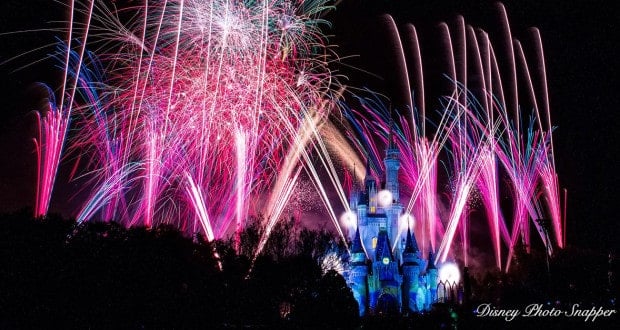 One of the best benefits that Walt Disney World offers to guests who stay on-site is the ability to use Extra Magic Hours. These hours allow guests to gain entry to certain parks an hour before general opening, or to stay in parks after it closes to the general public. While people differ on the utility of Extra Magic Hours, we think they’re great and have the following eight tips on how to use them.

8 – Do Popular Rides – Disney allows you to schedule three FastPasses each day in advance. You are unable to schedule those FastPasses during the Extra Magic Hours at each park, so try and take advantage of the smaller crowds and do some of the popular rides with low standby wait times. This can also compensate for when you visit parks that have more than three good selections for FastPasses. For example, when visiting Epcot, I usually use Extra Magic Hours to ride Soarin’ since it is in the same tier as Test Track.

7 – Uncrowded Photographs – the Disney PhotoPass photographers are present during Extra Magic Hours (and in parks that open early for breakfast), so, again, take advantage of the smaller crowds and get that perfect photograph of your family in front of Cinderella’s Castle or of the recently unobstructed view down Hollywood Boulevard at Hollywood Studios.

6 – Explore Usually Ignored Areas – when you are visiting a park during regular hours, people generally are on a mission. Between balancing FastPasses, ADRs, and shuttle buses, it can be easy to ignore areas that do not have a popular attraction or just exists to add ambiance to the park. I have taken advantage of this to explore the Discovery Trails around the Tree of Life in Animal Kingdom. Again, the fact that there are less people in the park (and most seem to use EMHs for rides and attractions), you can take your time exploring these areas.

5 – Shop – most merchandise locations are open during EMHs and you can take advantage of another Disney service and have your bags held at the park or sent back to your resort and not have to worry about doing that during the day. This can also be helpful for those members of your group who may not be staying at a Disney resort during evening EMHs. If you are in a park before it shuts down, Disney will not ask you to leave if you are not a resort guest, you will just be prevented from riding any rides. You are still able to do your shopping and exploring.

4 – Eat – this is more appropriate for the morning EMHs, but going to your favorite snack stand early in the morning, you can get a fresh and delicious snack. I took advantage of this during the recent 24 Hour Party at the Magic Kingdom by making my first stop at Sleepy Hollow for a Nutella and fresh fruit waffle. Be sure to check on-line to see if your favorite place is open during EMHs, not all food options (as well as rides) are.

3 – Go To Another Park – wait, what? Some Disney theorists argue that a park having EMHs actually increases the crowds at the park because people feel they need to take advantage them. This creates an effect that draws people from other parks and decreases crowds at the other parks. I haven’t noticed any difference in either the parks that do or do not have the EMHs. I generally go where the EMHs are and have never had any crowd issues, but it is something to be aware of.

2 – Better Plan Your Day – since you are able to come early or stay late, I like to use EMHs to make it easier for me to take a break. For example, on most Saturdays, Hollywood Studios will open at 8 AM for EMHs and Magic Kingdom will stay open for 2 hours after closing (usually until 2 AM). I like to get to DHS first thing and do what I want and leave shortly after lunch. I am able to go back to my room and relax and then head to Magic Kingdom once it starts to cool off around dinner time and enjoy the rest of the evening there.

1 – Early Dining Reservation – if you are not a Disney resort guest, you can get an ADR for before park opening and are able to get in before the general public to get some of these benefits. I always enjoy getting a breakfast reservation for Crystal Palace and experiencing the park that way.