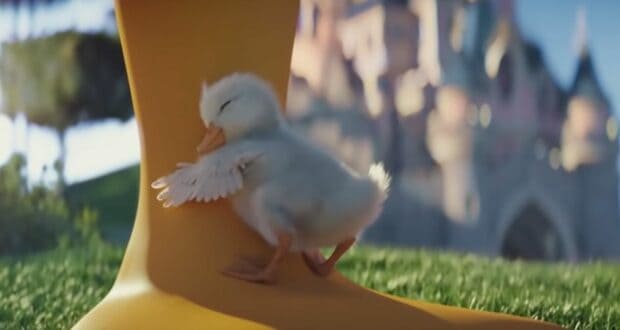 This Old Disney Commercial Still Makes Us Tear Up

Recently, an old Walt Disney World Resort commercial from 2015 resurfaced. And while that commercial went viral for its memories of all the Disney magic missing from the Parks today, this commercial still wins our hearts as one of the sweetest Disney commercials ever made.

Disney fans know that a Disney experience, film, or photo has a way of tugging at the heartstrings. With loveable characters like Mickey Mouse and his friends, along with iconic Disney structures and attractions, it’s no doubt Disney is embedded in our DNA!

So, in 2018, when a commercial called “The Little Duck” was released… we couldn’t help but get emotional. And yes, four years later, it still has us reaching for the tissues.

If you’ve never seen the commercial, you’ve been warned to get that box of tissues ready. Check out the 2018 “The Little Duck” Disneyland Paris commercial that is one of the best Disney commercials ever created, in our opinion.

“The Little Duck” was a commercial released on December 25, 2018, for Disneyland Paris, noting, “Disneyland Paris is a place where all the magic of the Disney world, its wonderful tales and its incredible stories, exists in real life. This epic melting of love, humor and bravery is for all those, young and old, who grew up dreaming of meeting a Disney character someday. At Disneyland Paris, magic is for real. #LaMagiePourDeVrai”:

Oh. My. Goodness. Not only are Disney ducks something we look out for at every Disney Park, but we can’t help but relate to the sheer joy this little duckling is experiencing when it sees its hero, Donald Duck, for the first time.

Have you ever been asked if a child is too young to take to a Disney theme park? Simply send them this video, and that should be the answer.

It’s a beautiful thing when children (or a cute duck in this case!) go from seeing Disney magic unfold in books and movies to becoming something actual and tangible right in front of them!

“The Little Duck” was a brilliant commercial. While Disney has released commercials since, including a Walt Disney World Resort 50th Anniversary Celebration commercial, none seem to carry this type of sweet emotion.