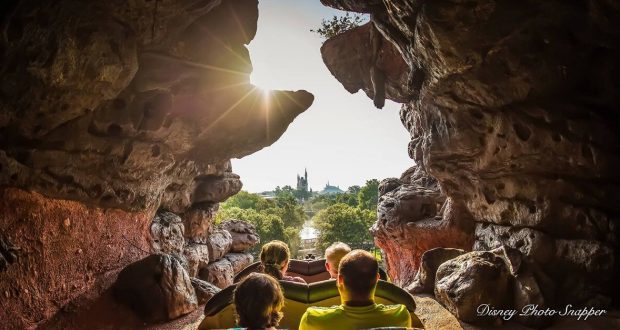 The Past, The Present, & The Future of Disney’s Splash Mountain

One of the most popular attractions at Walt Disney World (and other Disney parks) is Splash Mountain.  Prior to the parks shutting down due to COVID and crowds were much bigger, guests present at rope drop at Magic Kingdom would take part in a time-honored tradition of the Dash for Splash or the Race for Space — when guests rush towards either Splash Mountain or Space Mountain to ride the attraction with a short wait time.  Here is everything that you need to know about Splash Mountain’s past, present, and future!

Splash Mountain was developed out of a desire of former Disney CEO Michael Eisner’s attempt to revamp the parks to increase attendance by teenage and young adults by having a thrill ride at Disneyland.  Another attraction at Disneyland, America Sings, was underperforming, so Imagineers were looking for a use for the Audio Animatronics that would be coming out of that show.  These challenges merged in the creation of Splash Mountain.  In designing the ride, Imagineers developed the animated portion of Disney’s 1946 film, “Song of the South.”  The film centers on a plantation worker regaling a young boy with stories featuring the animals featured in the ride.   The film has a very complicated and troubled history — it has not been released theatrically since 1986 and has never been released on video.

The attraction opened at Disneyland in 1989 and the versions in Tokyo Disneyland and Walt Disney World followed a few years later in 1992.  Guests have enjoyed taking the plunge into the Briar Patch since the attraction was introduced.  Young guests look forward to the day when they are tall enough to climb into the hollowed-out log ride vehicle and see how wet they get dropping down the final hill.

Splash Mountain is subject to annual maintenance that generally occurs during the winter when temperatures are lower since many of the show elements are constantly submerged in water, but last year, Disney announced plans to re-theme the attraction in the coming years to remove all references to “Song of the South” and replace them with characters from 2009’s “The Princess and the Frog.”  The re-theme makes sense as the global environment regarding race is changing, but also given the setting of the “The Princess and the Frog.”

When the announcement was made, fans were treated to some concept art of the imagined renovations and re-themes, but given the changing nature of the COVID situation in Florida coupled with other renovations and ongoing construction at Disney World, no timeline has been laid out, so guests still have time to be able to experience Splash Mountain in it’s original form.   The same is true for Disneyland, but the situation in California is very difference since the parks there have not re-opened since they shut their gates last March.

We are huge fans of Splash Mountain and make a point to ride it whenever we visit the Magic Kingdom regardless of the weather, although it is the best on a hot summer night as a way of cooling down, but we are also excited to see the changes come to it as we love “The Princess and the Frog” and are curious about how Imagineers will reinvigorate this classic attraction and draw crowds to Frontierland for years to come!

Do you love Splash Mountain like we do?  What’s your favorite part of the attraction?  Are you as excited as us about the planned changes?