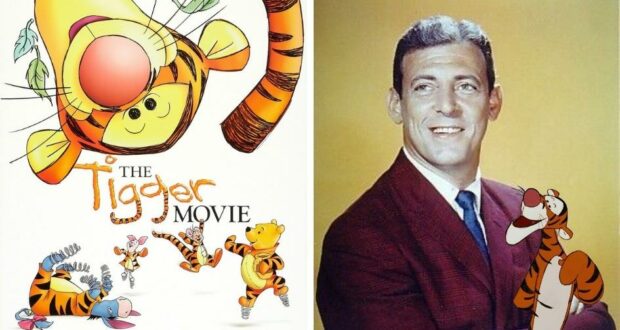 ‘The Tigger Movie’: The Disney Recast Far Worse (and Sadder) than ‘Lightyear’

This past week was filled with more talk about how Disney made a mistake in not casting Tim Allen as Buzz Lightyear in Pixar Animation Studios’ Toy Story prequel Lightyear. Allen had helped manifest the character, voicing him in all four Toy Story movies, shorts, and in the now-retconned 2-D animated straight-to-video movie, Buzz Lightyear of Star Command. I had argued why it made sense to cast Chris Evans, or anybody else, due to the film’s context in relation to the Toy Story series. But I concede the fact that it looks bad that Disney would just seemingly throw away the actor who helped establish one of the most beloved characters in the proverbial toy chest.

However, Tim Allen is not the first actor who did not get the chance to play his character when he finally got to be the star of his own movie, and here is one recasting story that is even worse than Tim Allen getting snubbed from Lightyear. Enter Paul Winchell, the original voice of Winnie-the-Pooh’s stripety pal, Tigger, who was not chosen by Disney to play the character in Disney’s 2000 animated feature film, The Tigger Movie. From the release of Disney’s short “Winnie the Pooh and the Blustery Day” in 1968, through the running of the Disney Channel original series, The Many Adventures of Winnie the Pooh, another wonderful thing about Tiggers was that he was only played by one voice actor. Sterling Holloway, on the other hand, was the original voice of the title-owning silly old bear, but Dinsey made the decision to cast Jim Cummings in the role beginning in 1988. The other characters, such as Rabbit, Eeyore, and Christopher Robin, were also given new voice actors throughout the years (and I will admit that I think it was amazing to see the legendary comic Craig Ferguson play owl in the latest feature film, but I digress). 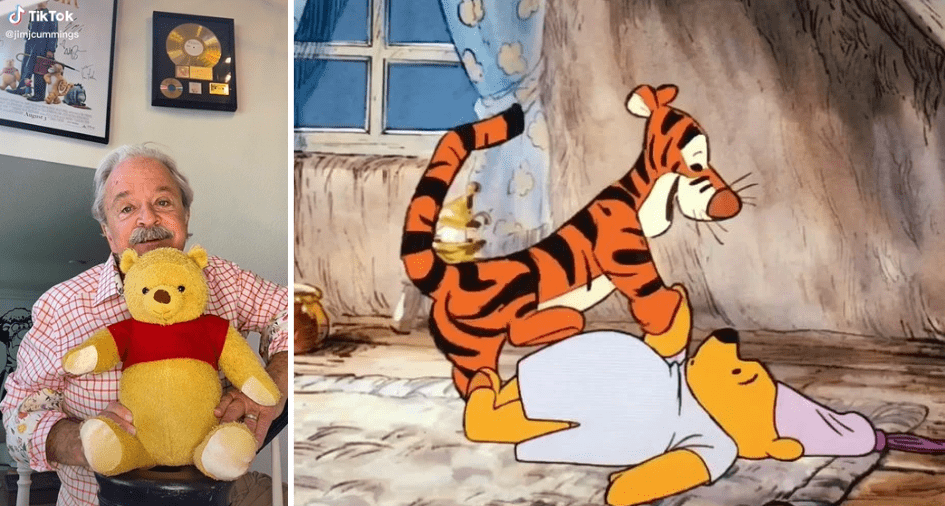 Paul Winchell dominated his role, winning a Grammy for Best Children’s Recording of the Year in 1974 along with Halloway and Sebastian Cabot for “Winnie the Pooh and Tigger Too.” According to The New York Times, he credited his wife, Jean Freeman, for coming up with Tigger’s iconic farewell, “T-T-F-N! Ta-Ta For Now!” But his tenure would come to an end right at the end of the 20th Century. According to most sources, the last time Winchell actively played Tigger–as in, recorded new dialogue for the character–was for the 1999 short, “Winnie the Pooh: A Valentine for You.” He would later return to reprise his role for the Disney Parks dark ride, “The Many Adventures of Winnie the Pooh,” at the Walt Disney World Resort in Florida. 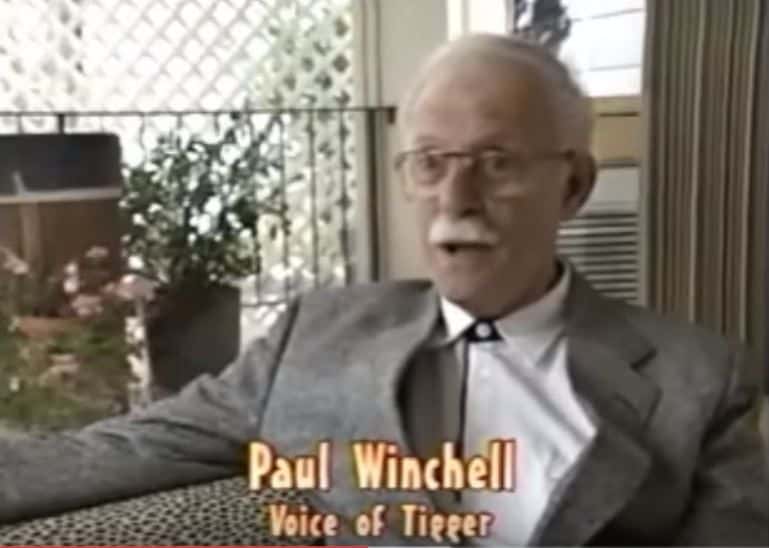 But the original Tigger did not get to play Tigger in The Tigger Movie. And there seems to be some discrepancy surrounding the reasoning behind the recasting. In my research, the recast essentially stands as a marker of his retirement. But all we know, according to IMDb and several other sources, is that “The reason given was the seventy-six-year-old’s voice was just too scratchy now to properly portray the character. Walt Disney Imagineers heard about this and insisted on hiring Winchell to provide Tigger’s voice for the new “Many Adventures of Winnie the Pooh” attraction at Walt Disney World. He was, and it’s Winchell’s voice that is used in the ride.”

Either way, the man spent over 30 years invested in building the lovable legacy Tigger holds today, and he did not get to deliver one final performance that saw Tigger take center stage in his own feature-length movie. Personally, I cannot see why someone would voluntarily stop that short of a mighty, voice-acting crescendo. Disney even got the Sherman Brothers to come back and write more Tigger-y songs to compliment “The Wonderful Thing About Tiggers,” like “The Whoop-De-Dooper Bounce,” “Someone Like Me,” and “Round My Family Tree.” This has to have been Disney’s call, and, in my opinion, it was a heart-breaking one. 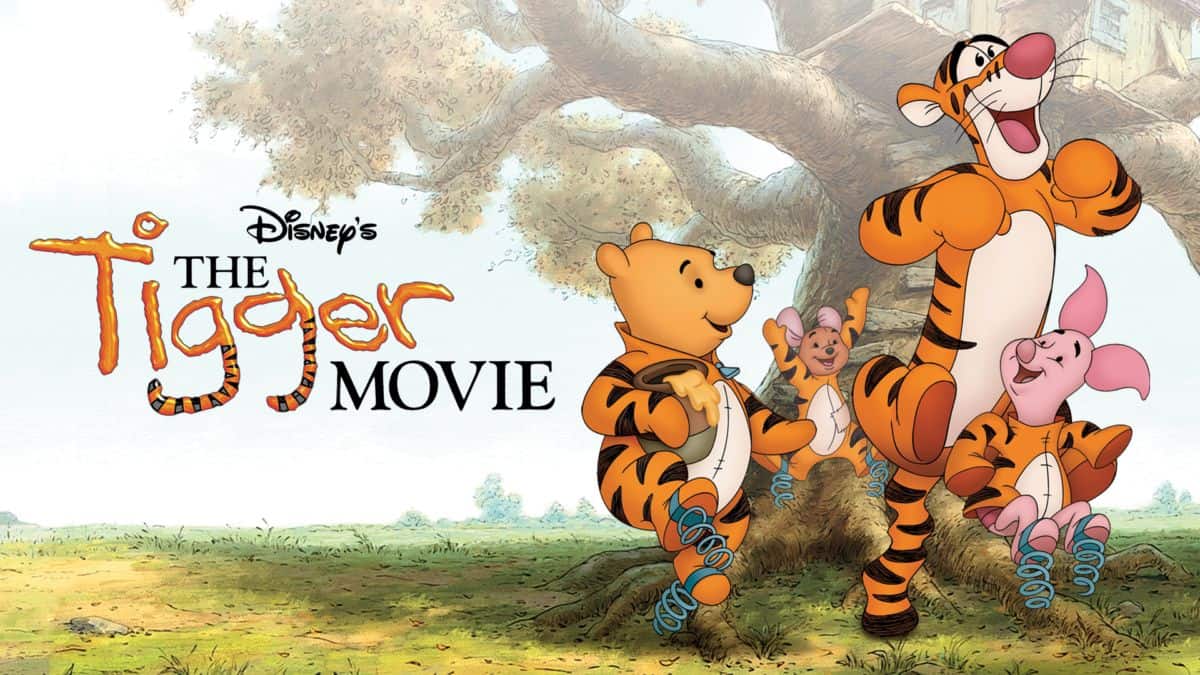 Of course, I mean no disrespect towards Jim Cummings. His voice brought so many of my childhood characters to life, and he is an absolute legend. Tigger is my favorite Winnie-the-Pooh character, and Cummings has done well with it. But whenever I watch The Tigger Movie, I cannot help but think about the man who spent 30 years building that character only to see someone else take it to the silver screen.

Fans can complain all they want about not casting Tim Allen for a character from which his character was supposed to have been spun off, but it will never top, in my opinion, what happened to Paul Winchell. That was the exact same character, the fulfillment of one of the most beloved Disney and children’s literary characters of all time, and the guy who brought him to life was turned away at the door. He never got the chance to properly give everyone one last “T-T-F-N!”

Disney’s The Tigger Movie is still a masterpiece of Disney’s late Renaissance Era, and I recommend all families take time to watch it on Disney+. But it would not have been possible if a man named Paul Winchell did not spend three decades helping Tigger win the hearts of Disney fans all over the world.

We at Disney Fanatic will continue to share Disney Movie news and stories with our readers as more developments come to light.