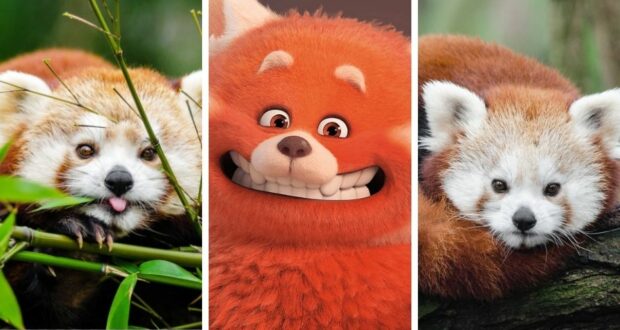 “They’re Like Teenagers”: Why Red Pandas Became the Stars of ‘Turning Red’

Anyone who has seen Turning Red, the new Walt Disney Animation Studios movie that recently premiered on the streaming platform Disney+, can agree that red pandas (particularly giant red pandas) are adorable. But, according to the team behind Turning Red, these animals were not actually chosen just for their cuteness! It was the red pandas’ teenage tendencies that actually gave director Domee Shi the idea to make these adorable fluffy animals the focus of the early-2000s movie.

In the behind-the-scenes documentary about the making of Turning Red called Embrace the Panda: Making Turning Red, the production team discussed how red pandas turned into Mei’s spirit animal.

“When I come up with ideas, they’ll just start from a very primal ‘I just want to see this cute thing onscreen’ [urge] and then I’ll find the meaning and the metaphor and the theme,” director Domee Shi said. If the animal that she has in mind is particularly cute, Domee Shi also thinks to herself, “they’re so cute, and wouldn’t it be awesome if they were gigantic”? 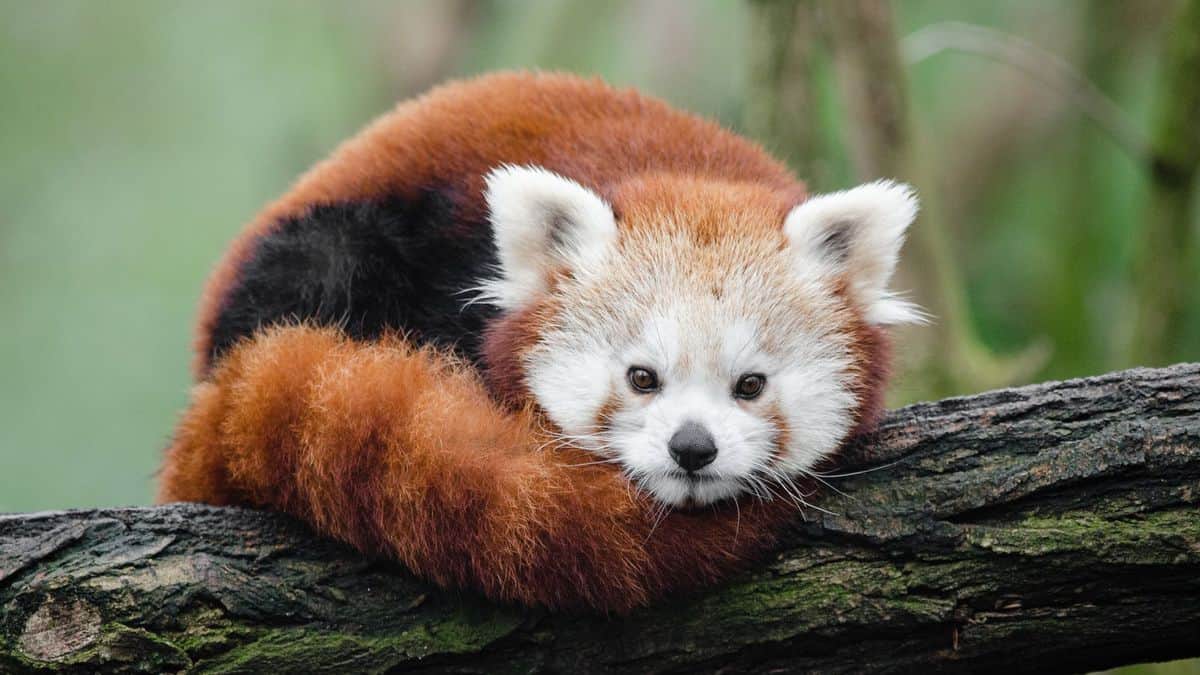 It’s true that red pandas are, as Domee Shi said, “really cute” — and even though she admitted that their cuteness factor was probably “the main reason why [she] was drawn to making a story about them”, there were also lots of other factors involved in the choice to make Turning Red red pandas the focus of a Chinese-Canadian teenage girl’s story! 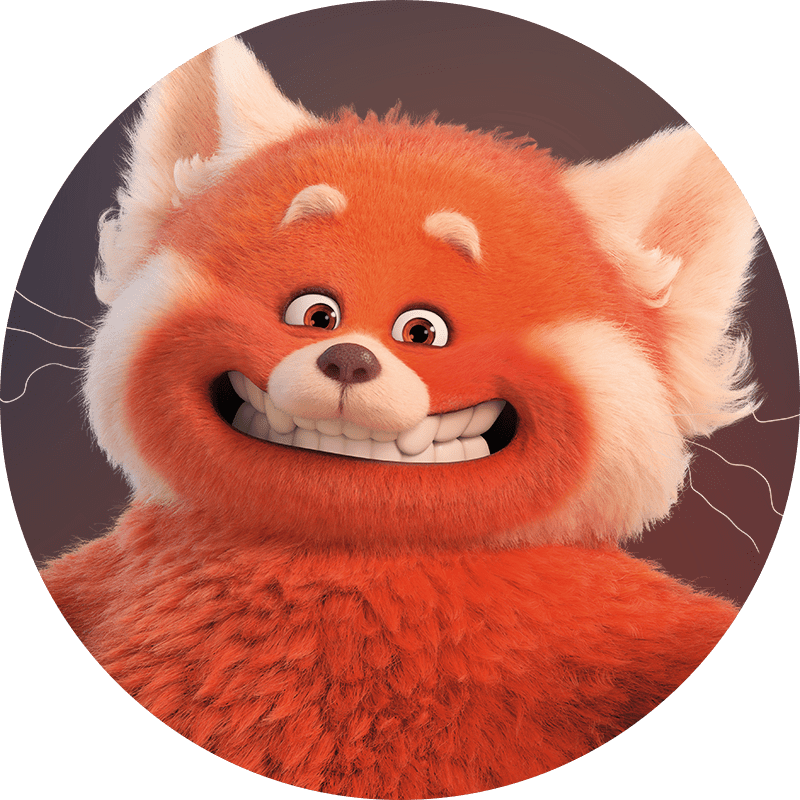 The fact that red pandas are Chinese and that their main colors (red and white) suit the Canadian flag were part of the choice to focus on them, too — but the biggest takeaway from this peek into red pandas’ nature was their similarity with teenage humans. 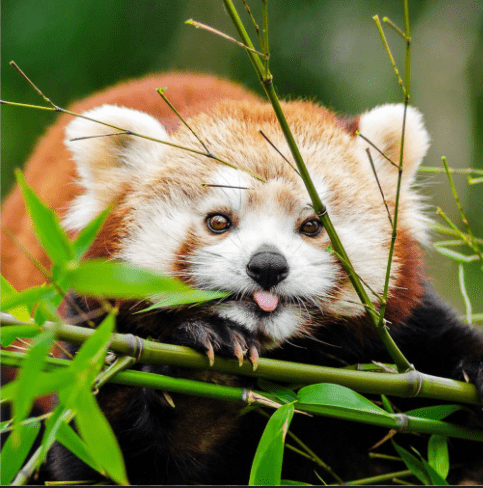 A red panda, albeit not a giant panda like Mei! Credit: archtopmusictherapy.com

Red pandas are “totally solitary,” producer Lindsey Collins said. “They don’t really communicate with one another. They’re kinda like, you know, teenagers”! In addition, Domee Shi pointed out that, like Mei in Turning Red, “they’re very attached to their moms” (just like Mei is attached to her mother, Ming Lee, who is played by Sandra Oh” and “they sleep all day”. 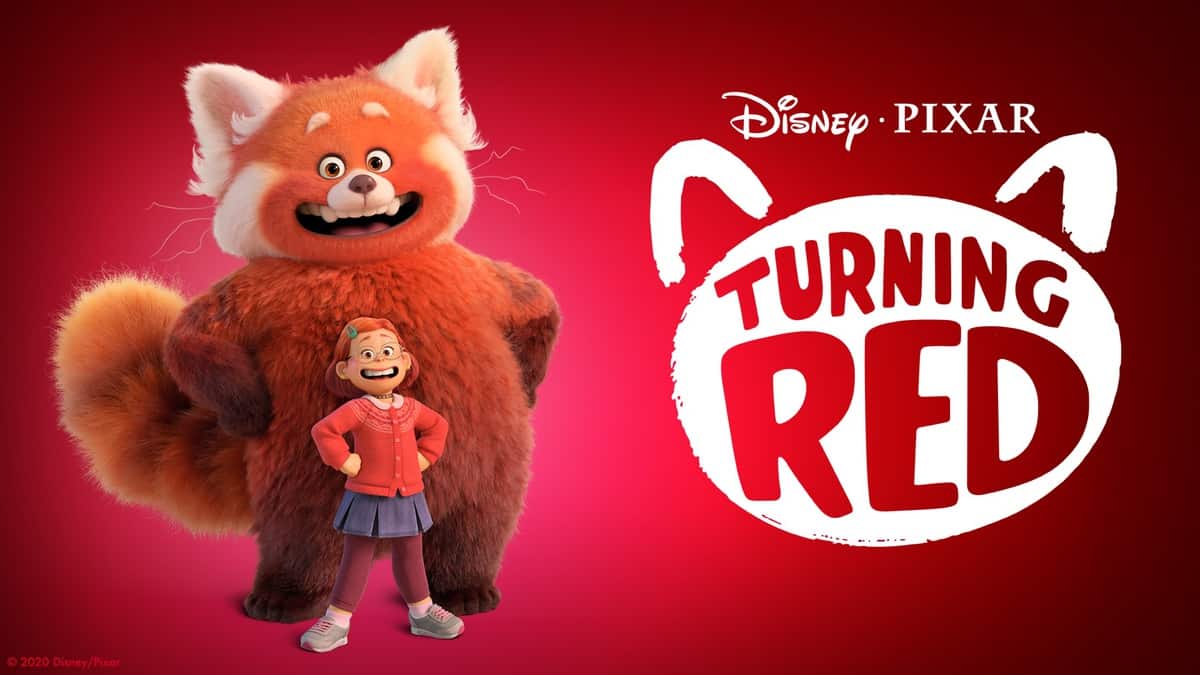 Red pandas are also fond of eating their version of junk food, ie. bamboo, which “doesn’t give them enough nutrients”. To Domee Shi, the average red panda really does act like “a lazy teenager eating chips and sleeping all day”! Did you know that red pandas have the habits of teenagers, and that their teenage angst is part of why they’re now Turning Red red pandas?