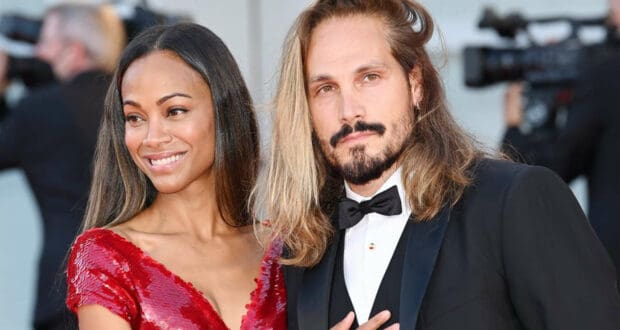 This Disney and Marvel Actress Has A Mind-Blowing Lookalike

Zoe Saldana is best known by Disney fans and Marvel fans for her roles in Avatar as Neytiri and her role as Gamora in the Marvel Studios Avengers and Guardians of the Galaxy films. However, have you ever seen Zoe in another movie and only realized afterwards that it wasn’t exactly her? As it turns out, there’s a well-established English actress who’s often mistaken for the American actress, and it’s Thandie Newton. Thandie is best known at the moment for her role on HBO’s sci-fi dystopian thriller “Westworld” (although she’s already had a long and successful career in England and abroad), but we can definitely see the resemblance between the two women!

Zoe is also aware of her similarities with Thandie, and so is her family (see the picture above for a view of Zoe and her unbelievably-romantic husband Marco Perego Santana). Apparently, Zoe still has trouble convincing her mother of the difference between her and Thandie; she said to James Corden that “my mom still thinks I’m in Westworld”.

The fact that the two women were pregnant around the same time also didn’t help with fans’ confusion, or with celebrities’! Thandie Newton revealed on the Graham Norton Show that fashion designer and former Spice Girl Victoria Beckham actually spent a significant amount of “SoulCycle” classes talking to her without realizing that she wasn’t Zoe Saldana. “She made a comment about how ‘it’s so great that you’re coming to SoulCycle even though you’re, you know, pregnant,” Thandie reminisced. She then had replied that she’d already had the baby, “thinking ‘oh God I obviously look rubbish’, and after a few more minutes of chatting [Thandie] realized that she thought I was somebody else and [she] said ‘um, Vic, do you think that I’m Zoe Saldana? And she was absolutely mortified…obviously it’s all right because Zoe Saldana [is an] absolute rare beauty…but up close, come on. And I’m English!” 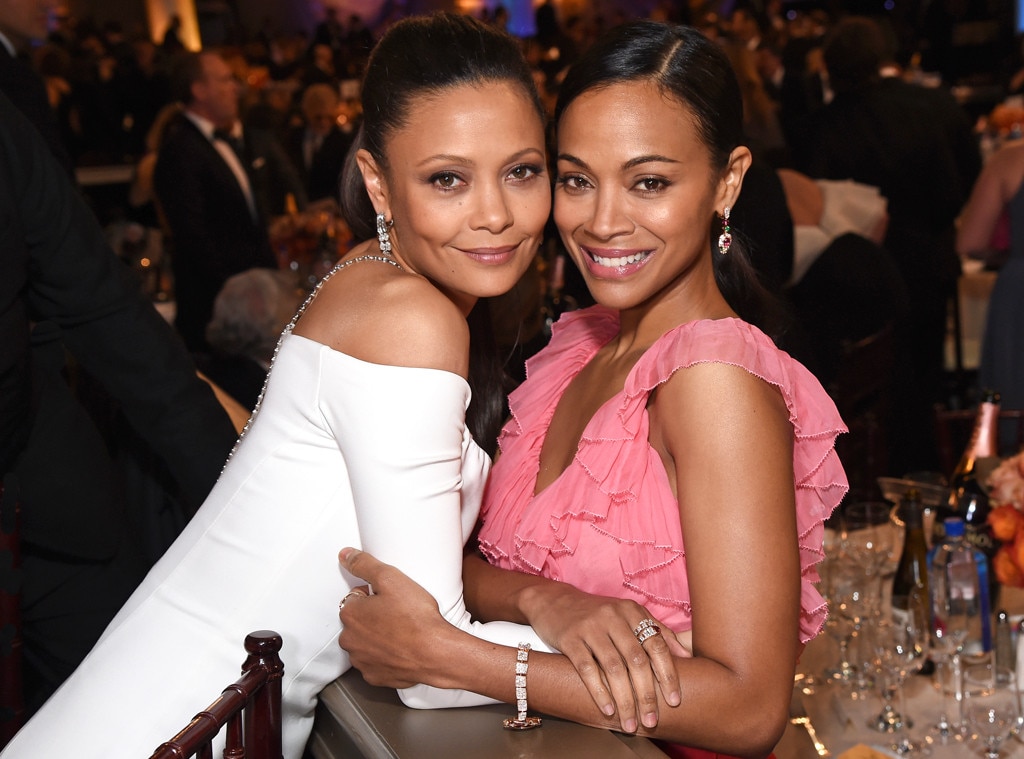 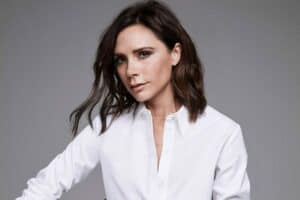 Despite her reputation among audiences as the most stoic Spice Girl, Victoria Beckham is actually known for being very funny and witty, so she probably managed to laugh off the mortification later! Zoe and Thandie have also responded to the mistaken-identity-situation with humor, and you can see them together in the image above! Zoe remarked on the above meeting on the James Corden show. “I met Thandie at the Golden Globes a couple of years ago and hugged her, I kind of scared her because I didn’t tell her why I was invading her space. I was just like, ‘Oh my God’, please tell me people confuse you with me…we text now. We’re friends so we’re special,” she joked. Do you think that these two actresses look alike? What about these two, or Keira Knightley’s uncanny lookalike?