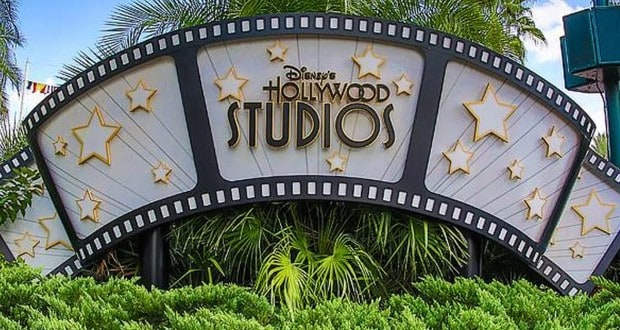 Hollywood Studios at Walt Disney World is an amazing theme park that has changed significantly over the years. With each and every trip I take I have certain things that I have to do within this amazing park. With all the new changes coming in the near future there will be even more new and exciting “must do’s” when visiting. The following are my top 10 things to do at Hollywood Studios.

10. Do some great shopping

Shopping at Walt Disney World is always such a pleasure and usually hits my wallet pretty hard. Hollywood Studios has some awesome unique shops where you can find some great souvenirs to take home with you after your trip. One of my personal favorites is Mickeys of Hollywood. The exterior truly takes you back to the golden age of Hollywood and then you get to do some amazing shopping!

9. Eat at a themed restaurant

Hollywood Studios is home to some very unique restaurants. You can go from eating at mom and dad’s house at 50’s Prime Time Cafe to watching cheesy horror flicks while eating in a classic sedan at Sci Fi Dine in Theater. If your looking for more fancy dining you can experience classic Hollywood at The Hollywood Brown Derby.

Hollywood Studios has 2 of the best thrill attractions in all of Walt Disney World. Twilight Zone Tower of Terror and Rockin Roller Coaster. Both of these attractions are very well themed and are extremely thrilling. They are also both inside dark attractions which makes them even more amazing!

Although Hollywood Studios is Walt Disney World’s third theme park opened there are definitely some classic attractions that are a definitely must do. The Great Movie Ride, Indiana Jones Stunt Spectacular, Star Tours, and Twilight Zone Tower of Terror just to name a few. It is even more so important now that the park is going through some major renovations. You never know what may not be there in the near future, i.e. Backlot Studios Tour, rip.

6. Get some great photos (before things change)

Since opening day on May 1, 1989, Hollywood Studios has changed quite a bit. Even the name, having opened as Disney MGM Studios. To this day it continues to change and grow. For this reason it is very important to take lots of pictures on each and every visit. You never know whats not going to be there the next time you visit.

Walt Disney World Resort’s 4 theme parks each have their own special show’s, parades, and performances and they are all wonderfully done and magical to watch. Fantasmic at Hollywood Studios is no exception. It is truly one of my favorites. I really love that it has its own area somewhat away from the actual park with stadium seating and concessions! It is one of the more unique places to watch a show. The show itself is very well done and has everything Disney fans love including Maleficent, Sorcerer Mickey, Steamboat Willie on a steamboat, and many other wonderful Disney characters dancing and singing! This is a must do for sure!

4. Eat at the Brown Derby

The Brown Derby at Hollywood Studios really represents the era of which the park is attempting to take guests to, 1940 and 50’s Hollywood. Eating at the Derby can transport you there and make you feel like you’re dining where the stars of yester year ate and hung out. Pay attention to the caricatures on the walls. The ones in the black frames are copies however the ones in the gold frames are originals. Oh, and don’t forget to order a cobb salad which was made famous in the original Brown Derby in Hollywood by owner Robert Cobb.

While walking down Hollywood Boulevard or Sunset Boulevard in Hollywood Studios be on the lookout for the Streetmosphere actors. There could be an old timey police officer, a aspiring actress, a director, a mayor and so on. The performances are very well done and their interaction guests can lead to some real knee slappers!

2. Look for the hidden secrets

One Man’s Dream in Hollywood Studios is a must visit for all Disney fans. It truly takes you on a journey of Walt’s life and has some amazing artifacts throughout including Walt’s 2nd grade school desk. The film at the end is also very informative and toughing. It may even bring a tear to your eye. Have tissue handy!