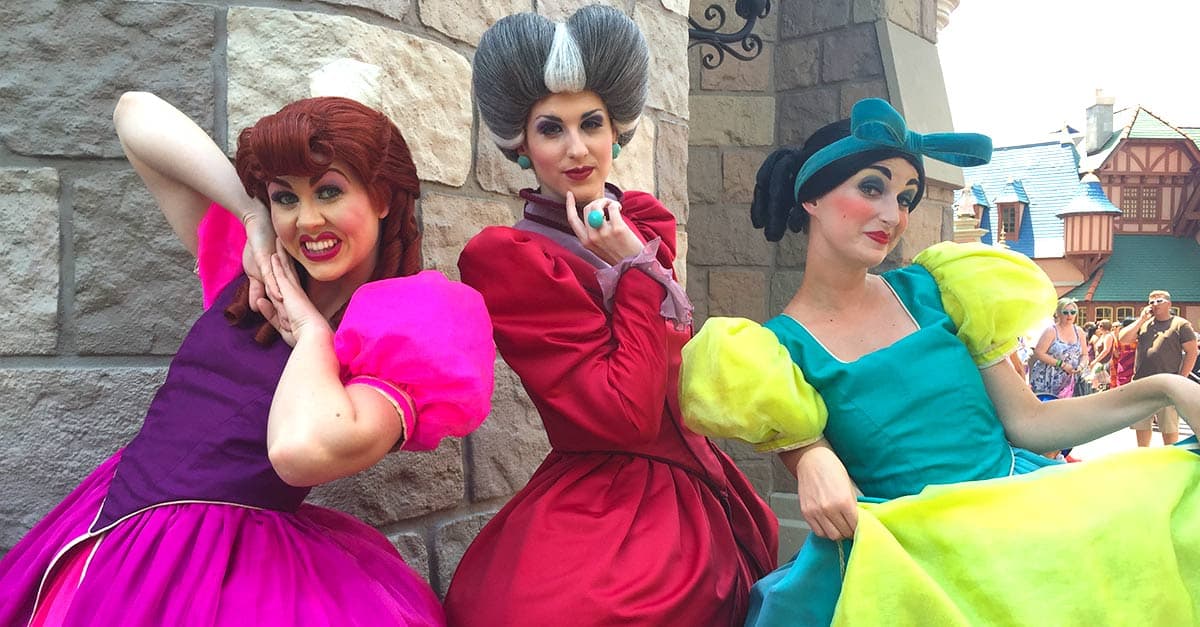 While Cinderella’s wicked stepmother and stepsisters seem like unpleasant human beings in the film, they are actually quite hilarious when you meet them at Walt Disney World! Although the bumbling family does not have a set schedule, you’ll occasionally find them wandering around the New Fantasyland border in Magic Kingdom. Anastasia and Drizella will usually bicker back and forth while Lady Tremaine tries to marry off one of her daughters to the single men in the crowd. They’re a group of characters you definitely won’t want to miss!