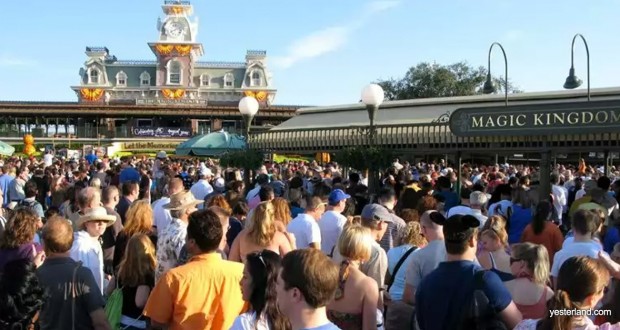 Crowds. No matter what you do, you can’t avoid them completely on your trips to the happiest place on Earth. Chances are you will have to deal with a crowd (or several crowds) no matter when you visit. There are however, certain times or events that are more crowded than others. Here are the top 5 most crowded events at Disney World!

The Food and Wine Festival is by far my favorite Disney World event. Hosted in September-November at Epcot, the Food and Wine Festival offers an array of authentic classic foods and beverages from over thirty countries from all around the world. While the festival runs for over a month, it tends to get filled up pretty quickly. At this time of the year, there are several events going on at Walt Disney World, so it is already taking place in high season to begin with. Usually crowds are in full swing by the afternoon, making lines at each countries food and beverage booth quite long. Since there are many visitors at the parks, they may also want to take advantage of the attractions, which can make those lines rather long as well. While this event always draws large crowds, it is a must-do for many, including myself. One way to try to avoid some of the congestion is to attend the festival during the week, when the parks are typically less crowded. Another method I enjoy using to speed up the process is putting money on a gift card that is on a wristband. These gift cards are available at the parks and are a great way to pay for your samples of food or beverages as you go. There is no need to have to search through a purse or backpack for cash or deal with dozens of small transactions on your statements. Lastly, arriving to the World Showcase at Epcot an hour before it opens will allow you to prepare for the event (using the restrooms, purchasing gift cards, etc.) so that when it opens, you can immediately enjoy the festival. Being there early allows you to beat some of the afternoon crowds at some of the booths too.

With millions of Star Wars Fans all over the world, it’s no surprise that this event would draw large crowds. Star Wars Weekends is hosted at Hollywood Studios at one of the peak seasons at Disney, May-June, and it offers special entertainment, fireworks, and character meet and greets, along with celebrity appearances and dining options. Many fans dress up as their favorite characters and spend the entire day at the park to engage in all things Star Wars. There is really no way to completely avoid these crowds since they are offered every weekend throughout May-June. If you are not interested in visiting Star Wars Weekends, but still want to check out Hollywood Studios, I would recommend scheduling your visit during the week since the events are only offered during the weekends.

Hard ticket events have become extremely popular since they started at Disney long ago. Many Disney goers like to enjoy these events, especially Mickey’s Not-So-Scary Halloween Party and Mickey’s Very Merry Christmas Party. With an increasing number of interested guests, Disney has raised their capacity each year to accommodate more guests. This obviously leads to larger crowds. If you don’t plan to attend these hard ticket events, I would try to schedule a visit to the Magic Kingdom (since most hard ticket events are here) on a day that the special event isn’t offered. If you do visit when it is offered, the park will close early, leaving you with less time to enjoy it. If you do plan on attending these events, while most entrance times stated are anywhere from 6-7 PM, you will be allowed in at 4 PM. This gives you an additional three hours in the park before the actual start of the event. Another way to enjoy the park attractions or rides during the events is to take advantage of the second parade time. Since most of the park guests watch the first parade, this is a prime time to enjoy the attractions and rides with less of a crowd.

With more and more attendees each year, the runDisney marathons have become so popular, that Disney has created several new marathons as the years have passed. These marathons sell out within hours of being available online, meaning there are more crowds at the parks during these events. If you do not plan on entering the runDisney marathons, be sure to check your travel dates and try to schedule around them. Last time I visited during the Princess 5K, we were late to the Magic Kingdom because of all of the detours the busses had to take. The afternoons were also very crowded at the parks because the runners finish early and then head over the parks for the day. The good news is that since these events are held super early in the morning, they will not affect most of your day at the parks. There are some cases where the last of the runners are still in the parks when it opens to the general public, but it won’t affect your day for the most part.

While this may not be an ‘event’ per say, these holidays are by far the most popular dates for massive crowds at the Magic Kingdom, so much so, that often times the park reaches capacity quickly, leaving many guests upset that they aren’t able to enjoy the parks festivities. The best way to avoid these crowds is to simply not go to the Magic Kingdom on these days. Getting to experience all of the parades, attractions, rides, and restaurants of your choice will not be possible due to the vast crowds. Visiting other parks is a better alternative for still getting the Disney magic in your schedule without having to wait in lines that are hours long. While the Magic Kingdom has a spectacular New Years Eve firework display, many guests are not aware that they practice the exact same display the night prior to New Years Eve. This is a great way to experience the magic without the massive crowds that would be expected the following day. Epcot also has a fantastic New Years Eve firework show, which is less popular than the one at the Magic Kingdom, but it is still beautiful and less crowded.

BONUS TIP: For more information on events at Disney World Resort, consider planning and booking your next Disney trip with an Authorized Disney Vacation Planner you can trust like Mickey Travels. They’ll help you get the best price for your vacation, share expert advice and their services are totally FREE! It’s genius! 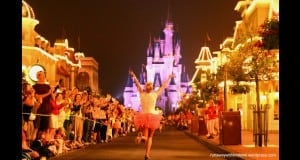 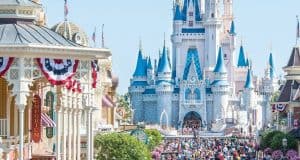 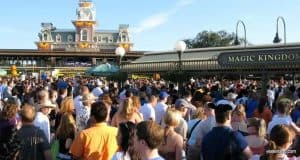