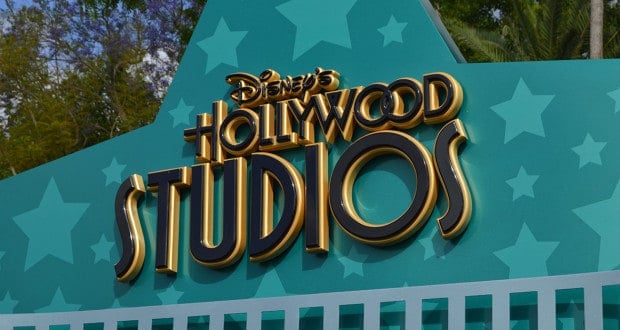 Unless you are new to the whole Disney universe, you’ve probably heard that Disney’s Hollywood Studios is going to be undergoing a DRAMATIC change. Coming to the park are a whole new Star Wars Land, as well as a Toy Story Land. To accommodate these changes, Disney has already announced a whole slew of closures for activities at the park. Some have been welcomed and even applauded (cite: The Legend of Captain Jack Sparrow); others have been vocally opposed (The Osbourne Family Spectacle of Dancing Lights); while others have been met with mixed emotions (Lights, Motors, Action and the Studio Backlot Tour). Preliminary construction has begun, but we don’t know if we have seen the end of the closures. Here is our list of five things we hope aren’t going to be changed at Hollywood Studios!

5 – Sci-Fi Dine-In Restaurant – along with #3 on this list, Sci-Fi Dine-In is one of the best themed restaurants at Disney World. People disagree over the quality of the food, but the ability to be able to watch 1950s B-science fiction movies while enjoying your food in almost complete darkness is a fun experience, especially for kids who can sit in the car ahead of the parents and feel like they are eating without mom and dad’s supervision.

We think that it is safe to say that this experience will stick around in some fashion because it is used for temporary themed Star Wars dining during the now extinct Star Wars Weekends, but maybe the experience makes an appearance during the Seasons of the Force. We wouldn’t be surprised to maybe see a re-theming of this restaurant to be more oriented with the Star Wars franchise, but keep some of the same character it currently has.

4 – Muppetvision 3D – we are worried about this attraction for a few reasons. For one, it is in the epicenter of other closures. Between Pizza Planet, Streets of America, and Lights, Motors, Action, Muppetvision 3D is on an island. The second reason we are worried about it is because it falls just on the footprint that Star Wars Land is rumored to take up. Thematically, seeing Gonzo and Miss Piggy in the same sight line as a Stormtrooper and Yoda certainly doesn’t mesh. And lastly, we are concerned for its future because of the ho-hum lackluster reception of the new Muppets show on ABC.

The Muppets is a much loved intellectual property of Disney’s and if Muppetvision 3D doesn’t make the cut, there will be no representation in the parks for the Muppets other than hard-to-find merchandise. We certainly hopes it makes the cut, we don’t visit this attraction on every visit the Studios, but we certainly love it when we do!

Disney could choose to leave 50s Prime Time as a restaurant, but much like Sci-Fi Dine-In possibly re-theme it to fit more with the new theme of the surrounding environment. We all would be upset if we can no longer find our sampler of fried chicken, pot roast, and meatloaf!

2 – Indiana Jones Epic Stunt Spectacular – a classic attraction to be sure and one that eats up a lot of crowds at Hollywood Studios, but could it be on the way out? It again touches the proposed renovation and construction sites for Star Wars Land, but does Disney a huge favor by dealing with a lot of the crowds during its daily shows. It’s ability to handle large crowds and coupled with the fact that Lights, Motors, Action, we feel that it will stick around through construction. It also handles special events such as cheerleading competitions throughout the year, so Disney would also be losing a multipurpose space.

However, even though it may dodge the chopping block for now, it is possible that once attractions and new space come online, Disney may decide to shutter this attraction because of the large amount of space it occupies and attempt to turn it into something relating to the new Star Wars Land.

1 – Shopping Areas Behind Muppetvision – a lot of things hide behind Muppetvision 3D that add to distinct character of Hollywood Studios. You have a store offering a variety of merchandise, including Muppets items, but you also have It’s a Wonderful Shop that sells a variety of holiday-themed merchandise throughout the year and is a wonderful hidden gem to stumble upon. Also back in that area is Mama Melrose’s Italian Ristorante that serves a bevy of wonderful Italian food.

We hope that this area is saved from the wrecking ball and that the Imagineers can develop a cohesive theme to allow it to stand on its own between its new neighbors Star Wars Land and Toy Story Land.

Hollywood Studios is going to be a juggernaut of a park once all of the changes come online. With the new additions, however, we hope that it doesn’t lose the eclectic charm that it has cultivated during its existence. What are you most hoping that isn’t taken away from Hollywood Studios?