Disney Parks are celebrating the culture and cuisine of Colombia this holiday season largely in part to the newest Disney animated film to hit theaters, ‘Encanto.’ ‘Encanto’ is giving Guests from all over the world the opportunity to immerse themselves in classic Disney storytelling set in Colombia, and we have loved seeing the new artwork, special photo ops, and more that have popped up around the parks in celebration of the film. For Guests visiting the Disneyland Resort this holiday season, there are even more ways to celebrate Colombian culture through menu items at the Festival of the Holidays, thanks to Chef Mo! While planning dishes for the Festival of the Holidays Chef Moises “Mo” Carranza and his team were looking for ideas and eventually chose to create a dish around the arepa, the delicious South American street food. As Chef Mo shared with the Disney Parks Blog, “The arepa is basically a corn cake… I can compare it to the American burger, Mexican taco or the Italian pizza… You can fill it with anything you want.” 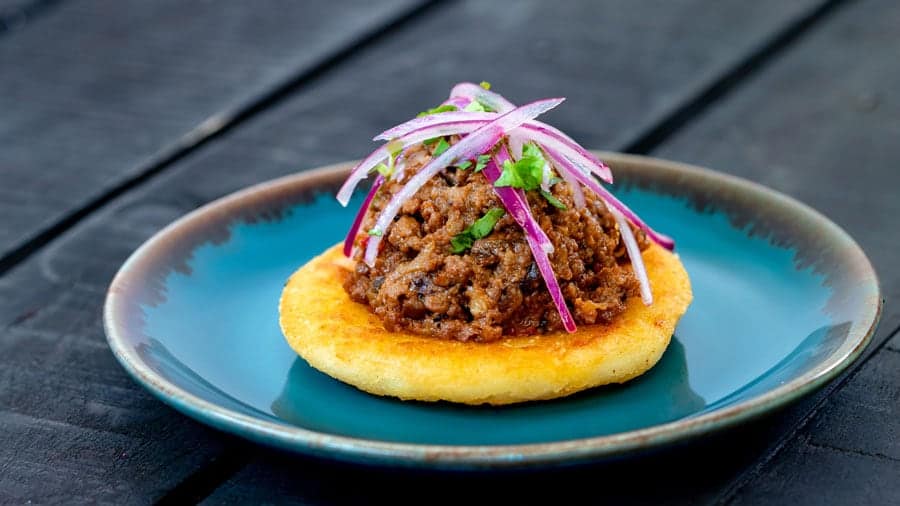 Arepas are usually topped with chicken salad, but Chef Mo and his team changed it up for the Festival of the Holidays by using a sofrito with Impossible plant-based meat and dairy-free cheese, creating the Impossible™️ Arepa Encantada just for the holiday season. 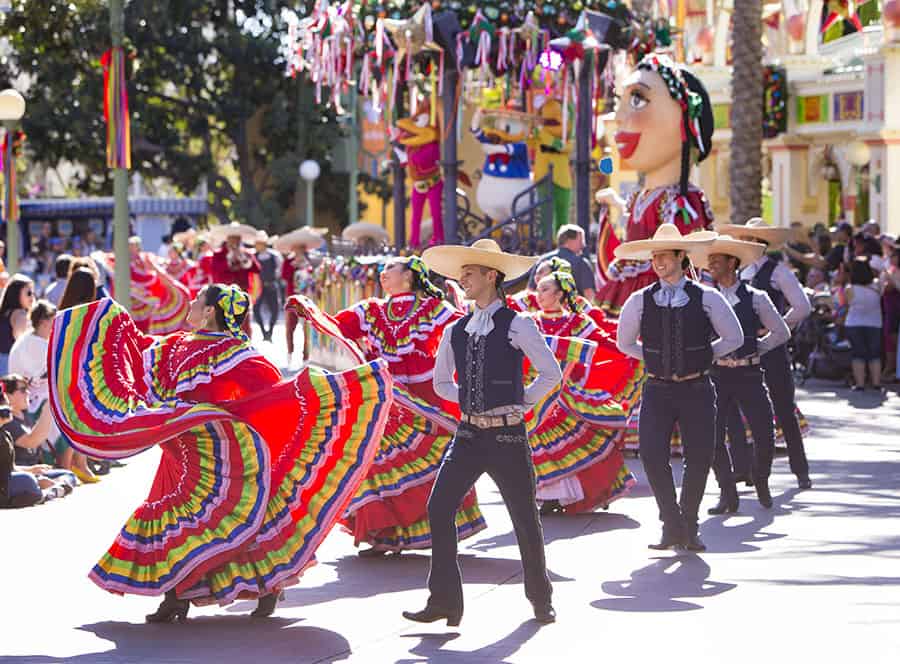 Chef Mo began his Disney career in 1981 when he worked as a steward at the Plaza Inn. In fact, he is one of many Disney Cast Members who began their Disney journey as a summer job, but never left! While speaking with the Disney Parks Blog, Chef Mo also shared, “A lot of my friends outside of work, they wonder if I’m done, if I’m tired… No, never!…I come in every day with the same energy I had back in ’81 and ’82 when I thought I was blessed to have this job, because it was really the American dream.”

In addition to seeing “Encanto” in theaters, you can celebrate the film with Chef Mo’s arepas at the Festival of the Holidays, or during Viva Navidad at Disney California Adventure.