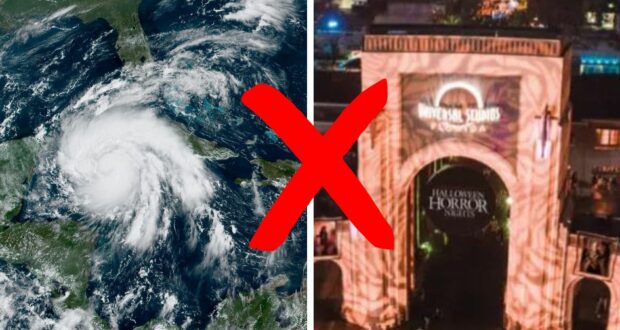 Hurricane Ian did a lot of damage in the state of Florida, affecting the lives of Florida residents, plenty of Florida property, and at least one unexpected Walt Disney World Resort ride.

However, Disney’s direct competitor Universal Orlando Resort also faced some negative effects from Hurricane Ian (which also became tropical storm Ian) — and apparently, the damage is bad enough that one seasonal Universal attraction might not be able to come back this autumn!

Here’s a look at the damage at Jurassic Park River Adventure at @UniversalORL https://t.co/9Vr4NGNneC

We already saw, during the hurricane coverage, that two popular Universal Orlando Resort attractions had sustained some damage from Hurricane Ian. One of those rides was the Jurassic Park River Adventure on the Universal Studios Islands of Adventure, and the other was the somewhat-now-underwater ride called The Incredible Hulk Coaster.

It appears part of The Incredible Hulk’s roller coaster track is underwater at @UniversalORL. https://t.co/YEJ2Mtx4Tg

Unfortunately, the damage to the Walt Disney World Resort competitor has not ended there. Apparently, a portion of Universal’s popular Halloween Horror Nights show called Ghoulish! A Halloween Tale will not be back this autumn. 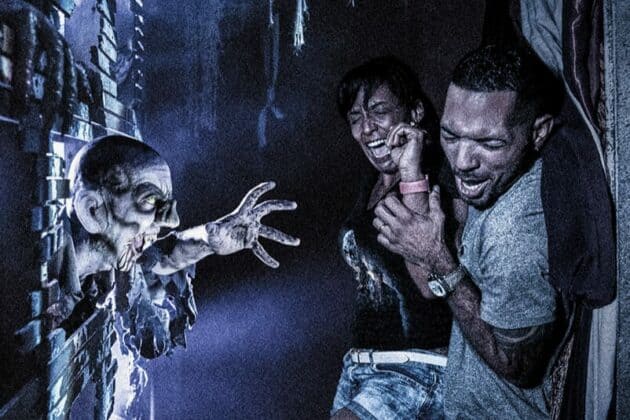 Universal has not confirmed this yet (although Universal Orlando Resort did add two additional dates to the overall Halloween Horror Nights event in order to make up for the two nights that had to be canceled due to Hurricane Ian), but a report from ScreamScape suggests that the infrastructure required for the Ghoulish event is indeed too damaged to make another appearance this fall.

Walt Disney World Resort began a phased reopening the Friday after Hurricane Ian made landfall, with Universal Orlando Resort announcing its own phased reopening shortly after Disney had announced its plans.

Now, it seems like Disney World is mostly back in business — although Expedition Everest has experienced an unexpected event from Hurricane Ian. However, Universal’s reportedly-canceled autumn show and the damage that was done to two popular Universal rides suggest that this competing theme park destination might have been hit harder than Disney World was!