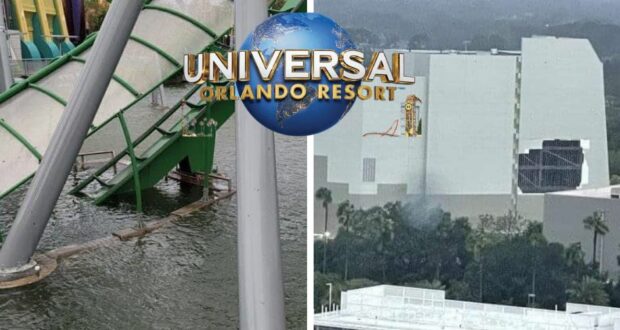 Universal Orlando Resort is known as Walt Disney World Resort’s big competitor — but it seems like for once, Universal Orlando Resort has won a competition with Disney World that it did not want to win. While assessing the damage from Hurricane Ian (which was downgraded to a tropical storm, but not before impacting many people and businesses in the state of Florida), Universal seems to have borne the brunt of more hurricane damage than Disney World did (although the assessment of the damage is still ongoing).

Both theme park and resort destinations are opening in a phased reopening schedule today, September 30; Disney announced their phased reopening before Universal did. Disney Guests are now reporting back and sharing the somewhat-minimal damage that they have seen at the moment, but Universal visitors are doing the same!

We can see in the images shown below that portions of the roller coaster track that serves as an integral part of the Incredible Hulk Coaster (which can be found within Universal’s Islands of Adventure) are still underwater. Flooding has been a big problem with Hurricane Ian, leading to challenges for Orlando International Airport as well.

It appears part of The Incredible Hulk’s roller coaster track is underwater at @UniversalORL. https://t.co/YEJ2Mtx4Tg

We can also see in the images below that the Jurassic Park River Adventure has suffered some striking damage: part of the attraction’s infrastructure has blown off, presumably due to the heavy winds that accompany tropical storms and hurricanes like Hurricane Ian!

“Ouch. That looks expensive,” one Universal fan wrote on Twitter. Since Universal Orlando Resort and Walt Disney World Resort put a lot of money into their roller coasters and attractions, with experts like Walt Disney Imagineers and regular Imagineers working hard, it does seem likely that this will be an expensive fix (although not, perhaps, as expensive as bringing the Incredible Hulk Coaster back into working condition after its time underwater).

Here’s a look at the damage at Jurassic Park River Adventure at @UniversalORL https://t.co/9Vr4NGNneC

Walt Disney World Resort was not left unscathed, with locations like Disney’s Contemporary Resort suffering from the hurricane, but since two of Universal Orlando Resort’s popular rides were negatively affected — and one appears to still be somewhat underwater — it looks like Universal might possibly be dealing with more repairs than Disney World will be. 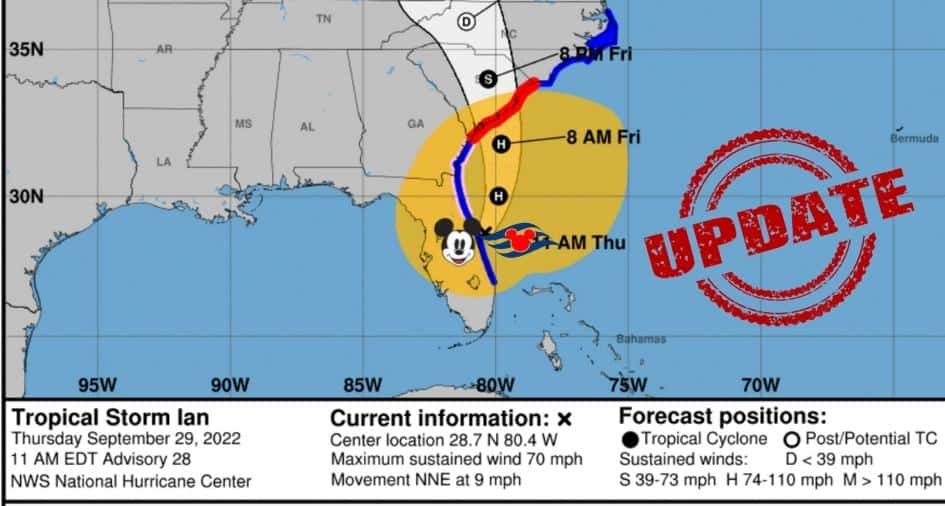 Disney Fanatic has been steadily covering Hurricane Ian and its impact on Florida, as well as Walt Disney World Resort, and we will continue to keep our readers updated with breaking news regarding the tropical storm and Disney’s recovery from storm damage.