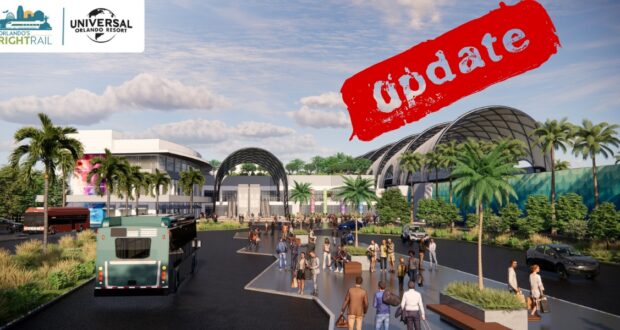 What started as glorified commuter travel between Miami and West Palm beach is turning into a rapid, high-quality transportation system connecting residents and tourists to all of the major points of South Florida. The first half of 2022 saw the completion of Brightline’s new station in Orlando International Airport’s new terminal, as well as a partnership made between the private high-speed rail service and Orlando’s commuter train, SunRail, to create two news stations within the vicinity of Universal Orlando Resort, Walt Disney World Resort, the Orange County Convention Center, and the other attractions along International Drive (I-Drive). 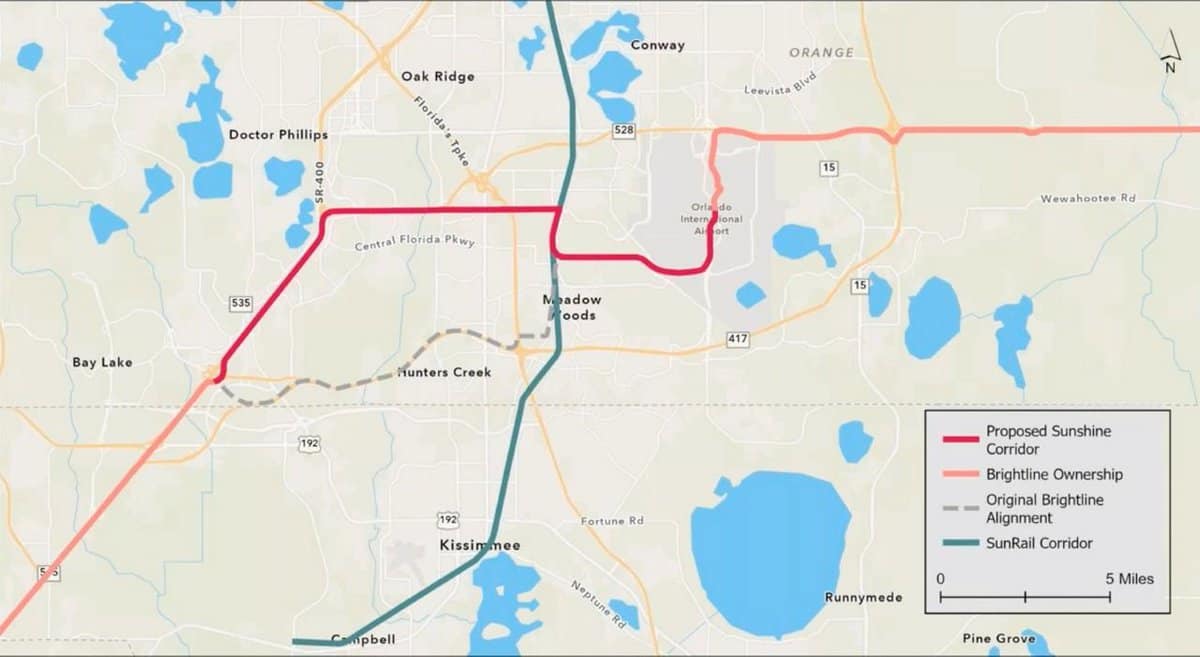 This week progress on a Convention Center station was made.

According to Spectrum13, “Universal Orlando, along with Orlando’s Right Rail coalition, announced plans Thursday to create a community development district that will “plan, finance and operate” a SunRail station at the Orange County Convention Center.”

Disney Fanatic previously reported that Universal pledged 13 acres of land along with $125 million in bond financing in support of the additional station. The community development district, named the Shingle Creek Transit Unity Community Development District, would create the connection between Orlando International Airport, the SunRail mainline running from Kissimmee to Downtown Orlando, the Orange County Convention Center, and South I-Drive. This section of rail will be utilized by both SunRail and Brightline, which intends to expand further over to Downtown Tampa. 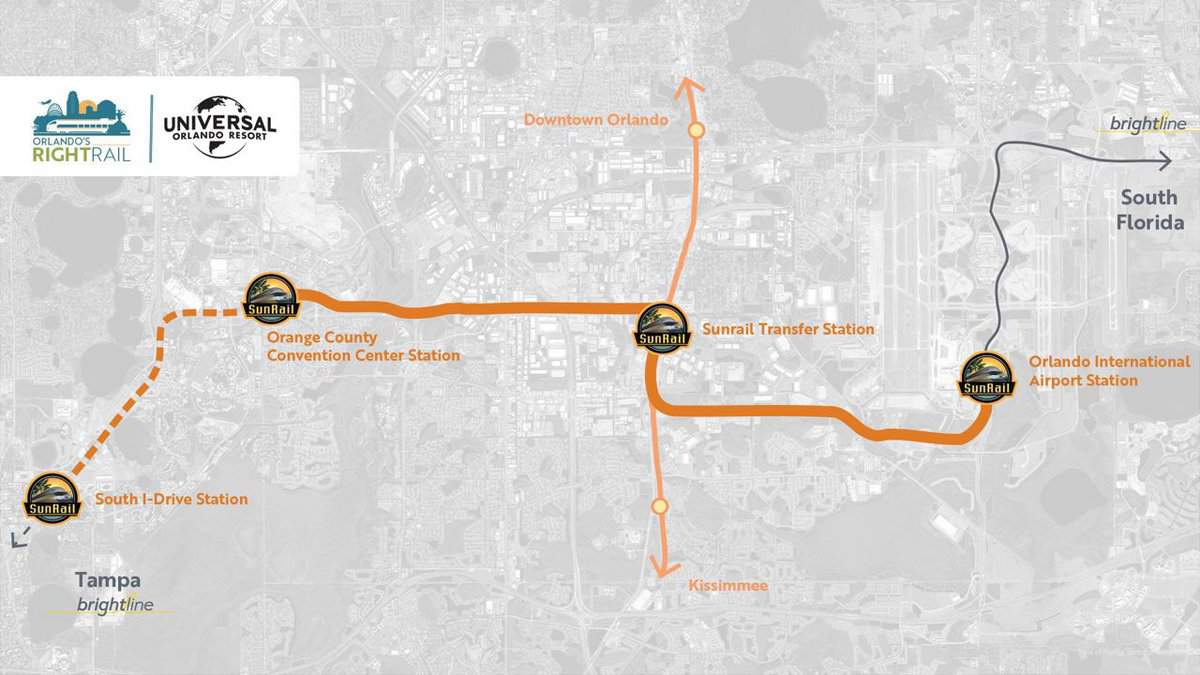 “We are one step closer to creating a multi-directional commuter rail system that benefits our entire region,” Universal Parks & Resorts executive vice president John Sprouls said in a statement. “The new SunRail corridor and convention center station will make it easier for residents to get to work, the airport and to the places they love. And it will enable business growth within the International Drive area and across the region.”

Rail connection from MCO to a Theme Park was in Brightline’s original expansion plans. They intended to build a station on Walt Disney World Property, specifically at Disney Springs. However, after intense rounds of political juggling and interjection from Universal and Disney’s other competitors, the plans for a Disney World station were scrapped in favor of the more regionally-focused two-station plan officially titled the “Sunshine Corridor.” Disney reportedly refused to provide any further support to the rail project, and it is unclear at this time how the Most Magical Place On Earth intends to utilize the station near its property. 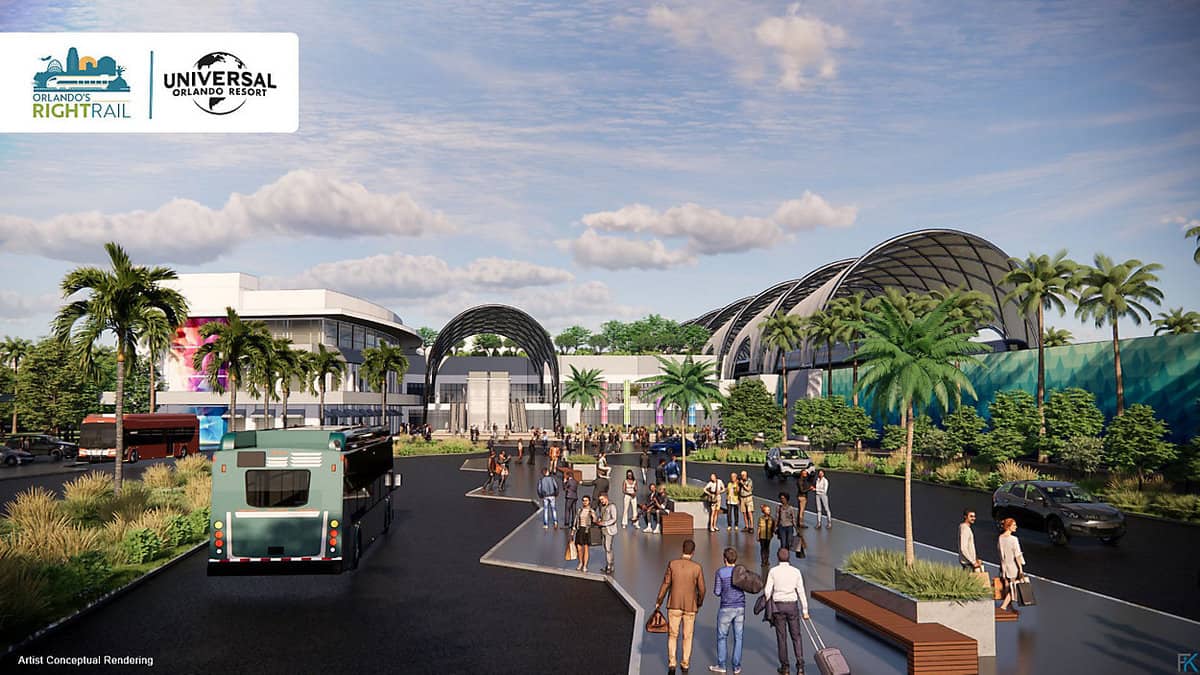 It is also unclear how Disney World is expected to benefit from this plan in general, but the new development district reported guaranteed Universal will earn $13 million in annual ticket sales from the rail line.

This news comes as anticipation builds for Brightline to begin passenger service between MCO and its Miami Central Station in Brickell later this year. But there is still no clear word on when fans can expect the new rail line to be operational.