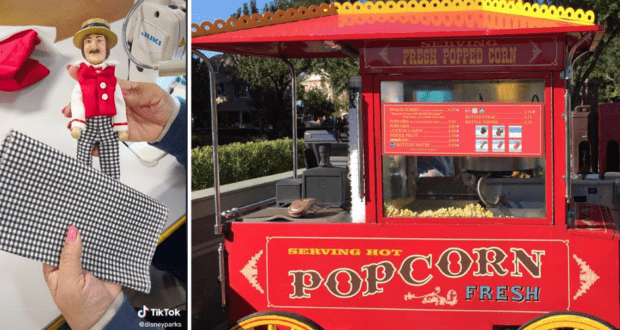 Video: Behind the Scenes at the Creation of Disneyland’s Popcorn Animated Dolls

Have you seen the adorable popcorn animated dolls around the Disneyland Resort? You can find them in popcorn carts throughout Disneyland churning out new buttery, salty, popped kernels for Cast Members to scoop.

Disney just took to TikTok to share a video of the seamstress who creates the costumes for these dolls, and the design process is fascinating. Watch the video here:

Have you ever wondered who makes the costumes for the Popcorn Animated Dolls? 🍿 #Disney #DisneyParks #Disneyland #DisneyCastLife #Popcorn #Dolls #Costume

Related Post: Video: Peek Inside the Adventureland Suite at the Disneyland Hotel

The animated popcorn dolls, sometimes referred to as “Roastie-Toasties” have been calling Disneyland home since the park opened in 1955. The tradition of Disneyland’s animated popcorn dolls actually goes back to the unique style of popcorn carts used in the park, from C. Cretors & Co., a mid-19th century company that became known for the clown dolls that “worked” their popcorn carts.

Previously, Disney also shared a video to YouTube detailing the history behind the park’s “Popcorn People”:

In the video, we can get a glimpse into how each popcorn cart around Disneyland now has not a clown, but a doll that fits the theme of the area of the park where the cart is located in. You can also see a spacesuit on the doll for the cart located in Tomorrowland, as well as some seasonal looks like a Santa Claus outfit and Oogie Boogie from Tim Burton’s The Nightmare Before Christmas (1993), and more. 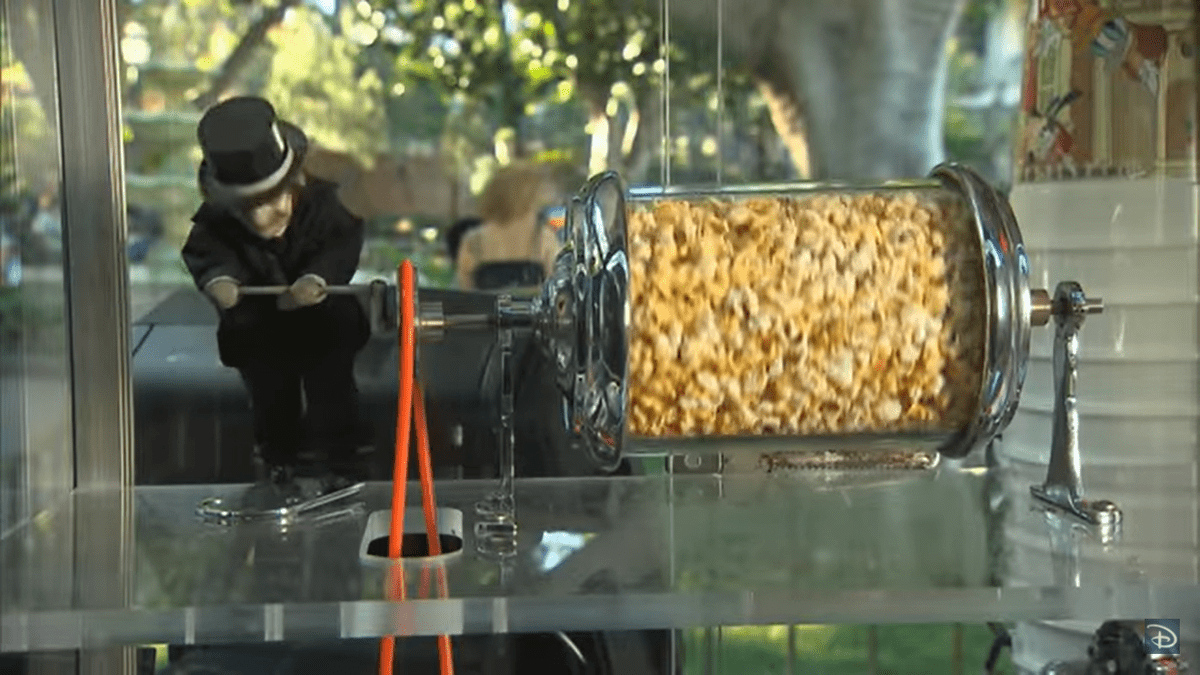 You can find popcorn carts sporting “Roastie-Toasties,” “Popcorn People,” or animated popcorn dolls in each land around Disneyland Park, so be sure to keep your eyes peeled for these extra magical additions to this classic Disney snack during your next stroll through the park.