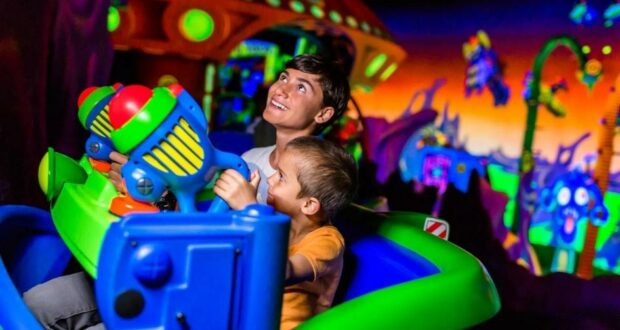 Another animatronic malfunction has been reported at Disney World’s Tomorrowland. But, surprisingly enough, this one story does not involve The Carousel of Progress.

The animatronic in question is the life-size Buzz Lightyear action figure found in the briefing section of the queue for Buzz Lightyear Space Ranger Spin at Magic Kingdom Park.

A video uploaded to TikTok by @everythingdisney123 shows the animatronic going through its normal script as its right hand dangles from its arm, connected only by the electrical wires.

Like all of the attractions at the Walt Disney World Resort, Buzz Lightyear Space Ranger Spin is one that shows its age through the “wear and tear” found on the ride vehicles. But Buzz Lightyear himself has been kept in decent condition. It is unclear how long Cast Members kept the ride operating before tending to its main character. Buzz Lightyear’s Space Ranger Spin is a fun interactive attraction that stands, along with its Disneyland Variant Buzz Lightyear Astro Blaster, as the precursor to the other shooting game rides found at Disney Parks like Toy Story Mania and WEB Slingers: A Spider-Man Adventure. 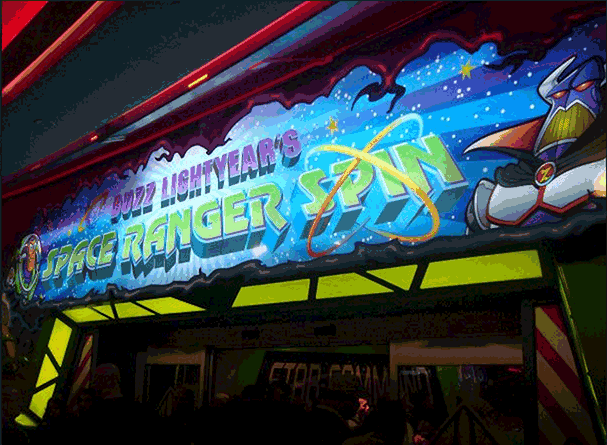 Board your XP-37 star cruiser and voyage deep into the Gamma Quadrant, where you’ll take aim at the glowing “Z” targets with your infrared laser cannon. Use your cruiser’s joystick to spin a full 360 degrees, so you can blast all the targets in sight.

Do you have what it takes to stop Zurg and his rampaging robot army before it’s too late? The fate of the universe is in your hands!