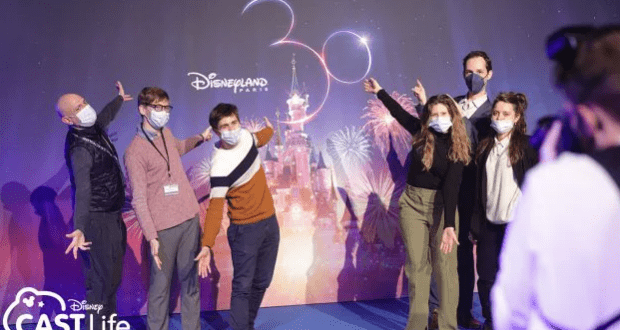 This year marks the 30th anniversary of Disneyland Paris, and the resort’s Cast Members recently got to preview some of the upcoming festivities planned for the celebration at a Cast-exclusive event. The event featured the new original song created just for the occasion, plus a look at new experiences coming to the parks and resorts. Take a look at the video below:

Cast Members in attendance were among the first to hear the new theme song created just for the 30th anniversary of Disneyland Paris called “Un Monde qui s’Illumine,” along with other unique offerings set to debut for Guests beginning March 6, 2022.

The event kicked off with warm welcomes by Natacha Rafalski, President of Disneyland Paris, Daniel Delcourt, Executive Vice President, Operations, and Guillaume Da Cunha, Vice President, Human Resources, along with lots of Cast Members who are excited to create happiness for Guests in an all-new way in the coming year. 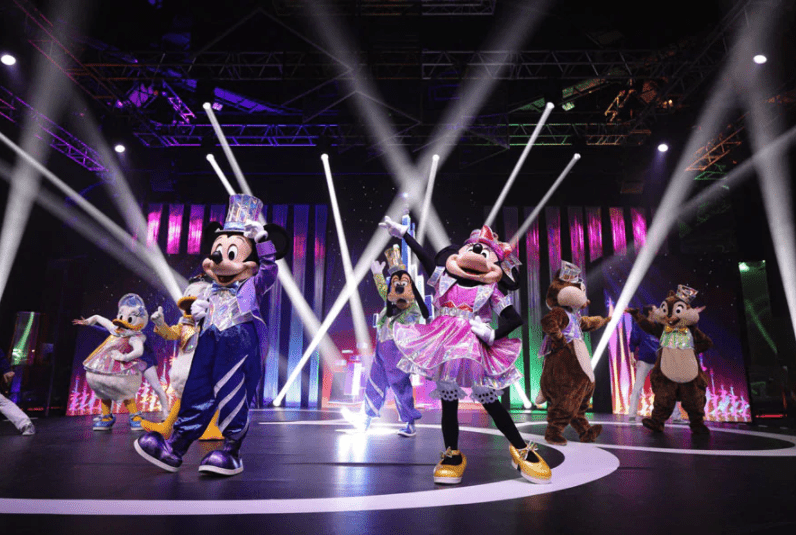 The evening featured an exhibit showing the new iridescent costumes favorite Disney characters will wear during the celebration, as well as a first look at the new Disney D-Light night sequence, new anniversary-exclusive merchandise, and more.

Consumer Insight Cast Member Shirley told the Disney Parks Blog, “I can’t wait to see the reaction of our guests when they experience the show with the drones. It should be spectacular.” 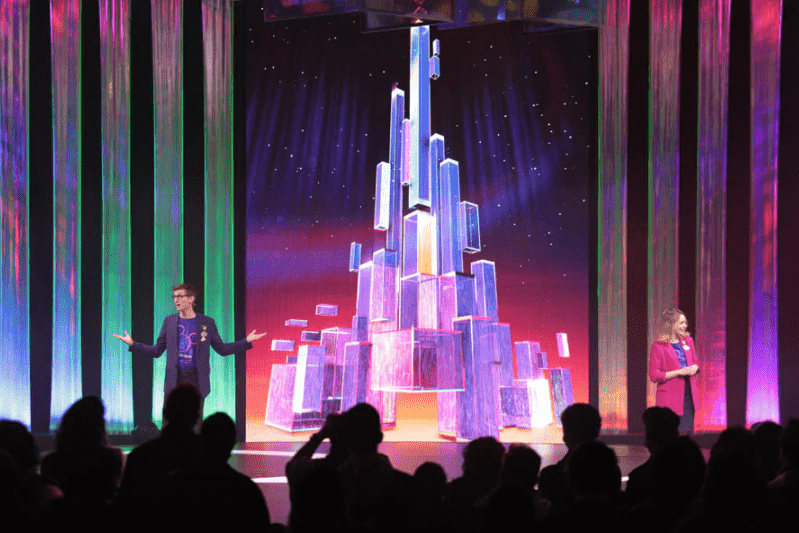 Cast Members also saw Minnie’s brand new outfit for the occasion, new floats for a daytime show called “Dream…and the Shine Brighter,” and the first sculpture to debut during the anniversary celebration at the Gardens of Wonder. The evening was capped off with special appearances by Mickey, Minnie, and friends, showing off their new 30th anniversary outfits that Guests will be able to see for themselves at character sightings and events beginning on March 6.

Check back on the Disney Parks Blog for more updates from the 30th-anniversary celebration at Disneyland Paris.