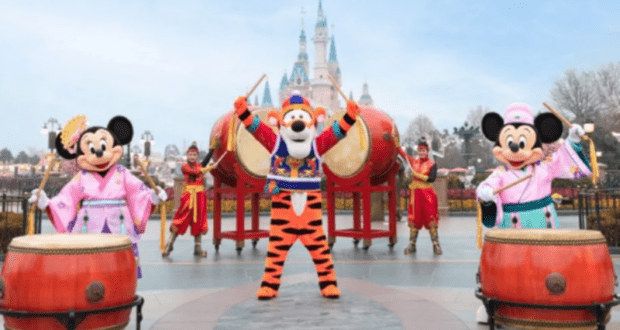 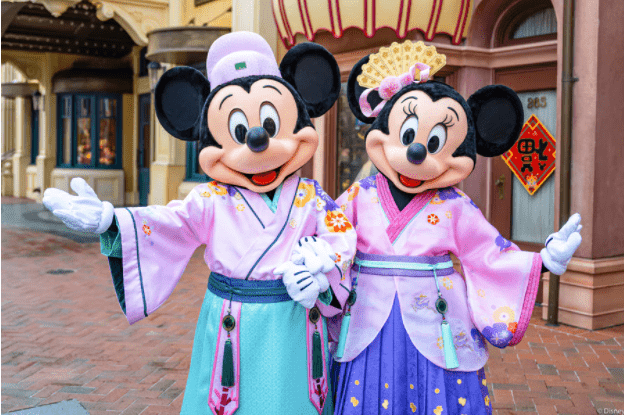 The Disney Parks Blog shared a first look at the costumes for Guests outside of the parks by Enchanted Storybook Castle, with each look hand-sewn by the resort’s talented group of tailors and costume designers. In celebration of the Year of the Tiger, each new costume features a design inspired by the year’s stories and motifs.

Each character had their own costumes designed exclusively for them, with multiple rounds of revisions taking place so Disney’s costume department could get every piece just right. This year was the first time traditional Chinese costumes have been created for the characters during Lunar New Year celebrations, with each design taking inspiration from the character and the holiday. 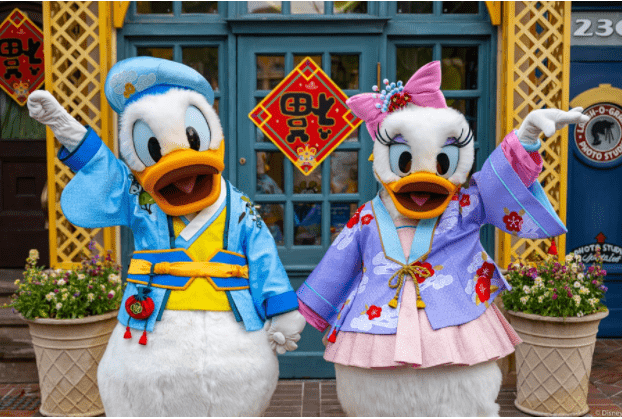 Minnie Mouse, for instance, is accessorizing with a Chinese fan in her bow and a deer pattern on her outfit. The deers symbolize wishes of luck for the year ahead, whereas in Chinese, “deer” is homophonic to “Lu,” which represents goof fortune and career success.

Donald Duck’s new outfit is inspired by the costumes worn by traditional Chinese opera performers, and his look represents best wishes for a long and fulfilling life. Daisy’s look is similar, dressed up with a beautiful Chinese hairpin, floral embroidery, and tassels. 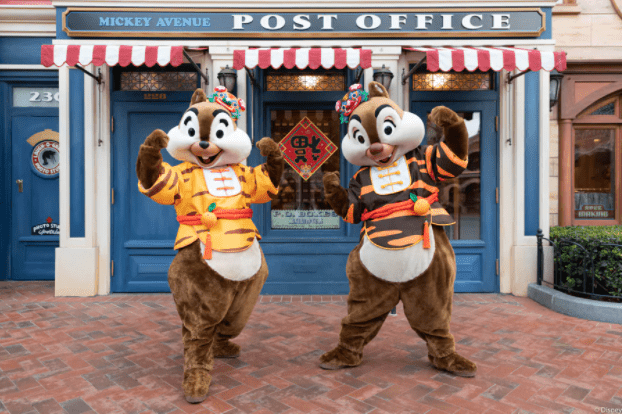 In celebration of the Year of the Tiger, Chip and Dale’s costumes feature tiger-print acrobatic suits with tiger mask hats. The orange colors of their costume symbolize the gifts that are exchanged during Lunar New Year to bring food luck. 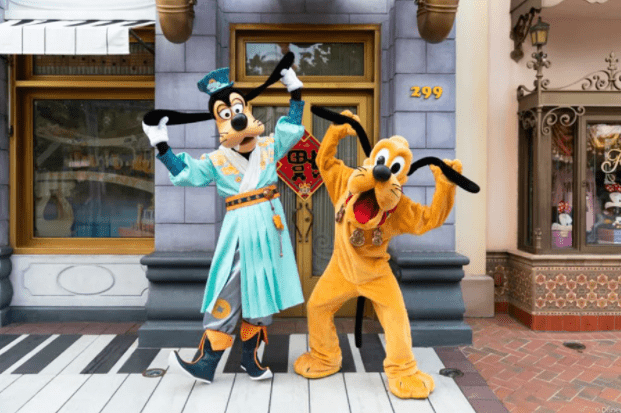 Since this year is the Year of the Tiger, Tigger has been a big part of the celebrations and his new look features a two-piece suit with a Chinese-style vest representing the Qing Dynasty. If you look closely at Tigger’s outfit, you may catch a carp jumping over a dragon gate in the embroidery which is a symbol of success through hard work and perseverance. 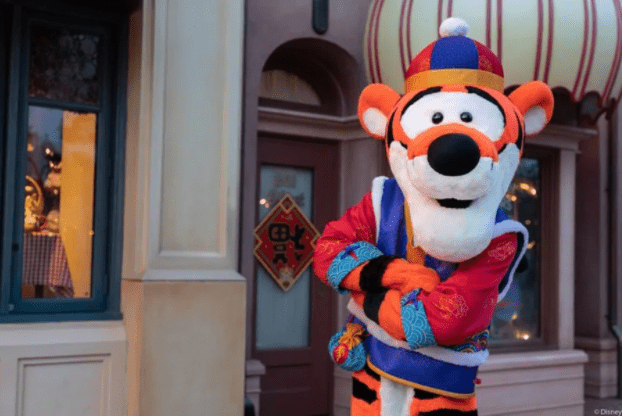 Duffy and Friends have outfits that help to wrap up Lunar New Year as many of their outfits feature pink color schemes to signal the coming of spring. And, the group together forms a theatrical group with each friend portraying a different role., led by Duffy of course, dressed as the “Tiger of Promotion,” with ShellieMay, the “Tiger of Love.” 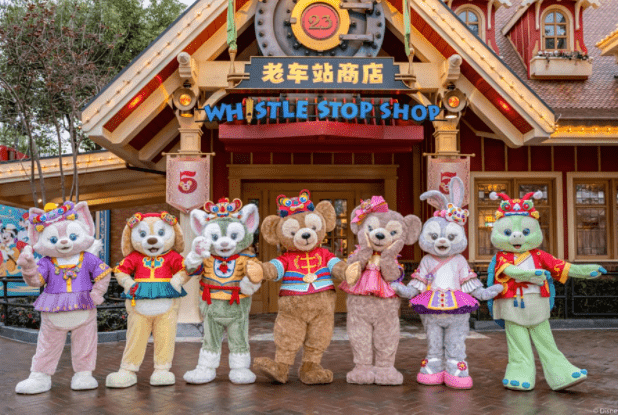 And, the newest of Duffy’s friends, LinaBell is playing the role of the “Tiger of Blessing,” which means she is carrying well wishes for all as Lunar New Year festivities begin to wrap up.