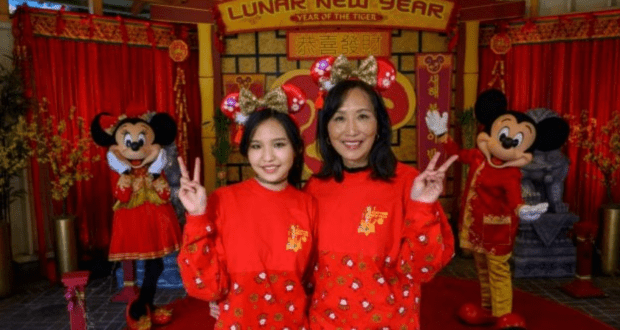 Rosalie Chiang, star of the new Disney and Pixar original film Turning Red (2022), recently visited the Disneyland Resort to celebrate Lunar New Year and to share some details about her character in the upcoming film.

Follow along with her visit to Disneyland in the video below shared by the Disney Parks Blog:

Chiang spent some time exploring the Lunar New Year festivities at Disney California Adventure Park, and sharing some of the things she has in common with her character Meilin Lee in Turning Red. Among her similarities with the character, Chiang shared that she has a variety of talents, including playing the piano, dancing, and being fluent in Mandarin.

Her character in the film grows through this coming-of-age story into a more confident and unique individual that Chiang sees herself as, albeit without the possibility of having her emotions turn her into a giant red panda. In addition to the film’s coming-of-age premise, the story continues to focus on the intricacies of the mother-daughter relationship. This subplot of the film was inspired by director and co-writer Domee Shi’s own relationship with her mother. 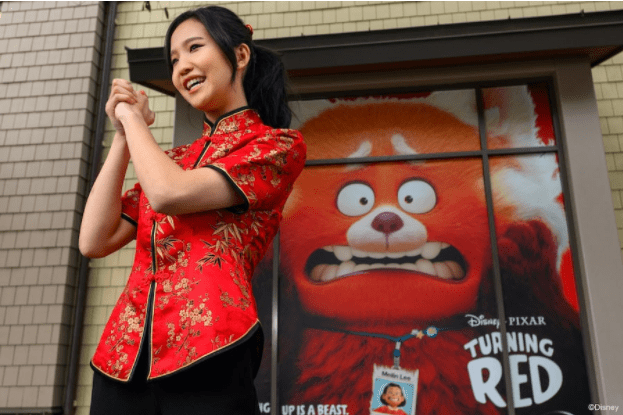 Of course, one memorable tradition between mothers and daughters in Asian culture is celebrating Lunar New Year, which Chiang was able to experience with her mother at Disney California Adventure. The two experienced all of the seasonal offerings just for this event while ringing in the Year of the Tiger.

Lunar New Year festivities at Disney California Adventure include new food and beverage items, live performances, event-specific merchandise, and more. If you are hoping to celebrate Lunar New Year at the Disneyland Resort, the festivities continue through February 13, 2022. 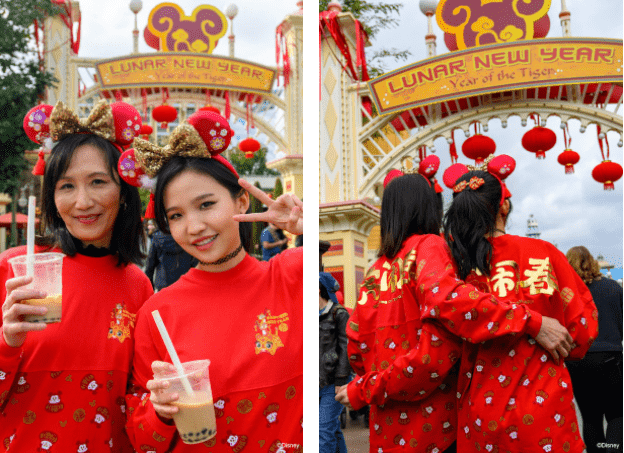 Turning Red is a highly anticipated film for a number of reasons, one of which being Chiang’s role as the first Asian lead in a Disney and Pixar film. The film is also sure to include top-notch animation and storytelling fans have come to expect from Pixar, along with original music by Billie Eilish and Finneas.

Many fans and the creators who worked on the film were hoping that Turning Red would have a theatrical run however the film is set to be released on Disney+. You can stream Turning Red on Disney’s platform beginning March 11, 2022.