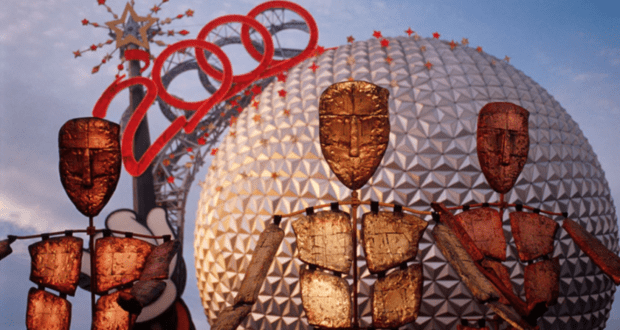 Why Doesn’t EPCOT Have a Parade?

Parades, in general, have disappeared from Disney Parks for some time now as a result of the COVID-19 pandemic, but even before that most parks at Walt Disney World have been missing parades for a number of years. While the Magic Kingdom has always had an afternoon parade, and at times, a nighttime parade, the other Disney theme parks have not kept up a consistent parade of their own.

Disney’s Hollywood Studios and Disney’s Animal Kingdom have had popular parades, too, but in the collective memory of Disney Guests, EPCOT’s past parades may be among the most fondly remembered. Let’s take a look back at what EPCOT’s parades used to look like, and share some thoughts as to why the park no longer offers them. 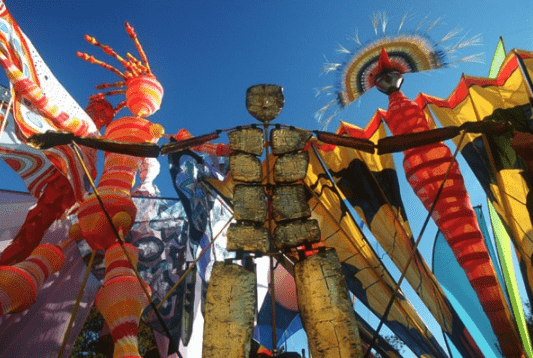 EPCOT’s first parade kicked off with the opening of the park in 1982. The appropriately named “World Showcase Parade,” followed a storyline that as its name suggests was simply a celebration of World Showcase. The parade included an original theme song, “There’s No Place Like World Showcase,” written by the Sherman Brothers and the performers were made up of larger-than-life characters and animals from each country along with dancers and musicians. 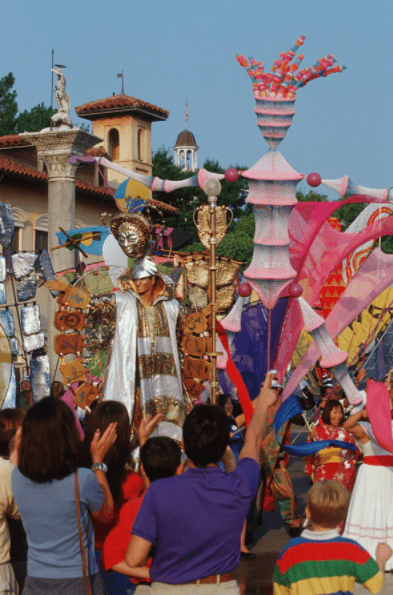 The parade that Imagineers were working on by 1982 was going to be called the Festival of Nations, which would have followed the similar concept as the World Showcase Parade with updated costumes and performance numbers, with its own original song.

Throughout the rest of the 1980s and into the 1990s, EPCOT hosted a number of live performances and special events. The park also continued to enhance the live music and entertainment taking place in each pavilion around World Showcase, but by the early 90s, Guests saw no sign of a parade returning to the park. 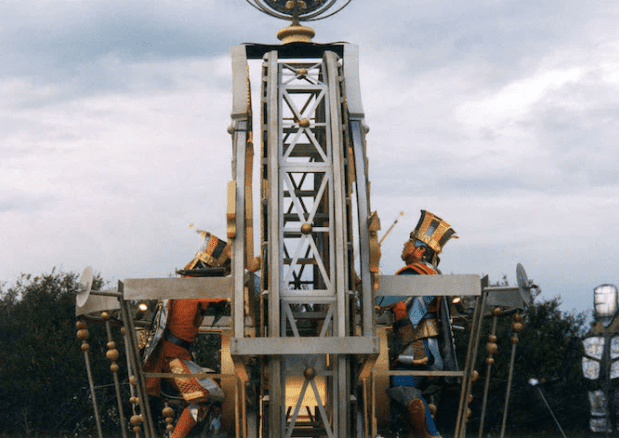 The new parade was in the development stages for three years unbeknownst to Guests, it was originally going to be called the “Carnival of Giants.” In trying to remain consistent with the theme of the celebration, a new set of names came up for consideration including “Millennium 2000” and “Earth 2000,” but neither of those seemed to fit the bill. Ultimately the new parade went to be called the “Tapestry of Nations.” 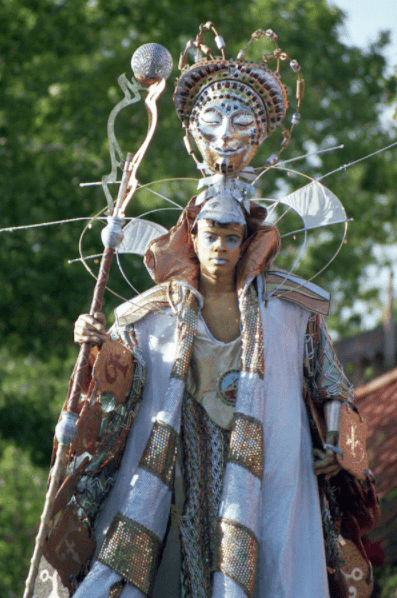 The Tapestry of Nations parade proved incredibly popular, drawing on all of the elements of human emotion that make a visit to the Walt Disney World Resort so special. During the performance, “millennium drums” functioned as the sound of a human heartbeat that connects all nations, as Guests watched oversized puppets perform to an emotion-fueled soundtrack.

The puppets used in the parade were incredibly detailed and designed by Michael Curry, the designer behind the puppetry seen in The Lion King on Broadway. The characters of the puppets added a level of uniqueness to the storytelling in the Tapestry of Nations with the “Sage of Time” leading the spectacle from high up on stilts, to so many interesting characters including Aztec Man, Bird Man, Inverted Marionette, Angel Girl, Disc Man, and The Sprite, just to name a few. Music for the parade was done by Gavin Greenaway (of IllumiNations: Reflections of Earth fame), and it was recorded with members of the London Symphony orchestra and a 30-person choral group. 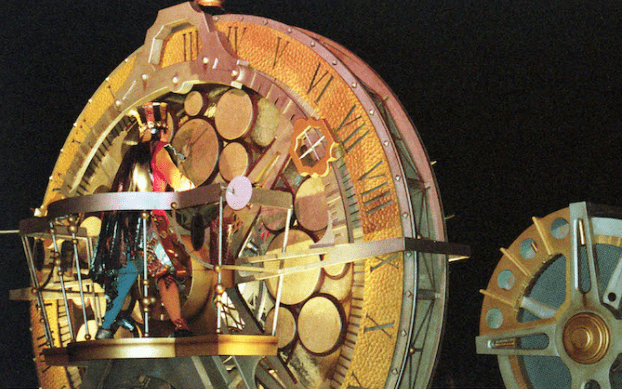 The Tapestry of Nations was conceived as a limited-time event, only available during the Millennium Celebration, so it was originally going to end on December 31, 2000. The parade proved incredibly popular, however, so its run was extended until September of the following year. By the end of the month, references to the New Millennium had been removed from the parade, but the rest of its original charm remained, and it was renamed the “Tapestry of Dreams” parade, which ran at the park until March 2003.

With the Tapestry of Dreams ending in March 2003, EPCOT has been without a parade for 19 years now. If the last parade at the park was so popular it was extended almost two years past its original end date, why haven’t we seen a parade return to the park?

There are plenty of reasons one could speculate for the lack of parades in EPCOT, but these are some of our best guesses. One is for crowd control. When the Tapestry of Nations was further extended from the end of September 2001 to March 2003, Walt Disney World was seeing some of the lowest crowd levels in its history. 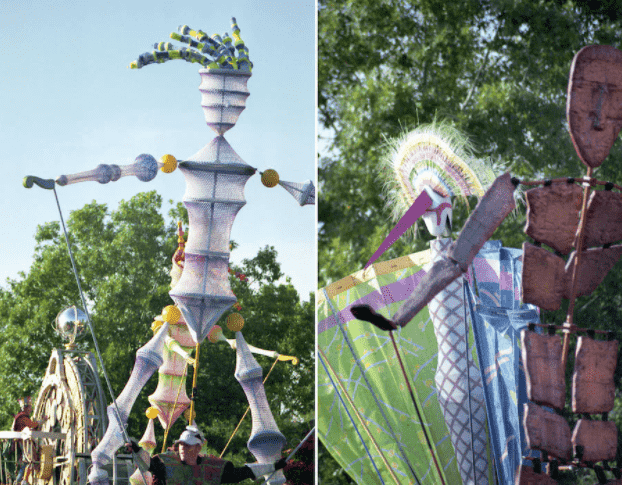 The attacks of September 11 combined with the economic downturn at the time, and some discomfort around air travel hurt all areas of the tourism industry, including Walt Disney World. For the parade, this meant that controlling crowds during the parade’s extension was essentially a non-issue, and you probably know from your own experience at Walt Disney World that this would simply not be the case today.

Another possibility is that additional entertainment and festivals in EPCOT could have made a parade less feasible. While most of EPCOT’s annual festivals (like the EPCOT International Food & Wine Festival and the EPCOT International Flower & Garden Festival) began in the 90s, both the crowd levels and offerings at the events did not compare to what they look like today. If the parade route or viewing areas kept changing due to different events taking place throughout the park, it is possible that Disney viewed the parade as more of a hassle than it was worth. 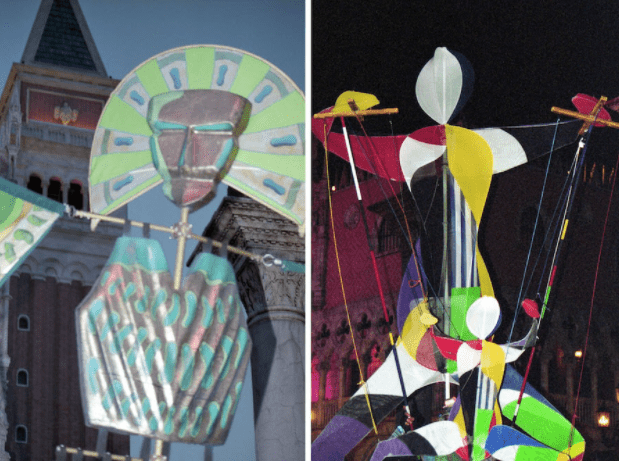 There is also the fact to consider that Mickey’s Jammin’ Jungle Parade debuted in October of 2001. From a marketing standpoint, one could argue that even for the average Guest planning a trip in 2003, there was plenty of new entertainment to experience at Walt Disney World, including a parade.

While we can’t be sure why EPCOT (and the other non-Castle parks) have not had parades for a number of years, we can confirm that the parade in EPCOT was incredibly popular, and many fans are nostalgic about it to this day. If it were ever to make a comeback, even in a new and updated form, we are sure it would be well-received. Maybe someday?