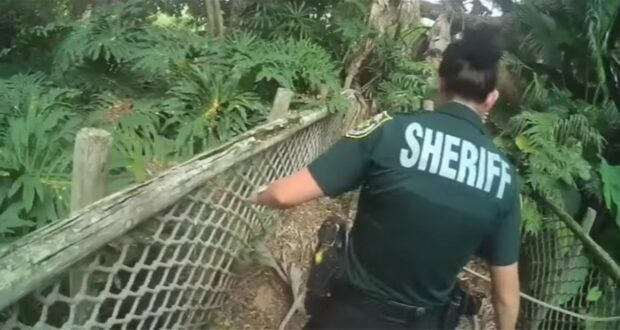 We previously shared the news that Richard McGuire was arrested on Thursday, April 30 after camping on Walt Disney World’s Discovery Island. Today, the footage of the manhunt has been released.

While the 6:36 minute footage does not show police securing McGuire, it does show the behind-the-scenes of the abandoned Discovery Island at Walt Disney World. Here’s the video As shared on YouTube by WKMG News 6 ClickOrlando:

McGuire was obtained and has been banned from all Disney properties and charged with a misdemeanor for trespassing.