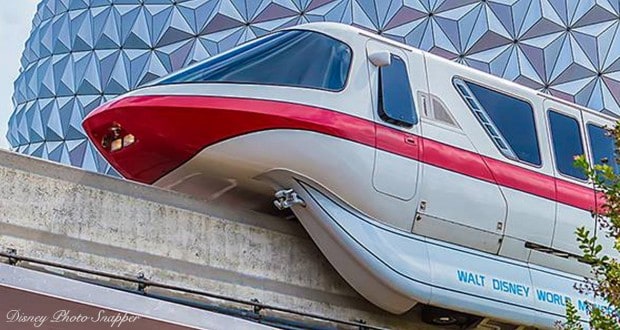 Walt Disney World Transportation: Everything You Need To Know About How To Get To Where You Want To Go

One of the many awesome perks of any Disney experience is the complimentary transportation options. This network of buses, monorails and boats is among the most efficient, easily accessible, and convenient mass transit system in the world. Even if you are not staying at a Disney Resort, you can take advantage of this complimentary transportation which is available one hour prior to park opening and one hour after park closing. Also, buses operate until 2am from the Downtown Disney area.

If you are driving, you will park your car, walk a short distance to the end of the aisle, and shortly a courtesy tram will pick you up and bring you to the main entrance of whichever theme park you are visiting. When you are ready to visit any of the other parks, you will have your choice of transportation.

Walt Disney World has a large fleet of buses, so the wait time is often no more than 20 minutes. These buses resemble standard city buses, with plenty of seating. They accommodate wheel chairs and ECV’s. Strollers have to be collapsed and carried onto the bus. On really busy days, the buses fill to capacity and riders may be required to stand. There are plenty of overhead and side bars to hang on to while the bus is in motion. These buses are accessible at Disney Resorts, Parks, Water Attractions, and Downtown Disney. Schedules and hours are available at the TTC (Ticket and Transportation Center) or any Disney Resort.

There are two Magic Kingdom class ferries: the Richard F. Irvine and the Admiral Joe Fowler. The Kingdom Queen class, is the General Joe Potter. All of these transport guests daily between the TTC and the Magic Kingdom.

These ferries have a capacity of 600 guests and 3 crew members. The wait times are normally between 10 – 20 minutes. If you’re lucky, you may catch Goofy showing off on his skis by performing comical acrobatic stunts.

These beautifully designed water taxis provide a smooth, quiet, air-conditioned ride across the World Showcase Lagoon located in Epcot. You can board one of these colorful boats near Mexico and travel to the dock at the Germany Pavilion, or you can board near Canada and travel to the dock at the Morocco pavilion. You can also board one of these boats on a dock located outside Epcot’s International Gateway, located between the United Kingdom and France pavilions.

These Friendship boats that cruise Crescent Lake will make stops at the docks of Boardwalk, the Yacht and Beach Club, the Swan and Dolphin resorts, and Disney’s Hollywood Studios. The water taxis are stroller friendly and wheelchair accessible. Note: they are slow-moving, so take that into account if you have fast pass or dinner reservations!

With varied routes and unique designs, these boats offer a quick ride to multiple destinations. Some resemble the sleek Friendship boats, while others have the look and feel of an old-fashioned Mark Twain keel boat. For clarity, the routes are color-coded:

Take a leisurely trip from your resort on one of several traditional river boats to Downtown Disney. Their operation, however, is only at select Disney Resorts and their routes are also color-coded:

This is my favorite means of transportation at Walt Disney World. The official definition of a monorail is a railroad in which the track consists of a single rail, typically elevated with the trains suspended from it or balancing on it. The definition of a Walt Disney World monorail would be a monorail built to service the Magic Kingdom theme park, Epcot, and select Disney Deluxe Resort Hotels. The WDW Monorail system covers a span of 14.7 miles with around 50 million guests traveling on
the monorail each year. There are three distinct routes:

Busses Disney Transportation Disney World monorail Trains 2014-09-21
Cecilia
Previous: What Does Your Favorite Disney Movie Say About You?
Next: “Under the Sea” played in a very unique way