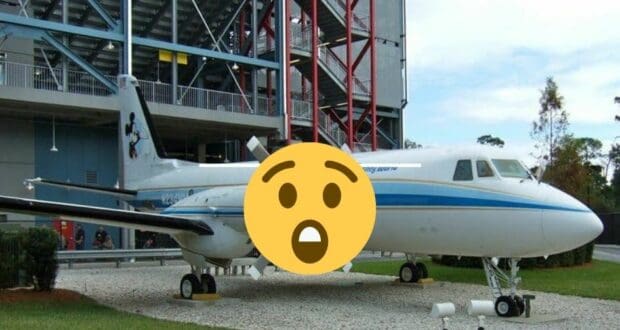 Many fans of Walt Disney (the man who founded the Walt Disney Company, Disneyland, and Walt Disney World alongside his brother Roy Disney) will already know that Walt Disney was a big train enthusiast. However, Walt Disney was also a big fan of airplanes — and now one of his very own planes is being broken into pieces!

Walt Disney used three special planes, starting with a Beechcraft Queen Air. The Queen Air was then switched out in 1965 for a Beechcraft King Air, which was a quiet, speedy plane that sported the muted brown shades that were popular in the 1960s. But Walt Disney’s pride and joy was, it seems, his Grumman Gulfstream I (or, as it became known, the “Mickey Mouse” airplane). 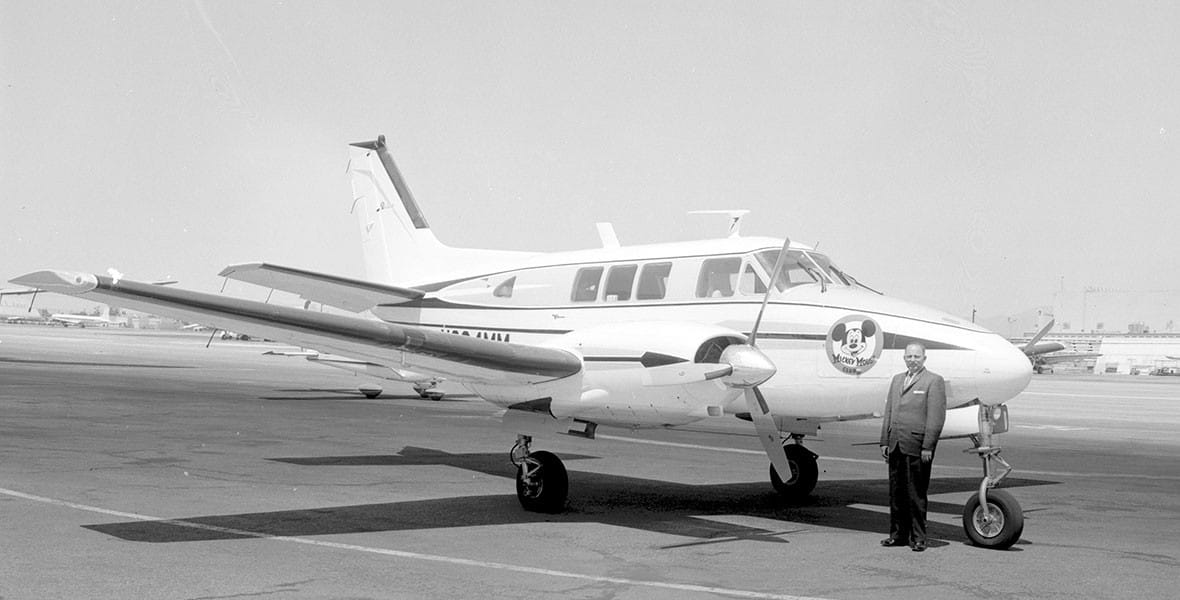 The Mickey Mouse Gulfstream had many unique features that were put in place by Walt Disney, including personalized decor on the inside of the airplane and a larger-than-normal fuel tank. The plane was used to fly Walt Disney between Burbank in California and Orlando in Florida (and used to help Walt visit any prospective land that he had in mind for the Disney Parks).

The Gulfstream’s career as a Walt Disney airplane ended on October 8 in 1992, when it was landed near Disney World and soon used as a feature in the MGM Studios (now Hollywood Studios) Backlot Tour. Now, the plane has been residing near the Animal Kingdom theme park’s waste treatment facility — but no longer! The Gulfstream is meant to become part of an Amazon-sponsored D23 exhibit called “Mickey Mouse One,” which will be located in Anaheim.

However — presumably because the airplane has not been flown since October of 1992 — Walt Disney’s treasured airplane is being broken into separate pieces for the journey. Take a look at the process in the Tweet below, which shows a photo of Walt’s plane being disassembled!

Aerial look at Walt's plane. Tail removed. To be shipped for display at D23 in Anaheim in a month. Has been in storage North of Animal Kingdom. Walt flew in this plane to plan development of WDW. pic.twitter.com/r6CvlfqeuK

“Aerial look at Walt’s plane,” @bioreconstruct Tweeted, sharing aerial photos of the situation. “Tail removed. To be shipped for display at D23 in Anaheim in a month. Has been in storage North of Animal Kingdom. Walt flew in this plane to plan development of WDW.” Did you know about Walt Disney’s penchant for planes?
Disney History Mickey Mouse One Walt Disney Walt's Plane 2022-08-09
Sharon
Previous: Disney Decorates Magic Kingdom for Halloween Party
Next: OpEd: It’s Way Too Early for Halloween at Disney World!