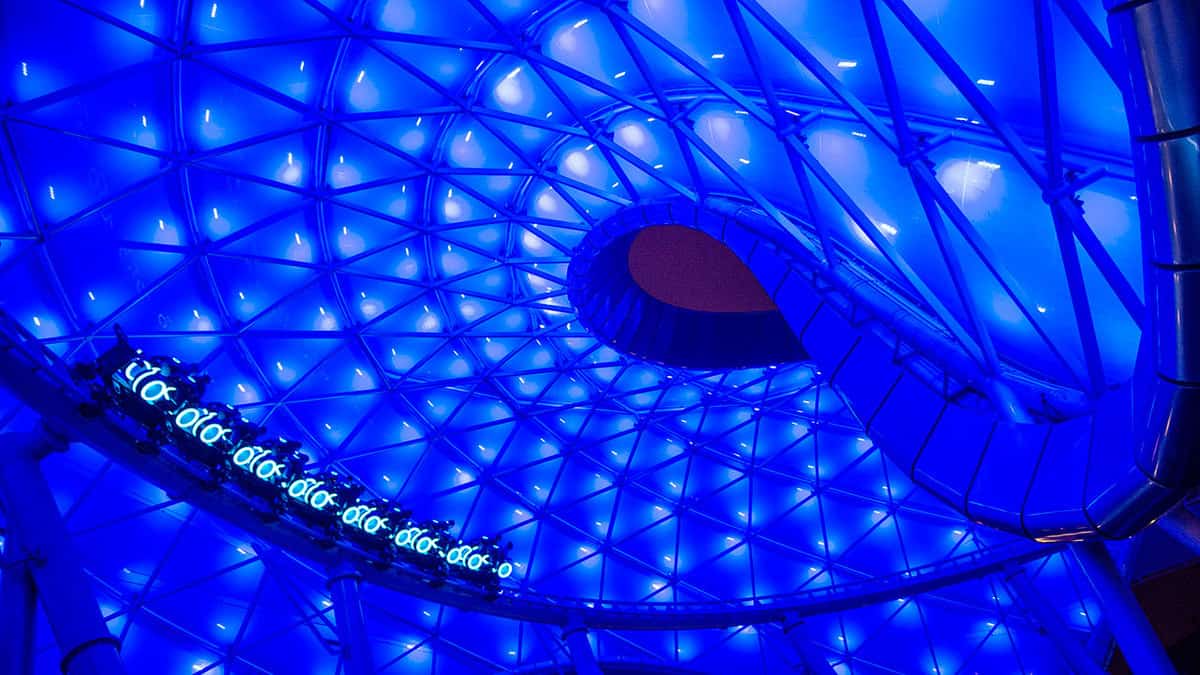 2. It Will Break New Ground Just Like The Movie

While the original film’s special effects have dated (though its charm hasn’t), it can’t be denied that they broke new ground back in 1982, long before the likes of 1991’s Terminator 2: Judgement Day or 1993’s Jurassic Park. It also helped to inspire other arcade/computer world-based films like The Matrix, Ready Player One and even Disney’s Wreck-It Ralph. And now you can expect the ride to break some new ground too. After all, it’s a roller coaster ride without a roller coaster! Okay, technically it is a roller coaster, but you won’t know or feel it when you’re burning rubber in cyberspace (rubber of a digital nature, that is).

1. How The Ride Will Likely Play Out

So how will this new ride play out? While it’s easy to say it will probably the same as the one in Shanghai, at this point it’s hard to know exactly how these Lightcycles will, ahem, run. But what has been revealed is that guests will board a train of the dual-wheeled Lightcycles on which they’ll be thrust deep into the dark universe of the Grid, which will in reality span both an indoor and outdoor environment. You can also expect the queuing system to be just as hi-tech, teeming with visuals and equally-cinematic levels of sounds and lights, and all its detail outlined in dazzling neon.

Tron Lightcycle Run will be launching in 2021 as part of Walt Disney World Resort’s 50th anniversary celebrations. An exact date is yet to be announced, but in the meantime check out Shanghai Disneyland Resort's Tron Lightcycle Power Run online and start practising your Lightcycle position (mainly so that you don’t end up with a bad back). Ready Player One? Forget it! Wreck-It Ralph? Move over!
By Daniel

Left 3 of 3 right
Next: 6 Things That You’re Guaranteed to Love About Millennium Falcon: Smuggler’s Run