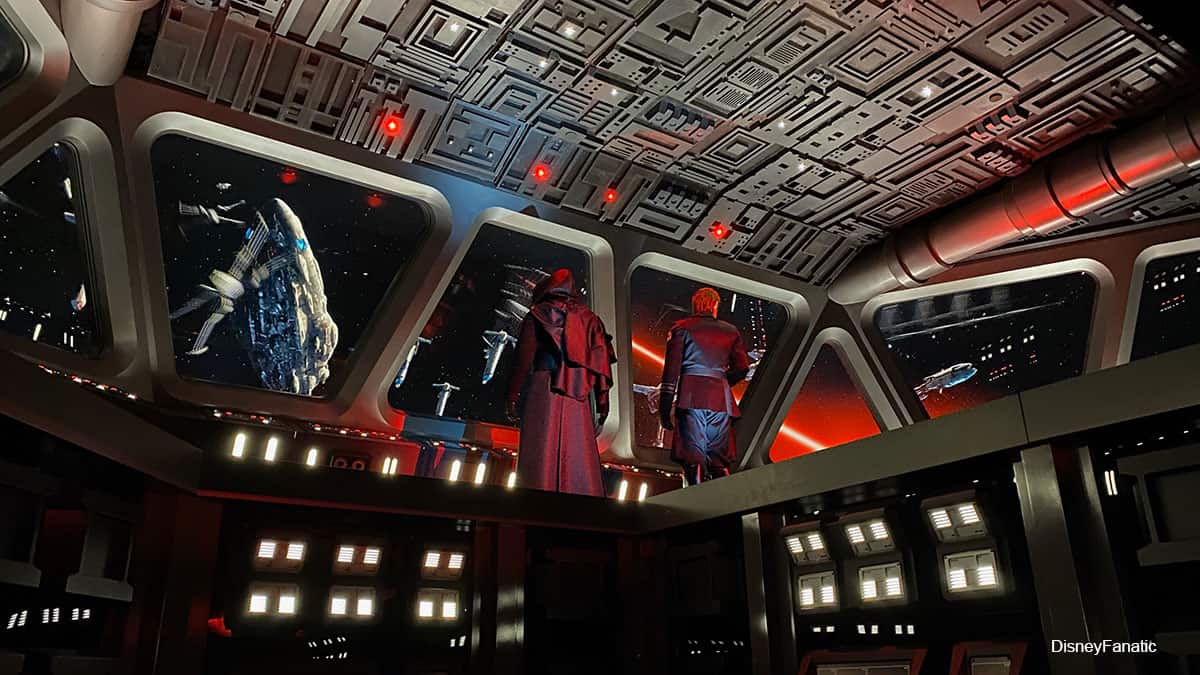 There are many signature elements to an authentic Star Wars experience. Droids, attire, the environment, spaceships, dogfights and familiar sound effects, such as the screeching Tie Fighter or Chewbacca’s gargle-growl. But none of those things would feel quite as alive without the timeless epic score by composer John Williams. And yes, the soundtrack is the, ahem, life-'Force' of this attraction.

5. The Storytelling Brings The Magic

Something else that helps sprinkle some much-needed magic on an experience is the storytelling. Without it, an attraction like this one would be nothing more than an exhibition, though a hugely impressive and remarkable one nonetheless. But Star Wars: Rise of the Resistance pits you right in the middle of the battle between the Resistance and the First Order.

Without giving too much away, part of the ride involves a simulator that sees you jumping into hyperspace and watching the countless stars all around melt into those iconic streaks that suggest you're going way too fast. You’ll go from one incredible location to the next, but with Star War: Rise of the Resistance, it’s not about the destination – it’s all about the journey. And what an epic one it is.

3. Views Of The Galaxy

Throughout your adventure, you’ll witness jaw-dropping panoramic views of your favorite faraway galaxy. But you’ll be grateful that your Droid-transport doesn’t stop for you to soak in the sights, because said-views actually serve as a backdrop to epic dogfights! Marvel as iconic ships unleash firepower on one another in sequences that could easily have come straight out of one of the movies!

2. The Attention To Detail

The Star Wars universe is known for its attention to detail. And its latest attraction is no exception. As your journey unfolds, you’ll encounter terrifyingly-convincing AT-ATs, First Order Troopers who fire upon you (don't worry, they’ll miss... of course they’ll miss), and holograms that will make you question why such technology hasn’t been ushered in to replace mobile phone communication already.

With Play Disney Parks mobile app, you can wield the next best thing to the Force. As you wait in line, there’s plenty to keep you engaged, and in many ways you’ll even be starting your adventure early. No Resistance fighter can join the battle without some training, so be sure to download the app and get unlimited power!
For decades, Star Wars has brought joy to millions. So, until your next visit to enjoy the latest experience, why not enjoy all three trilogies in all their spectacular glory while planning your next Disney World trip...
By Daniel