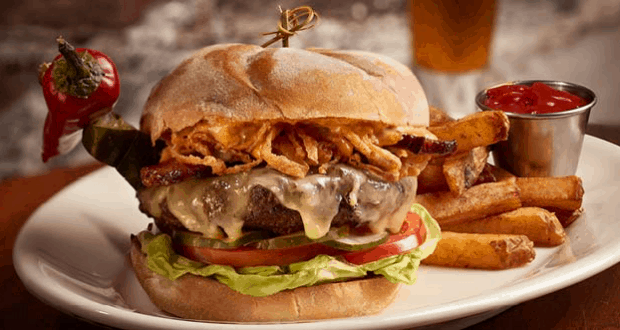 Why The Edison is Our Favorite Restaurant at Disney Springs

“Disney World” and “steampunk” aren’t a pair of terms that are typically associated with one another. However, at The Edison in Disney Springs, that combination is exactly what you’ll find.

Keeping with Disney Springs’ backstory of being a fictitious turn-of-the-century port town, the idea behind The Edison is that, according to the lore, the building used to be the town’s power plant before being abandoned and later “converted” into the restaurant and bar it is today. As such, the theming inside is that of an industrial-gothic-yet-romantic ode to the Golden Age of Innovation. If you enjoy all things steampunk, this is the place for you!

2. Various Areas to Check Out Inside

There isn’t just one type of decor here, either. The Edison is divided into sevendistinctly themed areas for you to explore:

For most of the day, The Edison serves up a variety of American fare that will delight your tastebuds. Their signature burger, appropriately named “The Edison”, uses a signature beef blend of sirloin, short rib, and brisket—which, yum—that’s topped with Cabot Clothbound cheddar, onion rings, housemade pickles and more. Talk about a mouthful! Another hit is the fried calamari appetizer, which is served with a spicy marinara arrabiatta dipping sauce. For something sweeter yet still savory to start your meal, try the “clothesline” candied bacon, served with sour pickles and mostarda, a kind of fruit jam with a mustard base that tastes way better than it sounds.

Just inside the entrance is an enormous mechanical clock tower, which really sets the tone right off the bat for what you’re going to experience at The Edison. It’s not just for looks, either — this larger-than-life timepiece is totally functional, and will even chime on the hour.

With three bars inside, you’d expect this place to have an extensive drink list to choose from—and you’d be right. In addition to a number of draught beers and ciders, a decent wine list, and quite the selection of liquors, The Edison also offers a variety of signature cocktails, all with theme-appropriate names like “Airship Pirate”, “Wizard of Menlo Park”, and “The Flying Apparatus”. They also have classic cocktails to choose from, but even those have cool names. A few examples are “Burnt Bulb”, “The Smoke Stack”, and “Innovation Reviver #2”.

While The Edison is perfectly tame and family-friendly in the daytime, once the clock chimes 10pm, it’s time for the kiddos to head home because the downstairs area gets rearranged to become a dance floor while performers take the stage. Depending on the night, a live band or DJ might be performing for you, while on other nights you’re treated to more risqué entertainment such as cabaret dancing, acrobats and aerialists, contortionists, comedians, and more. When The Edison is in “night mode”, there’s not only an age requirement of 21 years and up, but also a dress code. You won’t be able to get in here dressed like a slacker; you’re gonna have to bring your A-game. Don’t even think about showing up in flip-flops or a tank top.

Going back to The Edison’s “daytime mode”, one character you may get the chance to meet as you dine is Rory the Inventor, who strolls around the restaurant and talks to guests about his inventions. His schtick is a little bit science, a little bit magic, and a whole lot of fun.

As you can see, there are loads of reasons for The Edison to become your favorite restaurant in Disney Springs, just like it has for us. There are more things we didn’t even touch on in today’s article, such as their fantastical dessert selection. Don’t wait! Make your way over to The Edison the next time you’re in Disney Springs. You’ll have a stellar time and plenty of tasty grub to chow down on. 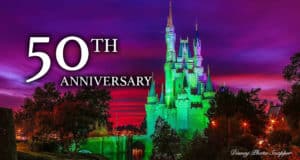 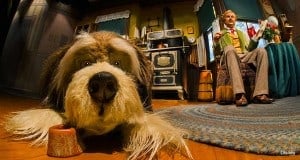 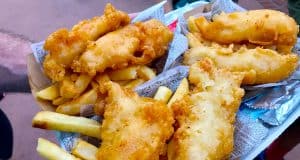