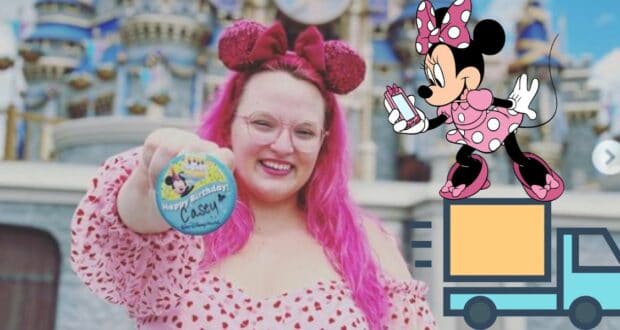 Woman Moves To Disney World For Her Mental Health

Many Disney fans would actually say that the Walt Disney Company, Disney Parks, and Disney Resorts have been providing them with disillusionment rather than Disney magic these days — but for writer Casey Clark, the Disney theme parks have not only been magical: they’ve also been life-changing.

In an article on Insider.com, freelance writer Casey Clark shared that she has moved to an apartment minutes away from Walt Disney World Resort theme parks for her mental health. Clark wrote that she has always “dreamed of living in Disney World”, specifically “because it was a place where [she] always felt free to be [her] most authentic self.”

“There was something about being surrounded by people who embraced the magic that made me feel safe and at peace. It was at Disney World where I could leave my anxieties at home for the day and just exist as a normal person,” Clark continued.

Clark’s anxiety apparently became “a full-blown disorder [that] was shadowed by depression” in adulthood. Despite seeking out therapy and being given medications, Clark “was still miserable in every waking minute of the day and would long for a time when [she] could take another trip to [her] happy place.”

Even for a Disney enthusiast like Clark, moving to live next to Walt Disney World Resort “sounded like a wild idea” — but now that she has done it, Clark says that the move “was one of the best decisions [she has] made for [her] mental health.”

According to Clark, there are several benefits of living a life near Walt Disney World Resort — including mental, social, and physical health benefits. “When I can gather the energy to get out of bed, having the parks to go to makes me keen on going outside, socializing, and relaxing,” the writer wrote in her article.

“On days when I would normally sit in my room and either sleep or work all day, I find myself at the parks living my life. I have more of a reason and a desire to take breaks and have some fun.” Clark added that “the social aspect of being at the parks” is also crucial.

“I find it easier to socialize, and I have the desire to make connections. Since there’s this shared love for Disney, that’s the icebreaker, and it makes the rest of the conversation easier,” she explained.

“Even when I meet characters at the parks, it gives me the opportunity to have conversations about an imaginary world, which provides me with an outlet to escape the mundane small talk that drains the life out of me in regular conversations,” Clark added.

In addition, walking around the Disney Parks and spending so much time outside has also been important. “When I’m at the parks, I’m outside in the sunlight,” she wrote, adding that she has “had increased exposure to sunlight, and that has had a profound influence on [her] mood.”

“Walking around the parks has increased my physical activity, which I’m sure has had an effect on both my mental and my physical well-being,” the writer wrote.

Clark emphasized that “the depression and anxiety don’t go away”, but that having “a place [she] can visit to let go of [her] problems” has been enormously helpful.

If you had the resources to become a Florida resident and live next to a Disney Park or Disney Resort, would you? Has Disney ever helped you through a difficult time? Let us know on Instagram, Facebook, and Twitter!