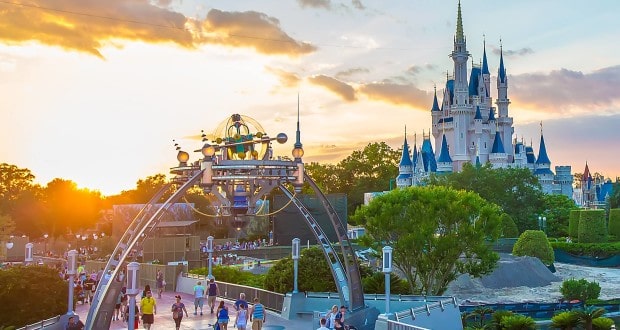 While Disney World may be considered the most magical place on earth, the behavior of some guests can be less than magical. Whether it’s the excessive heat, the nonstop schedule, or perhaps the desire to get their money’s worth, something drives these park visitors to display attitudes and conduct that seem in direct contrast to those that Walt hoped to evoke in the patrons of his parks. Here are a few appalling behaviors from Disney Resort guests that leave a lot to be desired:

The numerous shows that Disney presents in their theme parks are very popular attractions, and in order to accommodate all of the guests who want to see them, Cast Members announce that anyone entering a theater should move all the way down to the end of the row before taking a seat. This allows for efficient and quick seating of the crowd of guests entering the rows. Some guests however, feel entitled to a center-row seat and stop halfway across the row to stake their claim. The natural result is a large crowd of people either unable to access available seats or having to step across people to get to seats farther down the row. Despite pleas from Cast Members for guests to continue to the end of the row and assurances that all seats have a clear view, these lazy and/or rude guests refuse to budge, clogging up the works and threatening the ability of the show to start on time. Yes, we know your children are looking forward to seeing the Frozen Sing-Along Celebration, but so is every other child that is making their way into the theater. Move to the end of the row!

Parents of young children certainly understand that their offspring cannot always be relied upon to behave as well as they should, and they hope that people without children recognize that it can be a challenge to keep children occupied, happy, and quiet. But there is a difference between an occasional outburst that is quickly suppressed, and inconsiderate behavior that is not only ongoing but encouraged by the parent. Shouting matches between siblings that go on for several minutes while a parent stares blankly at a phone are unacceptable. Or in the case of a recent dinner reservation at The Hollywood Brown Derby at Disney’s Hollywood Studios, a shouted game of “I Spy” that could be heard from across the restaurant. If your children can’t behave well enough to handle a table service meal, please stick with quick service.

Next up is a trifecta of bad behaviors that serves to ruin the wonderful magic that Disney has worked so hard to build into its rides and attractions. And the first is incessant flash photography. There are a number of attractions offered up by Disney during which taking pictures using a flash is no big deal. However, there are other attractions that really suffer when blinding lights flash nonstop throughout. And there are also shows in which flash pictures can not only distract but also endanger the performers. Yet despite announcements requesting that cameras be turned to a no-flash settings, certain guests insist on capturing a “great shot” and ruining the experience for everyone around them. Yes, the Haunted Mansion is a really well-done ride, so how about you put the camera down and actually enjoy it?

Another way that inconsiderate guests choose to ruin the rides and attractions is to talk incessantly while they are going on. It’s great that you’re excited to catch up with the extended family you haven’t seen in years, but do you have to do it on the Pirates of the Caribbean ride? I promise that you’ll wait in plenty of lines by the end of the day that will allow you to chat for anywhere from 20 to 120 minutes uninterrupted. And not to squelch the imagination and wonder of children, but do you really have to ask your child if they see Mickey, Donald, Pluto, Goofy, and Minnie each time one of them pops up in the Mickey’s PhilharMagic show? I promise that they are seeing them just fine, considering they are 20 feet high and in 3D. Now, I understand that children may ask an occasional question during a show about something that they might have missed, and giving a quick answer is fine. But giving an ongoing commentary to your child, who hasn’t even asked for one, is just rude.

This one will undoubtedly stir up controversy, but it is an inconsiderate behavior nonetheless. Look, we get that you come to the Magic Kingdom a lot. So much so that you can do the Haunted Mansion spiel right along with the Ghost Host. You know what? So can I. And with endless Disney albums and YouTube videos out there, so can many other guests. But here’s the difference – we don’t. Because we don’t feel the need to show off. For many guests, this is the one and only visit to Disney World that they will ever take in their lives. This is the one and only time they will ever ride the Haunted Mansion. They don’t want to hear you do the lines, they want to hear the ride speak for itself. So do us all a favor and let it. You want to recite the spiel while waiting in line or on the way out? Fine. But while in the attraction itself, keep your spiel to yourself.

4. Putting Kids Up on Shoulders During the Parades

The behavior of parents pushing strollers, as well as the behavior of guests trying to navigate around them, is another controversial issue that gets people on both sides of the issue quickly fired up. Many of us have personally witnessed guests nearly come to blows when the issue of strollers and personal space comes up. But the fact of the matter here is that both sides have to extend some common courtesy because there is no right and wrong. Parents need to realize that strollers cannot easily be seen in large crowds and take care in guiding them through the parks in order to prevent accidentally running into other visitors. Other guests need to realize that Disney theme parks are always going to have a large number of children and strollers present, and be aware of the difficulty parents can have in maneuvering them through crowds. Making room to let strollers through, or waiting until the bulk of the crowd has passed before pushing a stroller into the fray, will make everyone’s day go a lot more smoothly.

Disney World is the largest single-site employer in the United States and has departments that are dedicated to cleaning and maintaining the property, but that doesn’t mean that guests should make their job harder. Disney World is unique in that a trash can is never more than 25-30 steps away from you. This encourages people to properly dispose of their trash. Yet there are still guests who can’t be bothered to travel even that far, and simply drop their litter wherever they like. Worse, some guests go out of their way to deface or damage Disney property, which takes away from the magic for the next guest. Many of us have seen this kind of inexplicable behavior, whether it’s a guest tearing a marble out of the Rock ‘n’ Roller Coaster attraction as a souvenir, or standing up in the It’s A Small World ride to stick their gum under the walking bridge.

Generally speaking, Cast Members have a pleasant working environment. Guests at Disney World are there to have a good time and as a result, tend to be in good moods. While any employee is a representative of the company they work for, some guests at Disney World seem to think that Cast Members can control things that are simply beyond being controlled. Cast Members cannot make the weather cooler, the crowd smaller, the ride line shorter, the tickets less expensive, or the attraction immune to breaking down. Yelling at them about such things is tacky and absurd. Cast Members pride themselves on creating magical moments for their guests, but they aren’t inclined to do so when being loudly berated. A much better approach is to spell out the problem that you are having, and seeing what the Cast Member suggests. A polite approach often leads to a satisfactory solution.

Unfortunately, the behaviors listed above are neither exceptional nor rare. Visits to Disney World would be a lot more pleasant if they were. Have you seen these things happen? What’s the worst guest behavior that you’ve personally witnessed? 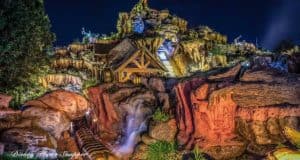 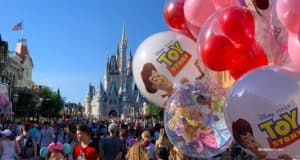 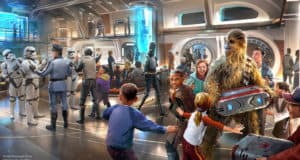