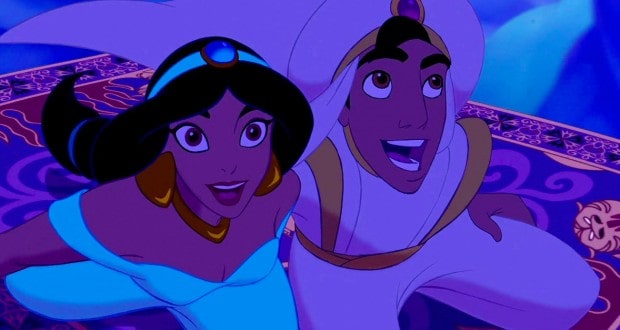 10 Most Popular Disney Movie Songs of All Time

Over the years our family has enjoyed many a Disney film. From the time when our kids were just toddlers to when they were tweens, we’ve watched some awesome movies that were enhanced by great music. Obviously these songs help to create lasting memories of some relaxing times spent with our kids. Occasionally we will hear one of the all time great songs on the car radio, and a smile will appear on my face as I think of simpler times when our kids were not so busy doing their own thing. Music has a way of reminding us of special moments that could be somewhat forgotten without the songs to pull us back to certain times in our lives. Here are the most popular songs for Disney films ever. I imagine that you will have some flashbacks just from seeing the song titles.

10. “Beauty and the Beast’s” title track, by Celine Dion and Peabo Bryson went to #9 in 1992. It is hard to believe that this classic song, and film, are almost 25 years old now.

9. “Zip-a-Dee Doo-Dah” by Bob B. Soxx and the Blue Jeans was popular in a time that was likely long before most of our readers, appearing at #8 on the charts. It was from the 1946 flick, “Song of the South”.

8. “Life Is a Highway” by country super group Rascal Flatts made it to #7 in 2006 with this little tune. It was featured in “Cars”, one of the funniest Disney movies ever.

7. “Breakaway” by former American Idol winner Kelly Clarkson went all the way to #6 in 2004. It was in the “The Princess Diaries 2”.

6. “Let It Go” by Broadway star Idina Menzel has hit #5 on the musical charts. This is a beautiful song from one of the most recent Disney hit movies, “Frozen”, that people continue to rave about. The film was released in 2013.

4. “Colors of the Wind” by Vanessa Williams also made it to #4 and came out in 1995. The song is a memorable one from the lovely former Ms. America.

3. “The Climb” from “Hannah Montana: The Movie” went all the way to #4 on the charts in 2009. This was a great song that was inspiring, and came long before the Miley meltdown commenced.

2. “A Whole New World” from Peabo Bryson and Regina Belle topped the Hot 100 in 1993. The song was featured in “Aladdin”, a movie that stands the test of time.

1. “All for Love” from 1994 in “The Three Musketeers” was #1 on the Billboard Hot 100 for three full weeks. A great effort from a trio of musical legends in Bryan Adams, Rod Stewart and Sting.