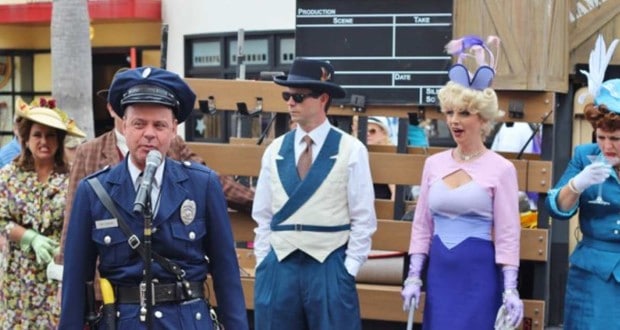 10 Performers People Either Love Or Hate at Disney World

There’s no question about it – Disney World hires some outstanding performers to add ambience to the lands of their theme parks and to entertain their guests. Some of them are so captivating that they can stop you in your tracks to watch, even when you’re running late for that dinner reservation! Others are so fun and encourage audience participation so well that you can’t help but join in on the fun! On the other hand though, there are a few performers that stand out for very different reasons. They are the ones that have you skirting around the few people that have gathered to watch to continue on your way, even if you do duck your head and feel a little guilty about doing it. Here are a few of the performers at Disney World that we just don’t mind passing by:

I have to admit that Mariachi Cobre, based in Epcot’s Mexico pavilion, certainly adds to the authentic feel of this area. And it’s not that they don’t perform well either. Actually, I think I’ve just had a few too many bad experiences in Mexican restaurants with mariachis who refused to leave my table. So I’ll give Mariachi Cobre the benefit of the doubt and change their number to 9 ½!

Usually found playing their 30 minute gigs on Streets of America in Disney’s Hollywood Studios, Mulch, Sweat & Shears simply doesn’t bring anything unusual or different to the table in their performances. If what you are offering at Disney World is nothing different than what the average person could see on stage in any bar on any weekend in their own hometown, why in the world would I want to spend any of my valuable theme park time watching you?

Nothing screams authenticity like a group of guys with American accents singing under the name British Revolution. Much like Mulch, Sweat & Shears, British Revolution simply doesn’t offer up anything to the crowd that can’t be found in many other places that don’t have Disney admission prices. But if you find yourself in the U.K. area of Epcot’s World Showcase with some food in your hands and 30 minutes to kill, you can check them out and judge for yourself.

DJ Anaan hosts a Bollywood-style dance party in the Asia area of Disney’s Animal Kingdom. And while I freely admit that spontaneous street dancing can be a lot of fun, I just can’t be too impressed with a “performer” who essentially just pushes a play button. It would seem that Disney could accomplish the same thing by occasionally playing the dance music over their area speakers and simply forego having a DJ at all.

This group provides “streetmosphere” in Disney’s Hollywood Studios. While they do tend to draw at least a few people to their performances, it seems that their primary purpose is to block street access, sing really loudly, and tell jokes that make everyone wince.

This group provides “streetmosphere” in Disney’s Magic Kingdom. While they do tend to draw at least a few people to their performances, it seems that their primary purpose is to block street access, sing really loudly, and tell jokes that make everyone wince. If you found this description repetitive and dull, you’ll do just fine with their jokes and songs.

At first glance it would appear that the Canadian Lumberjacks show in Epcot’s World Showcase should be a sure-fire hit. After all, you’ve got lumberjacks doing what lumberjacks do. They throw axes, they carve with chainsaws, and they have log sawing competitions. It should add up to an entertaining show but instead the whole thing falls somewhat flat. The concept pulls you in but when it’s over you leave feeling somewhat underwhelmed. My guess is that it’s the format of the show that turns what should be great entertainment into something that’s far less than the sum of its parts.

This performance in the Italy pavilion of Epcot’s World Showcase is akin to watching a few members of your high school color guard spin flags to the sound of a couple of horn players and a drummer from your high school’s marching band. There are a few nifty flag tosses throughout the course of the 15 minute performance, but it seems that whenever this show takes place both the flag waving and the music are never quite in harmony. It can make for some cringe-worthy moments if you happen to get stuck watching the show.

If you’ve ever had the unfortunate experience of watching your older relatives finally get talked into getting out on the dance floor at a wedding reception to boogie down, you have my sympathy. Throw in a little bit of Moroccan music and you pretty much have B’net Al Houwariyate at the Moroccan pavilion in Epcot’s World Showcase. Sure, at first it’s fun to laugh at your relatives – especially because you know someone is catching it all on video. But after a minute or so it just gets monotonous and sad. The 15 minutes of music from B’net Al Houwariyate is monotonous. And their performance just makes me sad.

Even with the large amount of top-notch entertainment that Disney offers, the odds dictate that sooner or later some of the acts just won’t hold up quite as well. Do you feel compelled to stop and watch the performers on this list? Or do you too pass them by?