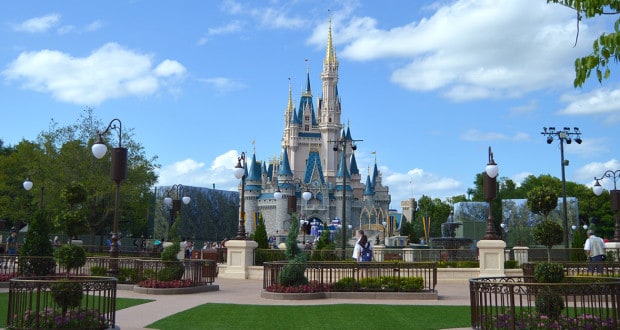 When making vacation plans for Walt Disney World Resort, guests can usually be counted on to include a day at the Magic Kingdom. It’s no surprise considering that it is the original Florida theme park, has the most rides of any of the Disney parks in Orlando, and arguably has the most family appeal. What they fail to recognize is that it is next to impossible to fully experience everything that Magic Kingdom has to offer in only one day. Even with their three fast passes armed and ready to go, guests with one day in the park tend to focus on the biggest attractions. All of the Mountains – Space, Splash, and Big Thunder – are usually on their list. Likewise the newest and most popular attractions such as Seven Dwarfs Mine Train, Enchanted Tales with Belle, Pirates of the Caribbean, and Haunted Mansion are sure to be included. But there are so many more attractions, rides, and experiences that are bound to be missed with limited time in the park. Here are some of the things you may miss if you only spend one day in Magic Kingdom:

Naturally, with the focus on the larger rides, guests may miss a lot of the smaller attractions. Some of these are very iconic and hold an important place in Disney history. Nonetheless, rides like “it’s a small world”, Walt Disney’s Carousel of Progress, and The Hall of Presidents are often the first ones dropped from a guest’s itinerary when faced with only one day in the park. Or they may choose to skip rides that are similar in type to those they might be able to find closer to home, like the Astro Orbiter or Prince Charming Regal Carrousel.

Likewise, when pressed for time guests may choose to forego some of the shows offered at the Magic Kingdom. With run times approaching 20 minutes, Country Bear Jamboree, Stitch’s Great Escape, and Enchanted Tiki Room can take a large bite out of a guest’s day and as a result, often fall by the wayside.

Magic Kingdom has dozens of eateries for their guests’ convenience. With so many to choose from and only a limited number of meals in a day, you simply won’t have the time or the appetite to try them all. This is unfortunate because while many of them offer standard theme park fare such as burgers and chicken strips, others provide very unique dining experiences and very good food. In particular, Columbia Harbor House, Liberty Tree Tavern, Tony’s Town Square, and Skipper Canteen have die-hard fans that never miss an opportunity to dine at their favorite place. But you can’t – or at least shouldn’t – eat at all of them in one day.

Magic Kingdom offers two character meals for guests to choose from, Cinderella’s Royal Table and The Crystal Palace. Be Our Guest Restaurant presents guests with the opportunity to meet the Beast, but only during dinner service. However, due to the time and expense involved, most guests opt for one character meal while visiting the park, if they choose to do any at all. The amount of time lost out of your Magic Kingdom day would be significant if you tried to do more. Better to space them out over multiple days if you want to experience them all.

Ask any Disney fanatic with young children, and they’ll tell you how hard it can be to include several character meet and greets in their Magic Kingdom vacation plans. Due to the sheer number of characters there are to meet, and the popularity that some of them enjoy, just meeting all of the characters could take you all day! This can present a real dilemma when deciding which meet and greets to include in a one-day visit. Some characters like Anna and Elsa are still popular enough to require a fast pass if you want to have any hope of getting one-on-one time with them. But with limited time, many characters are cut from the day’s plans.

Apart from rides and shows, Disney offers a lot of entertainment opportunities throughout Magic Kingdom. And with only one day, you simply won’t have time to see them all. That’s a shame because some of them have been around almost as long as Disney itself, like the Dapper Dans or Casey’s Corner Pianist. Others offer the opportunity for a fun interactive experience like Captain Jack’s Pirate Tutorial.

Spending only one day in the park usually means getting from one place to another as quickly as possible, and making your next ride one that is relatively nearby. As such, many guests don’t take the opportunity to enjoy one of Walt’s favorite modes of transportation – the train. The Walt Disney World Railroad provides a 20 minute, 1.5 mile journey around the Magic Kingdom with stops in Frontierland, Fantasyland, and Main Street, U.S.A. But it is another attraction that is quickly cut from the itinerary of a guest with limited time.

Much like the Walt Disney World Railroad, the Liberty Belle offers a nostalgic trip on a mode of transportation that has seen its heyday come and go. Unlike the train, however, the Liberty Belle makes a leisurely round trip with no other stops offered, making this attraction even more likely to be bypassed than the railroad.

It seems almost unheard of that someone would purposely miss the evening parade and fireworks that highlight the end of the Magic Kingdom day. But it is something that can happen with only one day in the park, whether by design or by choice. The Magic Kingdom hosts a number of separately ticketed parties and events that require that the park close early to day guests. As a result, on those nights the usual parade and fireworks are not included with your ticket. Likewise, for guests who want to see as many rides and attractions as possible, skipping the closing festivities may be their best course of action.

When you are rushing from one big attraction to the next, what you miss the most are those small, special moments that happen so naturally at The Most Magical Place on Earth. Some are planned, like the nightly Flag Retreat in Main Street, U.S.A which is a moving, emotional ceremony that many guests aren’t even aware of. But the vast majority of those special moments are the ones that happen when you slow down and take a moment to enjoy the world around you. It’s hard to see the look of wonder on your child’s face when your back is to them and they are racing to keep up with you. If there’s any reason to plan additional days at the Magic Kingdom, it would be so that you don’t miss the little moments that, in the end, are what Disney vacations are all about.

With only one day in the Magic Kingdom, you have decisions to make on what you want to do and what you need to leave for the next visit. What attractions fall off of your to-do list when you have only one day to visit the park?