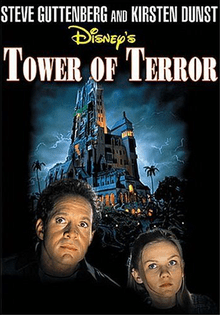 Because of the popularity of the ride, Disney produced a made-for-TV movie in 1997 for their show The Wonderful World of Disney.  It was the first film to be based on one of their theme park attractions, though more would follow!  Much of the movie was shot on location in the actual attraction, and it starred Steve Guttenberg, Kirsten Dunst, and Nia Peeples.  Also appearing in the film was Michael McShane, who would go on to voice Tuck and Roll in A Bug’s Life and Hands in Treasure Planet.

Where does The Twilight Zone Tower of Terror rank among your favorite rides at the Disney World Resort?  What would you think if Disney decided to close down this attraction at Disney World as well?

Left 13 of 13 right
Next: 10 of the Craziest Things You Can Do at Walt Disney World