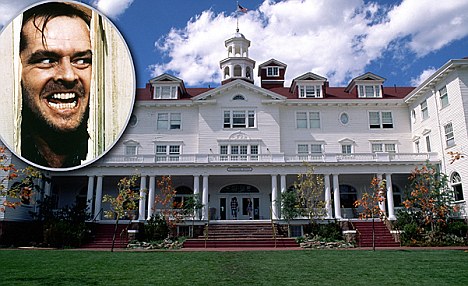 Eisner apparently wanted to veer away from the more comedic path he had been on with Brooks toward an attraction that was legitimately scary.  As such, Disney considered a collaboration with horror writer Stephen King.  Rumor held that the infamous Stanley Hotel from King’s The Shining would have been the inspiration for the attraction.  Photo credit DailyMail.uk