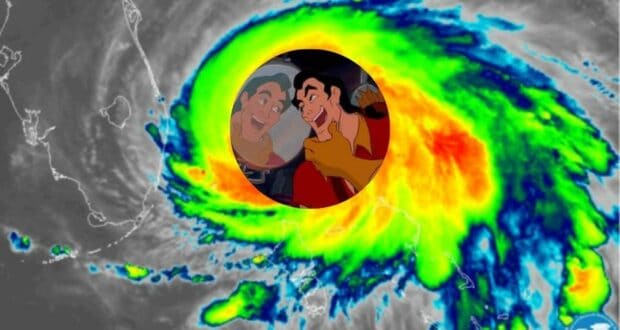 The 2022 Atlantic Hurrican Season is just under two months away, but it appears that this year’s list of storm names have been released, and one storm could find itself named after one dastardly Disney villain: Gaston. 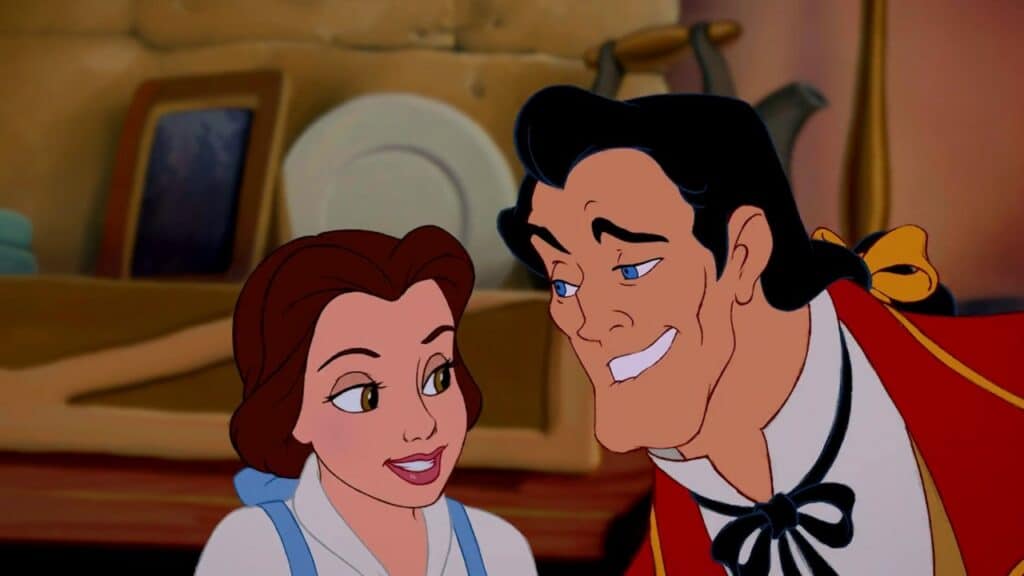 According to the Orlando Sentinel, the meteorological team at Colorado State University is predicting 19 namable storms for this year, and the names chosen are:

This is the third time that a storm named Gaston is expected to storm his way across the Eastern Seabord, Caribbean, or the Gulf of Mexico this year. In August 2004, Tropical Storm Gaston made landfall in South Carolina and brought heavy rain to both Carolinas, and caused hundreds of millions of dollars in damages to Virginia despite weakening to a Tropical Depression. In 2016, Hurricane Gaston returned, popping up off the Cabo Verde Islands, growing to the size of a Category 3 and remaining as a relatively long-lived storm as it churned in the Atlantic Ocean.

But as soon as it was announced, Hurrican Gaston became the target of meme culture and is perhaps remembered best today by the comedy created by likening the storm to the chief villain from Disney’s Beauty and the Beast.

Here are a few examples: 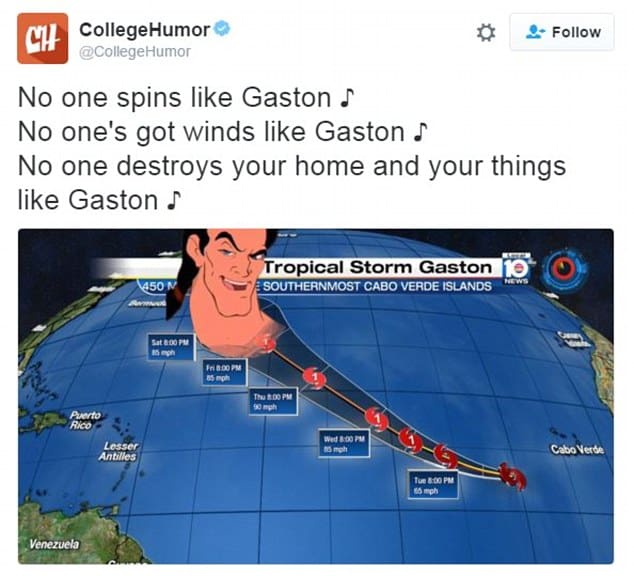 The prediction calls for four major hurricanes, which are at least Category 3 with maximum sustained winds greater than 110 mph. The average season has about three, according to the NOAA. Additionally, CSU is predicting above-average hurricane activity with nine hurricanes forecast for the season, two more than the average.

“Everyone should realize that it is impossible to precisely predict this season’s hurricane activity in early April,” CSU said. “There is, however, much curiosity as to how global ocean and atmosphere features are presently arranged as regards to the probability of an active or inactive hurricane season for the coming year.” 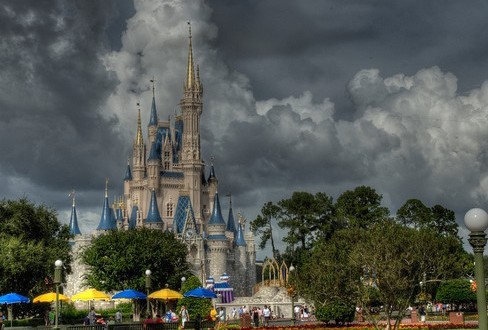 But why are we getting another Hurricane Gaston? The answer is that Gaston has never been a strong enough storm to have his name retired. Hurricane names are repeated every six years unless the powers that be no longer deem it appropriate to use a name.
According to the National Oceanic and Atmospheric Administration (NOAA),

“The only time that there is a change is if a storm is so deadly or costly that the future use of its name on a different storm would be inappropriate for obvious reasons of sensitivity. If that occurs, then at an annual meeting by the committee (called primarily to discuss many other issues) the offending name is stricken from the list and another name is selected to replace it.”