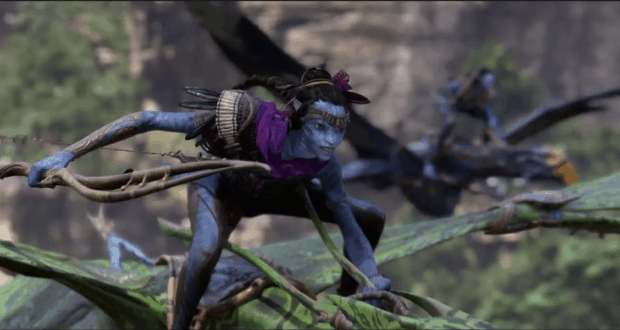 5 Attractions That Take You to Faraway Galaxies at Disney World

Whenever you hear the words ‘faraway galaxy’, there’s no doubt that Star Wars enters your mind. After all, the term is synonymous with the franchise, having been coined when Star Wars: A New Hope was released in 1977. But there are more faraway galaxies than just the Disney and Lucasfilm variety, and they aren’t only accessible in the movie theater – you can also visit them at Walt Disney World.

You can visit all kinds of destinations at the resort – remote jungles, haunted mansions, ancient temples and even the world of film. But there are also several attractions that take you deep into the cosmos, some based on popular movies like Star Wars and Avatar, and others entirely original. Here are some of the best attractions that take you to faraway galaxies at Disney World.

Our first galactic excursion comes in the form of Mission: SPACE at World Discovery in Epcot. Before we dive into the world of fiction, we thought it would be best to look at interstellar missions that put you in the shoes of an astronaut – literally! So for now, forget nerf herders and space rangers – Mission: SPACE is your gateway into the cosmos.

First, you’ll need to get some training underway. Did you expect to just fly into outer space without any preparation or tutorial? You’re not Han Solo, you know! Your pre-launch training will take place on the X-2 Deep Space Shuttle at the International Space Training Center. After that, you’re free to enjoy the world of space tourism.

Once you’re prepped, you’ll launch into outer space – but this mission is anything but routine. If you thought Star Wars-themed rides were action-packed, just wait until your dodging asteroids and flying around the moon. You can also choose which mission you undertake – which is great if asteroids aren’t your thing!

Buzz Lightyear was a huge hit when Toy Story was released, and was a widely popular toy both on and off the screen. He was ‘sub-franchised’ in the real world too, getting his own cartoon Buzz Lightyear of Star Command and even his own movie Lightyear in 2022 (which is based on the astronaut that would inspire the action hero).

So it came as no surprise that he eventually got his own theme park attraction at Tomorrowland too. Disney World’s Buzz Lightyear Space Ranger Spin is a ride that takes you to infinity and beyond – the Gamma Quadrant, to be specific, where new recruits must help Buzz Lightyear and Star Command defeat the evil Emperor Zurg and his army of aliens.

This slow dark ride is actually a lot more energetic than you might think, as it involves some competition with your fellow guests as you use your laser pistols to take out the enemy and score points as you go. The sound effects and visual aesthetics also help bring this ride to life, and while you don’t get to fly, you do get to spin… with style!

3. Star Wars: Rise of the Resistance

There’s no surprise that a Star Wars attraction has made it onto this list, and Star Wars: Rise of the Resistance at the themed land Star Wars: Galaxy’s Edge deserves a call out. Star Wars has been an immensely lucrative property since the first movie in 1977, having since spawned 11 more movies, a live-action show and several animated shows.

But that’s just the tip of the iceberg – since Disney purchased Lucasfilm in 2012, Star Wars has found a second home in Disney Parks. But Star Wars: Rise of the Resistance stands out for a number of reasons. For starters, it’s a varied experience, which means you’ll be walking, cruising on a droid-led shuttle and even engaging in spaceflight.

The attraction is themed around the Star Wars sequel trilogy, and includes a whole range of special effects. There are holograms, audio-animatronics, CG dogfights, spaceflight simulations and real First Order Troopers. But what really adds to this experience is the John Williams score – it just wouldn’t be an authentic Star Wars experience without it!

While Millennium Falcon: Smugglers Run is far more immersive, Star Tours – The Adventures Continue is specifically designed around ‘space tourism’. In fact, it’s the only time Earth has been included in Star Wars (although it’s also acknowledged to exist in the faraway galaxy in two separate franchises that are connected to the Star Wars universe).

Before you board a Starspeeder 1000, you’ll pass through a spaceport where you’ll meet C-3PO and R2-D2 in audio-animatronic form. This is Star Tours’ customs facility – some important checks need to be carried out if you’re going to be travelling to distant galaxies! But during spaceflight, things go awry as you encounter the Empire or the First Order.

While the ride and its characters are mostly based around the Star Wars sequel trilogy, the story is ever-changing. This 3D flight simulation might be a little old school, but there’s a certain charm to it. It’s not for those who are prone to travel sickness or nausea, but then neither is real space travel!

If we can compare any two IPs at Disney World, it’s Star Wars and Avatar. After all, both of these sci-fi juggernauts have their own themed lands and new movies on the horizon (they each have an open-world video game coming out too). But which is better? We’ll leave that to you to decide, but we think they each offer a unique galactic experience.

The Avatar-themed land is slightly different, though, as it’s not really about visiting the stars in a spacecraft, because by the time you arrive here you’ve already made the trip! The themed land is set on the tropical moon of Pandora, as seen in the sci-fi hit, and is home to two signature attractions, Na’vi River Journey and Avatar – Flight of Passage.

If we had to pick the best, it would be Avatar – Flight of Passage, seeing as flying is associated with space travel! After mounting a sky banshee, a ‘wrap-around’ screen will immerse you into this alien world. This breath-taking journey is a melting pot of the wonders of Pandora, and the explosion of nature all around will leave you slack-jawed.

There are many other ways to visit faraway galaxies at Disney World, so be sure to check out the rest of Star Wars: Galaxy’s Edge and Pandora – The World of Avatar. And let’s not forget the upcoming Star Wars: Galactic Starcruiser, which will also take you on a voyage to the stars. Who needs rockets when you have the magic of Disney World?