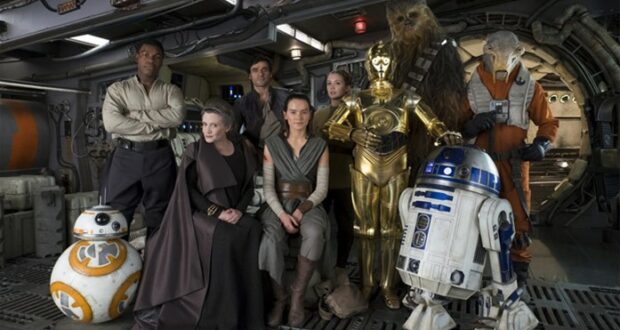 Can You Guess Which Star Wars Character Has Joined “Disney Fab 50” Sculptures?

Let the sculpture count continue! As Walt Disney World is gearing up for their 50th Anniversary celebration, properly titled, “The World’s Most Magical Celebration“, it seems like October 1 will never get here! We are however loving the little bits of news Disney keeps adding to the excitement. Whether you’re simply waiting to experience the new nighttime spectacular coming to Magic Kingdom called “Disney Enchantment”, the new spectacular coming to EPCOT called “Harmonious”, or want to snag all the 50th merchandise you can… we can’t help but be thrilled to check out the Disney Fab 50 sculptures that will be available throughout Walt Disney World’s four theme parks. While we’ve seen many Disney fan favorite characters selected for the Fab 50 thus far, now Disney has introduced a Star Wars character! Can you guess which one?

Beginning October 1, guests will have a chance to scavenger hunt through all four parks to virtually “collect” each golden Disney character sculpture on Instagram. So far, we know Mickey Mouse, Goofy, Timon and Pumbaa, Lumiere and Cogsworth, Daisy Duck, Winnie the Pooh & Piglet, Edna Mode, Dante, Joe Gardner, Cheshire Cat, Woody and Bo Peep, Donald Duck, and Mad Hatter are joining the Fab 50. Now, one of our personal favorite Star Wars characters has made it on the Fab 50 list!

As shared via Walt Disney Imagineering Instagram: “Disney Imagineers Ann Morrow Johnson and Scott Trowbridge have revealed that R2-D2 is part of the “Disney Fab 50 Character Collection” that you’ll soon find across the four @WaltDisneyWorld theme parks during “The World’s Most Magical Celebration” starting October 1 #DisneyWorld50″

Did you guess R2-D2?! The Instagram video says R2-D2 will be available at Disney’s Hollywood Studios beginning October 1. Which Disney characters are you’re hoping to see added to the “Disney Fab 50” line up? Our count shows Disney has revealed 18 out of the 50 characters thus far. We’ll keep sharing the news about which characters are included as Disney keeps counting down the Fab 50!