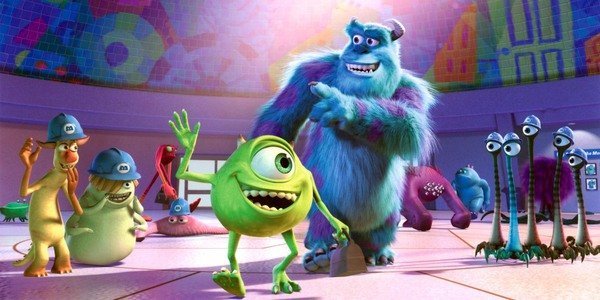 Did you know that there are two themed lands at Disney World that are getting their own open-world video games? Okay, while the games won’t be based directly off Star Wars: Galaxy’s Edge and Pandora – The World of Avatar, they will allow you to visit the universes made famous in the movies, which is even better! Yes, the deep tropical jungles of Pandora and the faraway galaxy will be yours to explore.

There’s even a Harry Potter-themed open-world game coming out in the form of Hogwarts Legacy, but let’s not get ahead of ourselves, as we’re here to speak strictly about Disney IPs we feel warrant their own open-world games. While there are plenty that could be adapted, we’ve picked those most worthy, largely because of the rich fictional worlds they created onscreen. So here are five Disney IPs that deserve open-world games…

It will come as no surprise whatsoever that Zootopia was an easy choice. The 2016 film was a huge hit and is now getting its own themed land at Shanghai Disneyland (until now, it’s fair to say this IP is one of many that has been underused at Disney Parks). There’s even a CGI series coming to Disney+, so now all we need is an open-world game that would make the Disney Infinity version look like a walk in the park.

Imagine following in the footsteps of Judy as you leave farm-life behind and make for the city of Zootropolis by train, passing all the different ‘districts’ as you enter a rich and vibrant world that’s teeming with sentient humanoid animals. You wouldn’t necessarily play Judy of course – you’d be able to pick your own animal and forge your own career path in the city! And there would be nowhere you couldn’t go, so you can forget the term ‘city limits’.

We can’t include Zootopia on this list without giving Monsters, Inc. a shout-out too. After all, there are many similarities between the two: a city filled with all kinds of creatures, its very own Disney+ series (Monsters At Work), Disney Park attractions and its own Disney Infinity game. Monstropolis is also home to unique inhabitants and is dripping with color, so it has all the right ingredients and aesthetics for its own open-world video game.

But what we think is so special about Monstropolis are the magic doors. Not only would an open-world game allow you to explore Monstropolis, you’d also be able to visit locations around the world, whether it’s to generate energy in your home city through scares – or laughter – or to locate Boo or another human child. Either way, your reputation would be on the line, and you wouldn’t want to end up banished like a certain Abominable Snowman…

While Buffy the Vampire Slayer isn’t Disney-made, it was still inherited through the Fox acquisition, so we think it’s only fair that we give at least one of the shows on STAR a chance. Buffy was a huge hit in the late ’90s and early ’00s, and while on first glance you might think that there’s nothing ‘Disney’ about this IP, we think the wise-cracking vampire slayer is due a Disney makeover. Not only that, but Buffy may just have a place in the Disney Parks yet.

But we’re here to talk about video games, and the world of Sunnydale is definitely one we want to explore. A third-person game was released in 2002, but we’d love to see something more open-world. After all, the town of Sunnydale is crawling with monsters, which is no surprise considering it resides on a ‘Hellmouth’. With your ‘Scooby Gang’, you’d patrol cemeteries, dark school hallways and underground lairs, as you set about preventing an apocalypse (or two)!

The Marvel Cinematic Universe has been incredibly popular since it started in 2008. Now, we’re at the 25th film in the series with Shang-Chi and the Legend of the Ten Rings, with the fifth TV series Hawkeye around the corner. There’s just no stopping the MCU, so it begs to question why there hasn’t been a game of equal proportions. A brand-new Marvel’s Avengers game is due out, but it’s not open-world, which we think this rich universe is in desperate need of.

So ‘what if’ the MCU had its own open-world video game? Well, it could be as big as the open-world Star Wars game that’s in development. After all, the MCU isn’t restricted to Earth – the entire cosmos is part of the fold. But how would that work? There would of course be limits, and it would all depend on which hero you’d choose to play. It might be a trickier game to develop, but nothing is impossible where Earth’s Mightiest Heroes are concerned!

Not quite what you were expecting, was it? Okay, we know we said we’d be looking at Disney properties, but technically, Disney World is a Disney property. You might be wondering, though, why anyone would want an open-world game that allows you to explore a Disney theme park resort when you can visit the real thing, but there are many reasons why we think this would work, and why it would probably be the best open-world game ever!

We can’t ignore the fact that this has been done before, though, with 2011’s Kinect: Disneyland Adventures. Set in Disneyland California, the game allows ‘guests’ to explore the theme park resort. But we think it’s time for Disney to release the ultimate open-world game. As a guest, you’d stay at a Disney Resort Hotel and then you’d be free to go on your own Disney World adventure, all the while locating characters, enjoying your favorite attractions and more!

Now that open-world video games are making a huge comeback, we’d be surprised if at least one IP on this list doesn’t get picked up. And if we had to choose, it would probably be Zootopia – it’s one of those worlds we just have to visit. But in the meantime, at least we have the themed land at Shanghai Disneyland to look forward to. As for the rest, we’ll always have Disney+, Disney Parks, existing video games and more importantly, our own imaginations!