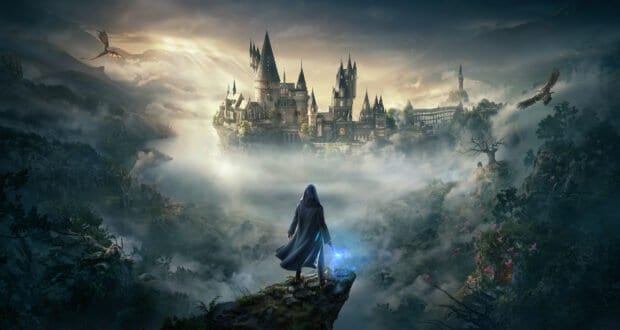 What if Disney Owned Harry Potter?

Shows like Marvel’s What If…? on Disney+ have certainly got us thinking whether the multiverse exists, in which every other reality is radically different to our own. And should it exist, then we’ve no doubt whatsoever that there’s a dimension where Disney owns Harry Potter and not Universal!

It’s not a far cry to imagine such a scenario – after all, Harry Potter has all the right ingredients for one of Disney’s IPs, even if the acquisition of Fox has muddied any lines of distinction. And could we ever really have imagined Disney owning Star Wars?!

But what if Disney owned Harry Potter? What would the movies have been like? Would the Wizarding World feel any different in Disney’s theme parks than it does at Universal Studios? Would it feel more magical or more muggle? Grab your broomsticks and join us as we see what things might be like in another reality..!

With eight Harry Potter entries and two Fantastic Beast spin-offs in existence (and a third on the way), it’s difficult to imagine how the movies might have turned out had Disney have purchased the property long ago. The truth is that they would have probably been just as magical, but probably a lot less dark.

It’s no mystery that the original Star Wars trilogy has some surprisingly violent scenes, whereas Disney’s three sequels are a lot more family-friendly. It’s not that Disney doesn’t make any dark material – you only need to watch The Clone Wars to know this isn’t true. But if they had made Harry Potter, we may have ended up with something much lighter.

The Harry Potter movies become increasingly dark as they go along. By the time we get to the end of Goblet of Fire, Harry Potter becomes a rather bleak affair until the series ends – but we wouldn’t have it any other way. We think Disney would have done a great job at capturing the magic, but Harry Potter would have likely suffered in other ways.

So how might Disney have done things differently when it comes to their theme parks? Well, for starters it goes without saying that Harry Potter wouldn’t look at all out of place at Disney World or any Disney theme park resort. After all, the Wizarding World is filled with fascinating characters and all sorts of fairytale-inspired creatures.

However, to say that Disney might have done a better job at the themed land would be a lie (and we mustn’t tell lies!). Of course, things would have turned out differently regardless, and it’s likely that Disney would have capitalized on Hogwarts more than anything else, especially given its obsession with magical castles!

Related: Universal Still Has a Lot to Learn from Disney

Suggesting that Disney would squeeze every galleon out of Harry Potter might be the most obvious statement that ever existed. Harry Potter is incredibly merchandisable, as seen since the first movie Harry Potter and the Sorcerer’s Stone cast an eternal spell on cinemagoers in 2001.

But what’s interesting about the way Disney merchandizes some of its IPs is that it tends to experiment with ‘crossovers’. Remember Vinylmations – Mickey-shaped figures each imprinted with the likes of every other character that isn’t just Mickey? Or the toy line where Mickey and friends posed as Star Wars characters?

Imagining how Disney would merchandise Harry Potter is fascinating. Sure, we’d get all the traditional stuff we already have – action figures, dolls, LEGO sets and pretty much anything else you can think of – but crossing Harry Potter with classic Disney characters would be interesting to say the least. Donald Weasley, anyone?!

The Wizarding World might be a lot closer than the faraway galaxy, but you could easily compare Harry Potter to Star Wars. Instead of lightsabers there are wands, the Force is replaced with magic, there are ‘fantastic beasts’ roaming around and you can even draw parallels between the Empire and the Death Eaters, as well as many heroes and villains.

While it’s easy to compare the movies themselves, what would it be like if Harry Potter existed in the Disney Parks alongside Star Wars: Galaxy’s Edge? And which of the two would be most synonymous with Disney? It’s easy to argue that Star Wars is already heavily associated, but that’s only because it’s all we’ve ever known.

If Disney owned Harry Potter, fans would probably be more accepting than they have been with Star Wars, as the Wizarding World is far more ‘Disney’ by default (two words: magical castle). With that said, both themed lands are equally immersive and perfect just the way they are. We just wish they were a lot closer together!

Since Disney purchased Fox in 2019 and acquired countless new IPs, it’s easy to think that they’ll stop at nothing to achieve world domination. However, it’s unlikely Warner Bros. will ever let go of the incredibly lucrative Harry Potter franchise, which has been filling their own underground vaults with gold since 2001. Unless of course Disney intends to infiltrate those vaults using memory charms and Polyjuice potion.