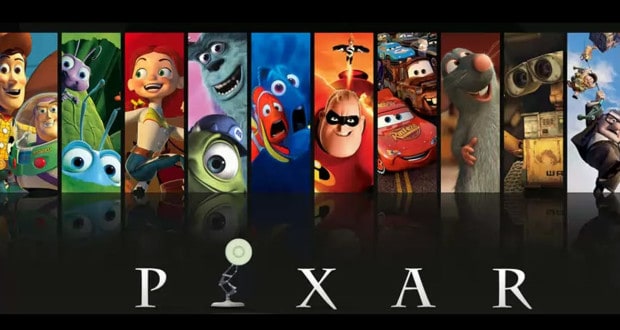 Pixar & Disney Movies That Are Underused at Disney Parks

It’s fair to say that we all want to see more of our favorite movie-themed attractions and experiences at Disney Parks, whether they’re of the Disney, Marvel, Star Wars or Pixar variety. And while each of those brands has certainly claimed plenty of territory within the theme parks, there are still a number of Pixar movies that are slightly overlooked when it comes to experiences and attractions.

The same can of course be said about Marvel – but that’s another story! So which Pixar movies are slightly underused at Disney Parks? We won’t go through an A-Z list of all the films that have ever been made, but we have carefully handpicked a few that we believe are the most adaptable!

2020’s Soul follows aspiring jazz musician Joe Gardner (Jamie Foxx), as he secures a gig with a famous singer. But things don’t go his way when he has a fateful accident while en route! We soon catch up with him in the afterlife where he becomes determined to make his way back home and fulfill his dreams. The film was a huge hit with critics, and while at surface level is a fun and visually striking affair, its existential themes will stay with you long after viewing.

To say that Soul has been completely ignored in Disney Parks would be a lie. Disney World’s EPCOT continues to host The Soul of Jazz: An American Adventure, which can be found at the American Adventure Pavilion. The exhibition includes the character of Joe Gardner and an insight into the history of jazz music. But we can’t help but feel that the award-winning movie has even more potential – preferably in the form of an accompanying ride.

But what kind of ride would the movie take the form of? There are many possibilities, but the first scenario that comes to mind is the one in which Joe’s soul is heading towards the ‘Great Beyond’ on an ethereal escalator of sorts, with countless other souls just like him. Sure, it might sound a little morbid, but from a visual perspective this could be a genius move on Disney’s part as it would definitely serve a ride quite well.

Of course, Guests would ‘abandon’ the path laid out before them just like Joe does in the film, and then end up in the strange netherworld of the ‘Great Before’, where unborn souls are assigned counselors to help prepare them for life on Earth. And as the ride winds to a close, Guests could then experience some funky jazz music, courtesy of a mortally-restored Joe Gardner!

We have a feeling that you expected Coco to show up on this list, because there’s really no argument that it’s the most beautiful Pixar film in existence. The film sees young Miguel, an aspiring musician whose family adheres to a strict no-music ban, end up in the Land of the Dead where he meets some interesting characters who had ties with his family back in the world of the living. Come to think of it, Coco has many similarities to Soul!

But even before Miguel enters the Land of the Dead, Coco is already a real feast for the eyes, with a stunning color pallete that continues from one world to the next. The spiritual netherworld might be teeming with lost souls, but it feels completely alive, thanks to vibrant designs and some heart-warming music that really lends to this film’s soulful nature.

There are already ‘riffs’ of Coco at Disney California Adventure Park in the form of ‘Plaza de la Familia’, a musical event that includes A Musical Celebration of Coco and the opportunity to write messages for your loved ones on the ‘Memory Wall’. There’s also Un Poco Loco, a Coco-inspired ‘scene’ that forms part of Mickey’s PhilharMagic at Disney California Adventure Park and Disneyland Paris, and soon Disney World, as part of the 50th anniversary celebrations.

Nevertheless, we think Coco deserves its own themed land – of this there is no question! The Land of the Dead might sound ominous, but if you’ve seen the movie you’ll realize it’s anything but. Sure, onscreen it’s not particularly welcoming of guests (at least ones that don’t belong there), as Miguel has to dress as a skeleton to blend in, but in real life we’ve no doubt that Disney would make it far more accommodating for those of the living variety.

Zootopia might feel like it doesn’t belong on this list because Shanghai Disneyland is actually building its very own Zootopia-themed land. And this is a genius move – not only is Zootopia hugely popular (or Zootropolis as it’s known in the UK), it has all the ingredients for a theme park setting: countless anthropomorphic animal species that inhabit a huge world which is divided into different districts, each of which represents different natural climates.

The movie tells the story of Judy Hopps (Jennifer Goodwin), who abandons farm life for the city of Zootropolis, where she hopes to become a detective. But her dreams are squandered when her chief assigns her the duty of dishing out parking tickets, the furthest from being a detective she could possibly be. However, when she crosses paths with crooked fox Nick Wilde (Jason Bateman), she jumps at the chance (pun intended) of proving herself to the force.

Suggesting that this movie is being overlooked by Disney when there’s a themed land in the works at Shanghai Disneyland is a little naughty, but it’s only because we think it deserves some recognition in all Disney Parks! The level of detail on offer within every frame of the bustling city is astounding, along with the sheer imagination that went into creating the city and its various districts in the first place.

There’s no doubt that we can expect rides, stores, food outlets and Zootopia characters galore at the themed land, but in the meantime, hopefully Zootopia will emerge in other Disney theme park resorts. A Character Greeting might be out of the question given the current climate, but perhaps a show centered around Judy Hopps’ time in the police academy wouldn’t be such a bad idea!

While we wait for these movies to get the attention they deserve in the theme parks, at least we can enjoy them on Disney+!