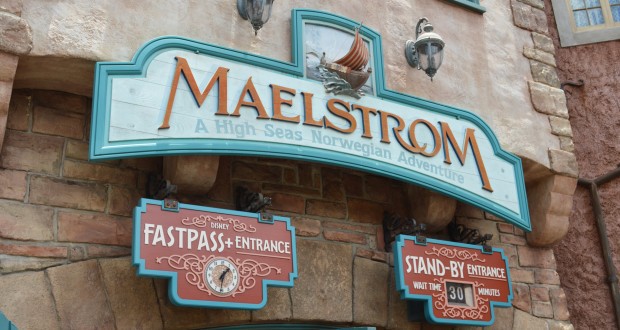 There’s a lot to love about Walt Disney World. Unique magic, delicious food, constant entertainment–the list could go on and on! However, Disney has also made a lot of changes over the years, adding new attractions and adapting its focus to appeal to the modern Disney-goers of today. This, unfortunately, means that some Disney rides and attractions have had to go–but they haven’t been forgotten! Here are six experiences in Walt Disney World that we used to absolutely love; may they rest in peace (or come back!).

6) Maelstrom. This attraction was located in Norway, within Epcot’s World Showcase, and was recently replaced for Norway’s new attraction Frozen Ever After (in keeping with that movie’s incredible popularity). The ride was slow-moving and educated visitors about Norway–but it did so through a dark, twisted ride that featured ominous figures like polar bears and trolls. These trolls were stunted, grisly-looking creatures–who were only similar to the new Frozen trolls in their height–and the end result was a ride that left visitors feeling awestruck, a little disturbed, and very, very interested in visiting Norway. The new Frozen ride is certainly well-done, but Maelstrom had an intensity that made it unlike any other ride in the World Showcase–and that makes its absence all the more noticeable.

5) Mickey’s Toontown Fair. If you wanted to look somewhere specific to find an example of Disney’s amazing detailwork, you could always find it in Mickey’s Toontown Fair (located in the Magic Kingdom). This town was the home of the classic Disney cartoon characters (Mickey and Minnie), and each character’s home was, somehow, a perfect reflection of him or her. The houses themselves were designed to look like cartoons, which made them all the more fun to explore; where else can you enter a cartoon character’s cartoon house? Many of the rooms, like Minnie’s living room, were also more open to visitors–meaning that you weren’t just walking through a series of roped-off rooms, but could actually feel like you were personally paying Minnie a visit in her home! This attraction was, obviously, appealing to children; however, it was also appealing to virtually any visitor who had ever felt a fondness for either of the ‘big-name’ Disney characters.

4) Honey I Shrunk the Audience! This show was perfect for anyone who liked shows with special effects and virtual reality, but who was too uncomfortable with insects to really enjoy It’s Tough to Be A Bug (a similar ride in the Animal Kingdom’s Tree of Life). If the “Honey I Shrunk…” title sounds familiar, it’s because this interactive film is a spin-off from the successful movie Honey I Shrunk The Kids. The interactive movie wasn’t too long, but it was funny and exciting–AND it was something that the entire family could enjoy, whether or not you had seen the original film.

3) Cranium Command. The Wonders of Life Pavilion was a wonderful location in Epcot, filled with educational and child-friendly attractions, but one very specific experience stood out: the Cranium Command. This indoor show was unique in that it brought the viewer into a young boy’s mind, with characters inside his brain who served as guides (in essence, this show was the Oscar-winning film Inside Out before that movie was even made!). These characters helped explain what was happening in the boy’s body as he reacted to outside stimuli (stimuli that the audience was watching through two screens–aka the boy’s eyes–designed to seem like the boy’s own perspective). Audience members could leave this show with an enhanced understanding of brain function, a few laughs, and some empathy regarding the (sometimes comedic) struggles of an average boy in school.

2) Pocahontas and Her Forest Friends. Pocahontas can still be found near Camp Minnie-Mickey in Disney World’s Animal Kingdom–but she no longer has a short show of her own. Pocahontas used to have her own small forested set (accompanied by live animals like her friend Meeko, a raccoon) and sang “Colors of the Wind” while educating the audience about nature preservation. The show had a meaningful plot–AND it was a lovely segue to The Festival of the Lion King, which is nearby! Most people at Disney World are always in the ‘musical mood’, but this was an excellent warm-up for anyone who wasn’t. You can still see Pocahontas in a Meet n’ Greet–but there’s no song, and the music of Pocahontas is so wonderful that its absence is always noticeable for those of us who know what we’re missing. And, considering that the show was a great one to introduce children to both environmental conservation and woodland animals, Pocahontas and her Forest Friends was definitely worth seeing.

1) Tarzan Rocks! Tarzan’s story has all the makings of a memorable tale: epic scenery, heartwarming moments, and an admirable hero. But the best part of the Disney film has got to be the music–which is why this show was such an excellent one! The show featured everything that we love about the movie (especially the soundtrack), with the addition of talented roller skaters and aerial acrobats. Even though most Disney shows are fantastic, this one was truly special–and although its replacement (Finding Nemo: The Musical) is indeed great, and although Tarzan is now a Meet n’ Greet in the Animal Kingdom, the show was still a uniquely entertaining and exciting experience.

These six attractions were some wonderful parts of Walt Disney World, and (although there is still plenty of Disney fun to be found!) they are really missed. Take some time on your next Disney World vacation to reminisce about them, if you were lucky enough to experience them yourself–and Disney Imagineers, if you’re reading this: please take some notes!