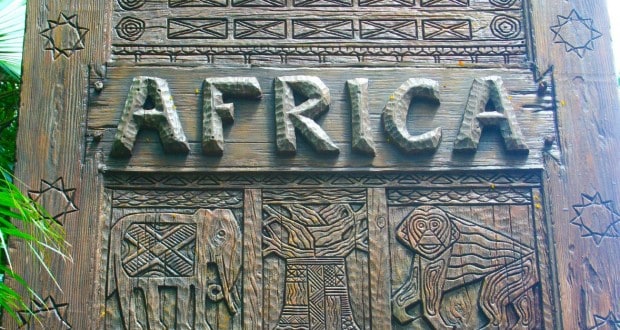 Ever since the announcement that Pandora: The Land of Avatar would be opening in Disney’s Animal Kingdom, guests have been anticipating the new rides and attractions that will soon open. What they seem to be overlooking however, is that the changing face of the overall park has led to changes in the individual areas as well. Africa in particular benefitted greatly from the changes. This popular area of Disney’s Animal Kingdom doesn’t look to be diminishing in its appeal anytime soon. Here are some of the wonderful things you can’t miss in Africa:

One of the most popular attractions in all of the Disney parks, and the centerpiece of Disney’s Animal Kingdom, Kilimanjaro Safaris looks to continue its popularity even after the opening of Pandora: The Land of Avatar. The CGI creatures that will undoubtedly inhabit the new land simply cannot compare to the broad diversity of life that is available right here on Earth, and well represented in the safari. While Avatar features fearsome predators, huge lumbering beasts, and colorful flyers, the safari offers up its own versions in lions, crocodiles, elephants, hippopotamuses, and flamingos. Not to mention giraffes, zebras, rhinos, gazelles, and ostriches. There’s no need to travel 4.37 light years to a moon circling a distant planet when you can just make your way over to Harambe village to see exotic animals! Check out “16 Wild Facts About Kilimanjaro Safaris.”

5. Festival of the Lion King

Probably the best thing that could have happened to this phenomenal show was the closing of Camp Mickey-Minnie to make room for Pandora: The Land of Avatar. The closing forced Disney to build a new venue for the show, and Harambe Theater was constructed in Africa. Not only did Festival of the Lion King get a brand new theater, but in constructing the theater in Africa the show got a much more fitting location for Simba, Timon, Pumbaa, and all of their talented friends. And they are indeed talented! The show features the acrobatics of the tumble monkeys, a beautiful aerial dance, a fire dancer, and stilt walkers, not to mention the incredible music of The Lion King and lots of audience participation!

A hiking trail located next to the Kilimanjaro Safaris, the Pangani Forest Exploration Trail features African animals over the course of an approximately 3/8 mile walk. The proximity to the safari ride gives you a second chance to see the okapis and hippopotamuses, just in case they proved a bit too elusive while you were on the safari ride! In addition, the trail features lowland gorillas, okapis, colobus monkeys, and meerkats. If you prefer our fine feathered friends, the aviary holds an impressive collection of over two dozen birds. For children who are collecting badges for their Wilderness Scout field guide, a wonderful in-park scavenger hunt program added to Disney’s Animal Kingdom in 2013, the Birding and Hiking badges can be earned on the Pangani Forest Exploration Trail.

Most Disney fanatics know that Walt Disney’s love of railroads led him to insist that trains be included in the original Disneyland Park in California. Rail transportation of one kind or another has since spread to all of the Disney resorts worldwide. At Disney World in Florida, all rail transportation can be found either inside the Magic Kingdom or just outside of it in the monorail system. The lone exception is the Wildlife Express Train in Africa at Disney’s Animal Kingdom. The locomotive runs from Harambe Village to Rafiki’s Conservation Station, but many guests enjoy simply taking a ride on the train. The seven minute trip to Conservation Station features a view of the Animal Kingdom backlot, including the elephant and rhino holding areas. The return trip takes approximately five minutes. For those who share Walt’s love of trains, the Wildlife Express Train is a real treat.

The only option for character meals inside Disney’s Animal Kingdom, Tusker House is currently one of only three table service dining restaurants in the park. With names like Donald’s Safari Breakfast and Donald’s Safari Lunch, Donald Duck is guaranteed to make an appearance. Daisy is also featured here, along with a couple of other characters that tend to be Goofy and Pluto though Mickey is sometimes seen as well. The recent addition of Donald’s Safari Dinner not only gives more opportunities for guests to enjoy a character meal, it hints at the longer hours of operation for Disney’s Animal Kingdom that many anticipate with the opening of Pandora: The Land of Avatar. But characters aside, the food at Tusker House is just plain delicious! Picky eaters will find some standard fare here, but those with more adventurous tastes will rejoice in words like chutney, frittata, Bobotie, curry, samosa, peri-peri, berbere, and blatjang on the menu! Check out our article “Tusker House – 5 Reasons This is The Best Food In Africa.”

Guests of the Disney parks who rush by any and all live entertainment on the way to their next ride truly miss out on some of the best entertainment in the parks. The musicians that appear in Africa are no exception and in fact may be the best that the entire Disney World resort has to offer. The Burudike Band is a talented group of musicians who perform a wide variety of amazing African music. And the Tam Tam Drummers of Harambe are extremely high-energy street performers who strongly encourage audience participation – namely, dancing! If you’re not dancing to the beat at these shows, at the very least you should be sipping a drink at the Dawa Bar as you watch!

With so much to offer, it’s not surprising that Africa is by far the favorite land of many Animal Kingdom guests. What is your favorite thing about Africa in Disney’s Animal Kingdom?

For more Animal Kingdom tips, consider planning and booking your next Disney trip with an Authorized Disney Vacation Planner you can trust like Mickey Travels. They’ll help you get the best price for your vacation, share expert advice and their services are totally FREE! It’s genius!