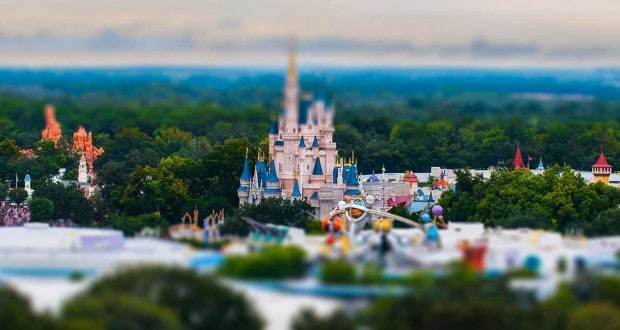 One of the most iconic theme parks is Walt Disney World’s Magic Kingdom. Cinderella Castle stands tall and proud in Florida but being the best isn’t always easy – sometimes it comes with many misconceptions. Make sure you don’t believe these lies about Magic Kingdom!

Walt Disney said it best: “Laughter is timeless, imagination has no age, and dreams are forever.” Walt had a vision of a place where families from all walks of life and people of all ages could go to and believe in their dreams. The Magic Kingdom is not just for little kids. There is no age limit on liking Disney princesses and meeting them or riding the different attractions and seeing the different shows. Grab a glass of wine in the ballroom at Be Our Guest, or have a date night under the stars and fireworks by the grass on Main Street with some Starbucks in hand. Regardless of your age or if you have kids or not, there is plenty of fun to be had for everyone!

There are tons of attractions in the Magic Kingdom that are classics and also some rides that are more thrilling. Pirates of the Caribbean and The Haunted Mansion are classics, and won’t get stuck in your head like It’s a Small World. But if you’re a thrill-seeker, there’s something for you too! Drop 50 feet at 40 miles per hour on Splash Mountain and hope you don’t get soaked! Travel through space – in the pitch black dark – on Space Mountain as you take twists and turns through the stars. You can drop into the seven seas on Pirates of the Caribbean, spin as fast as you can on Mad Tea Party, and take a ride on the Big Thunder Mountain Railroad.

Going to Walt Disney World is expensive and souvenirs can be expensive, too. But not everything is going to cost you an arm and a leg! Look for menu options at restaurants that might not cost as much, or even order a kid’s meal – sometimes the portions are the same or not that different than the adult sizes! If you’re looking at art prints, the postcards are cheaper than the larger prints and you can always put it in a picture frame at home and no one will know the difference! Disney pins are not that expensive either, and pin trading can become a fun hobby that becomes a regular part of your Disney vacation!

Reports have shown that Magic Kingdom can be the busiest theme park ever. That doesn’t mean you have to fight crowds all the time, though! If you catch the timing just right, you can enjoy the park without feeling like you’re trapped. The park is going to be at it’s busiest during holidays like Christmas, New Year’s Eve, and Fourth of July. Picking a time around a holiday rather than during it usually helps with the crowds. Also, with the exception of holidays, the park usually empties out after fireworks end – the park is still open after the fireworks, but that’s when most people tend to leave and many of the wait times for rides dramatically decrease. You don’t always have to fight a mob of people!

3. Nothing Healthy To Eat

While a lot of theme park food is, by nature, not the healthiest, there are healthy options to eat at the Magic Kingdom. Various snack stands throughout the park sell fresh fruit and the restaurants sell great salads, turkey or chicken sandwiches, and other options that aren’t necessarily a thick cheeseburger or cupcake. There’s even Dole Whip, a tasty pineapple ice cream treat available at Aloha Isle in Adventureland, that is only 80 calories for per half cup of soft serve ice cream! Many restaurants even have Mickey Check on their kids’ menus, which is a Mickey Mouse symbol with a checkmark that indicates that it’s a healthier food option for kids! If all else fails, you can bring your own snacks and water bottles into the park – bag check won’t take them from you!

Usually when people think of the Magic Kingdom, the first things that comes to mind are Cinderella Castle and Fantasyland. While there are lots of princess themes throughout the Magic Kingdom, especially with Cinderella Castle and Fantasyland, there’s plenty to do for people that aren’t fans of the princesses! Adventureland has Captain Jack Sparrow and the Pirates of the Caribbean, or you can fly with Dumbo in Storybook Circus. You can become a space ranger with Buzz Lightyear. Or of course, visit Mickey Mouse and his pals throughout the park. There are so many options for people who want to do things that aren’t princess related!

Some of the wait times for certain attractions can be extremely long but this is not always the case. There are ways to beat the crowds. Doing a little research before you go can be helpful, and you can get your Fast Passes before you go! Get them as early as possible and you’ll be able to skip right to the front of the line! Also, your timing is the most important. If you go when the park opens, there are going to be less people there than there would be at the middle of the day, and the same applies towards right before the park closes. Also, if you’re staying at a hotel on Disney property, you can take advantage of Extra Magic Hours where you get to stay in the park longer than other guests.

The Magic Kingdom is for guests of all ages; after all, it is the place where dreams come true! There’s something for everyone at this popular park, which is exactly why the Magic Kingdom is a place we all can love now and for many years to come. 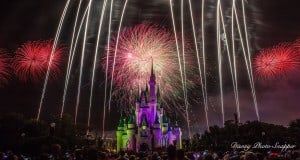 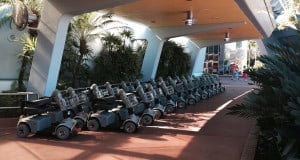