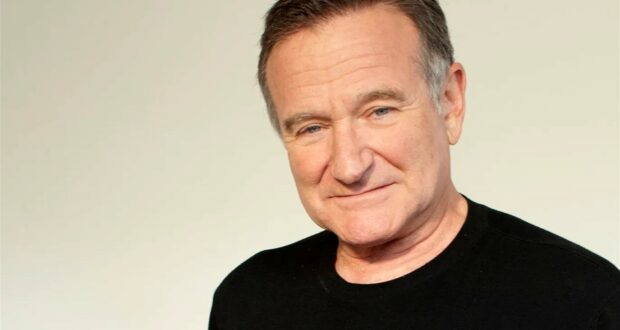 It’s hard to believe that Robin Williams, the beloved actor, and comedian, has been gone for seven years. On August 11, 2014, we can remember learning the news of Williams passing and feeling completely shocked and saddened. He was able to light up the screen as no one else could then or now. As Disney fans, we were especially fond of his voice performance as the Genie in Disney’s animation film, Aladdin. Williams was inducted as a Disney Legend in 2009 for his brilliant work with Disney. D23 noted what we all knew and loved about Williams, as “An engaging, bright, and inventive actor.”

When Williams committed suicide on August 11, 2014, the outside world was shocked, to say the least. We learned soon after that Williams was suffering from depression and anxiety as his family has since shared. The outpour of support for Williams’ family was incredible, and actors and actresses have since been more honest and open about voicing the real concerns behind depression in the industry.

On August 11, 2021, Zak Williams, son of Robin Williams, took to Twitter to share: “Dad, seven years ago today you passed on. The joy and inspiration you brought to the world carries on in your legacy and in your family, friends, and fans you so loved. You lived to bring laughter and to help others. I will be celebrating your memory today. Love you forever.”

And Zak wasn’t alone. Several people took to Twitter to remember Robin Williams including Josh Gad, the voice of Olaf in Disney’s Frozen.

Our hearts go out to Zak Williams and all of the Williams’ family as they share Robin’s memory seven years after his passing. The beautiful thing is that his legacy truly does live on in his iconic films, stand-up comedy skits, and simple photos of his captivating smile.

2021-08-12
Jamie Sylvester
Previous: Set Pictures From Samuel L. Jackson Shows Fury is Back
Next: Chris Hemsworth Celebrates His Birthday With A Cake Made By His Kids