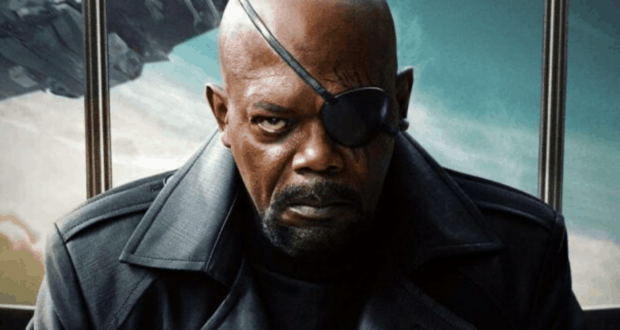 Set Pictures From Samuel L. Jackson Shows Fury is Back

Filming on The Marvels is currently in production and we just learned thanks to some instagram posts by Samuel L Jackson that Fury will be returning.

The former S.H.I.E.L.D. director has been working with heroes for years, but Captain Marvel established a firm friendship between Fury and Carol Danvers, revealing that she inspired the Avengers Initiative in the first place. So it’s no surprise that he’ll be back for Brie Larson’s second solo go-around as the character.

On his Instagram, Jackson posted three different pictures all indicating he was on set. One is a close-up look at Fury’s three-part facial hair while the other two showcase his super-cool MCU-themed t-shirt that depicts the beeper gizmo Fury used to summon Carol in Avengers: Infinity War, complete with his disintegrating hand. Anyone know where we can get one of these?

“Guess what time it is,” Jackson wrote in his caption. “Back in the box, just in The Nick of time!”

The Marvels is scheduled to blast into theaters on November 11th, 2022. We are thrilled to see Jackson back in the game.