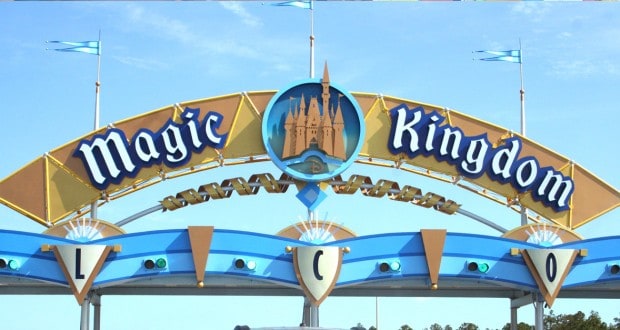 Walt Disney was a risk-taker. Me? Not so much. My type of risk-taking involves things like buying a swimsuit off the internet or eating at a mom-and-pop Mexican restaurant. Nothing perilous enough to leave me in great ruin. But Walt? He knew that with great risk comes great reward and threw caution to the wind when it came to building his magical empire. He was a dreamer and an innovator, his mind always looking forward to the future, constantly pushing the boundaries of creativity. There was nothing cookie cutter, nothing stale, nothing inside-the-box about what he envisioned for his theme parks. And due to this unequivocal legacy that he left behind, the Disney Imagineers continue to operate by the same “dream big” principles that propelled Disney World to where it is today.

Disney World is constantly in a state of evolution. They want you returning again and again and hope to ensure you do so by offering new and exciting attractions and experiences at every turn. There is always speculation and controversy is stirred when Disney changes things up, whether they remove an attraction completely or reinvent with an entirely new concept. Often these major undertakings pay off and every once in a while they miss the mark. But that doesn’t stop Disney from moving forward, from pushing the envelope and from taking that great risk we spoke of earlier. Here is a list of some of the major recent changes underway at Walt Disney World.

When Disney filed a patent for the use of drones at their theme parks, everyone was talking about it the next day. The use of these “flying robots” is a fascinating concept, such a mind-boggling advancement in technology that many of us aren’t even entirely certain what they DO exactly (raising my hand!). Apparently, three patents were submitted for drones of different abilities, the universal purpose being to enhance their already spectacular entertainment to the nth degree. One patent states they’d use a drone to carry marionette-versions of Disney characters for parades or other special event shows. The idea of Disney puppets like Tinkerbell or Peter Pan suspended in the air by a drone and flying past you during a show is fascinating to say the least. The second patent includes a case where the numerous drones would replace conventional fireworks by becoming lit-up pixels in the sky. I can’t wrap my brain around how this would look or work, but I’m sure the Disney Imagineers have it covered and it’ll be certain to blow us all out of the water (in a very safe and nonliteral way of course). The third patent includes a case where drones would carry projection screens, giving them the ability to display large aerial images collectively in the sky, perhaps like the Seven Seas Lagoon classic electrical water pageant, but this time in the air. Is your mind-blown yet? Yeah, mine too.

I cringe even having to type about this, not necessarily because I’m against it, but because I am well aware of the outcry this is already causing as Epcot is slated to remove the much beloved and classic Maelstrom ride in lieu of a Frozen attraction. Listen, don’t shoot the messenger. I understand both sides and am trying to be open-minded about it all the while clinging to my love of Disney of yesteryear (oh, how I miss Mr. Toad’s Wild Ride and Horizons!). Angry about the change or not, the Maelstrom waters are about to dry up for good and in will come the popular citizens of Arendelle (a fictional, but Norwegian-inspired country). The specifics of the ride itself have not yet been released, only to say that it will feature scenes and music from the film as well as a character meet and greet area. If this new Frozen addition only serves to whet your palette then you’re in luck—beginning on nights in early November through the end of the holiday season, Disney will transform Cinderella’s Castle into the ice palace from the movie.

A diehard Disney fan I am, a diehard Avatar fan I am not. I didn’t hate the movie, but wasn’t exactly eager to learn the native tongue of the Na’vi either. When I first heard that Disney is not only integrating this major motion picture film into Disney’s Animal Kingdom, but actually giving it its own LAND, I was slightly taken back…”Was this movie truly that popular?” I thought. “Does it have a strong enough fan base to justify such a massive venture?” The short answer is yes, to both questions. Cashing in at $2.8 BILLION dollars, Avatar is the highest grossing movie OF ALL TIME. Yeah, you heard me right—more people have seen Avatar than Frozen (hard to imagine, right?). Perhaps Disney is taking a gigantic gamble, hoping their roll of the dice adds an entirely new element to a theme park that currently centers on the great circle of life, from dinosaurs to current age. Sure, the land of Pandora and its inhabitants is just as fictional a land as Arendelle with its talking snowman, but I have no doubt in my mind that Disney is going to make this land amazing, just as colorful and brilliant as the movie itself. If anyone has that “Midas touch” it’s these Disney Imagineers, and they will no doubt not only turn this land into gold, figuratively speaking, but might just turn all the Avatar “haters” into Avatar “lovers.” Promising to be unlike anything you’ve ever experienced at Disney, guests will be able to explore the land of Pandora, flying high with banshees and discovering a rich natural environment with mountains that float and interactive plants that glow at night. Construction on this project is already underway, though this wondrous new land is not slated to officially open until 2017.

There are few people as excited about this complete overhaul of Downtown Disney as I am. Yes, I know, the construction is a giant headache right now—clogging up the parking and walkways with what seems like a million cars and people—but it is sure to be worth it when it’s all said and done. This already popular destination that doesn’t require a pricey park admission will hold 150 shopping, dining, and entertainment experiences. Downtown Disney has needed some freshening up for quite some time now and this entirely new concept of the grounds will certainly give it the makeover it needs. I’m definitely still mourning the permanent closure of Cap’n Jack’s Restaurant and Marina but I imagine that the change will be good and the new restaurants debuting will be impressive. Head over to the Disney Parks Blog to get all the specifics on the dining and shopping that will eventually emerge at Disney Springs, which is due to be completed in 2016.

Bid your farewells to Off Kilter, Mo’Rockin’, Spirit of America Fife & Drum Corps and World Showcase Players. These much loved musical groups are taking their final bows as new acts are slated to be replacing them. Promising to enhance your multicultural experience in Epcot’s World Showcase, Disney will slowly be adding in new groups and performances such as traditional Berber music and dance troupe in Morocco, a corps of vibrant flag-waving performers in Italy, a captivating lumberjack-inspired show in Canada, a Celtic folk music ensemble at the United Kingdom, and more. Is this another controversial and bold move on Disney’s part? Oh yes. Petitions to keep these treasured entertainers have been circling the internet for some time now, but alas, what is done is done—the final appearances have already been made. I’m sad to see them leave (my heart aches the most at Off Kilter’s departure) but am certainly wiping my brow and letting out a reassuring “phew” as they are keeping the Voices of Liberty in the American Adventure Pavilion.

Officially completed in May of this year at the opening of the Seven Dwarfs Mine Train attraction, I simply had to mention this new section of the Magic Kingdom as it was one of the most massive developments we’ve seen completed at the theme park in quite some time, nearly doubling the previous Fantasyland’s size! The expansion includes completely new rides and places to eat and just the sight of it inspires childlike wonder for people of all ages. It’s gorgeous and whimsical and downright brilliant. In the Enchanted Forest section, you can dine at the Beast’s Castle at Be Our Guest Restaurant or grab some grub at Gaston’s Tavern. You can sit and enjoy story time with Belle at Enchanted Tales with Belle. You can also ride a clamshell around Prince Eric’s Castle and journey under the sea with the new Journey of the Little Mermaid ride. There is also an Ariel meet and greet at Ariel’s Grotto. Head over to the Storybook Circus section to experience a completely re-mastered and interactive version of Dumbo The Flying Elephant’s ride. Also to enjoy here is the much loved Barnstormer, Casey Jr. Splash N Soak Station, Pete’s Silly Slideshow and the Fantasyland Train Station.

This list would not be complete without mentioning all the recent changes Walt Disney World has undergone to make a more immersive and more personal experience for every Disney guest. This transition has not been without much trial-and-error but I think it’s slowly growing on me. With the new MagicBands you are able to pretty much do anything on Disney property (get into the parks, pay for merchandise and food, enter your resort room) with the wave of your wrist. You can log onto the My Disney Experience app on your phone or online to personalize and plan your next vacation, giving you the option to purchase a Memory Maker package (love this!) before you even leave your home as well as making FastPass selections for your favorite attractions. It all seems a little overwhelming and complex now because it’s new, but I am sure after some time passes it will be par for the course and everyone from the first-time guest to the seasoned park goer will enjoy and appreciate this new feature. Disney continues to test, adjust and add features to the MyMagic+ experience, eager to hear guests’ feedback and striving to improve. As with many things you have to learn from scratch, it can be frustrating to navigate the ins and outs of all these new features, but with a little patience you will be able to enjoy your Disney vacation on an entirely new level.

1. Other changes worth mentioning include the complete refurbishment of the Polynesian Resort’s main lobby area and quick service eatery, Cap’n Cooks, as well as their main pool area. All this change comes shortly after the new addition of their Vacation Club Villas which are in the final stages of construction. Also be on the lookout for the new restaurant that is to replace Cat Cora’s Kouzzina at Disney’s Boardwalk Resort. Trattoria al Forno will feature Italian-inspired dishes and is scheduled to open in December of 2014.