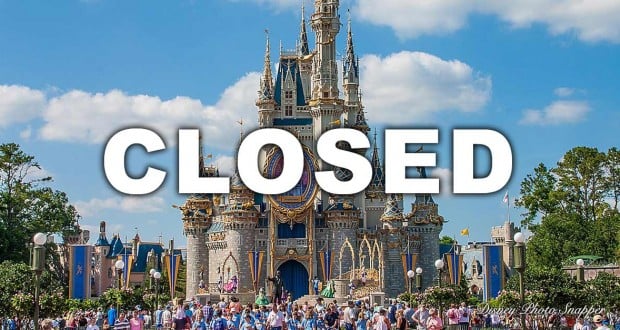 10 Discontinued Rides We Miss The Most At Disney World Parks

There are some of us who have been frequenting Disney World for decades and have witnessed many rides and attractions come and go. Often, over time, rides need simple updating like in the case of EPCOT’s Spaceship Earth. Other times they get a complete overhaul—remember how vastly different the old Star Tours ride at Hollywood Studios was? Still, in some cases, they sadly are removed completely, and all that remains are the small remnants of the distant yet wonderful memories they left us with.

When rides or attractions are on their way to extinction, what typically follows is an outcry from fans who just can’t fathom the idea of the theme park without their beloved ride (Hello, Maelstrom!). And who can blame them? These rides and attractions are associated with some of the most timeless memories from vacations we cherished with our loved ones and can even resurrect the wonder of our childhood. When the nostalgia of a long lost Disney ride hits you, you can be sure that the little stirring deep within is an experience begging to be remembered and kept alive. The list is long of Disney rides and attractions of yesteryear, some holding far more powerful memories than other more forgettable ones. Take a trip down memory lane with us as we recount our top 10 Disney World rides and attractions that are no longer with us.

This ride based on the book and Disney movie of the same name was nestled inside the old Fantasyland at the Magic Kingdom from 1971 through 1994. On this popular ride, guests boarded the Nautilus “submarine” guided by Captain Nemo as he narrated your journey through an underwater adventure of dark caverns, coral reefs and dangerous deep sea explorations beneath the deadly ice caps. The magic of this ride totally hinged on the passenger’s imagination as each seat had a porthole where endless bubbles emerged creating the allusion that the submarine was delving into deep waters. There were animatronics galore, from fish to scuba divers to giant attacking squid, and even an underwater graveyard of sunken ships. Despite its popularity, the ride eventually closed down due to loading difficulties as the subs were not handicapped-accessible, long lines (each of the only three recurring subs held 38 guests at a time), and the difficulty and high costs of maintenance. 20,000 Leagues may have taken a dive for good, but our awesome memories still stay afloat.

Located inside the old Wonders of Life pavilion at Epcot, this motion-simulator ride had guests “shrunken down” to survey a splinter-removing mission carried out inside a human body. Sure it was uber-jerky and promoted stomach-churning nausea as you bounced off blood cells and sped through veins and capillaries but there was something thrilling and exciting about rescuing Elisabeth Shue as she was being attacked by white blood cells in this long-gone attraction. I was always a little unsteady on my feet after I got off this ride, but it never stopped me from returning again and again. This attraction began in 1987 and closed in January of 2007 and is “bloody-well” missed.

Sure it was a little frightening for kids, but hey, at least they warned you in the title. And perhaps that’s why this ride was so loved in the first place. It uniquely centered on the movie’s villain and had you wondering after every turn where the scary witch was going to pop up next. Though the ride did get a more lighthearted makeover in 1994, it still had the same essence of the original and finally got the axe in 2012, making way for the new Fantasyland expansion in the Magic Kingdom. If you thought this ride was the fairest in the land, no worries, you can still head over to Disneyland in California for a slightly different, but mostly similar version.

Located in the Future World area of Epcot, this ride featuring the evolution of transportation was enjoyed for its length and the many animatronics, sets, props and effects. While in your slow moving vehicle, you were given an imaginative look at the history and achievements in transportation, including scenes showing the invention of the wheel all the way through looking at modern day transportation as well as visions for the future. I remember this ride well, everything from the cavemen animatronics blowing on their bare feet to moving through the captivating and encompassing “speed rooms,” and was pretty upset when I heard they were removing it back in 1996. Apparently there was a strong demand for more thrill rides at Epcot and this ride was “driven” out, making way for Test Track.

As a child, I used to think this audio-animatronic attraction was called “Veggie Veggie Fruit Fruit” thanks to one of the catchy numbers they sing in this fun and upbeat how. I even grew up with a Kitchen Kabaret placemat that I practically insisted on using with every meal because I loved looking at all the quirky and fun kitchen characters and reminiscing about the show (man, I wish we had kept that!). This 13-minute show brought forth a healthy message as it centered on the food groups and the importance of eating your fruits and vegetables, but did so in a silly and fun way. The animatronic characters such as Bonnie Appetite and the Kitchen Krackpots were so impressively entertaining that they are just imbedded in my brain’s memory box, easily resurrected when I think about my childhood Epcot memories. The corny humor, the memorable songs—it was so darn good. The show began in 1982 and was replaced by “Food Rocks” (which is also no longer there) in 1994. I miss it. I wish it still existed. Perhaps I’ll start a petition.

If you thought the powerful smell of oranges first made its debut on a Disney ride in Soarin’, you are sadly mistaken. The orange grove scene in Horizons had everyone who rode on this futuristic look at the world breathing in that strong citrusy scent. This ride was also located in Future World at Epcot and like World of Motion was heavily animatronic-based, giving you glimpses into the future with scenes featuring technology that we could only imagine at the time. Now that the future is actually here, the ride certainly would have needed a major overhaul just to keep pace, but alas, this was also removed completely in 1999, making room for another thrill ride—Mission: SPACE.

There is just something about these vintage Disney attractions and their theme songs. I could sing the Dream Flight song for you in its entirety, I remember the evocative melody that well. Whether you remembered this attraction originally titled If You Had Wings or the second remake If You Could Fly, this ride was a pop-up book version of the history of flight featuring theatrical sequences, simplistic sets, Audio-Animatronic scenes, and projection effects. I remember the overhead voice announcing, “Ladies and Gentlemen. Your Dreamflight will depart immediately for the future. Please prepare for supersonic takeoff” and then moving through a room with fog and a spinning light only to enter a giant, film-projection room simulating flying through the sky as if you were in an airplane. My nostalgia is heavy for this ride that departed in 1996 and a few years later was replaced by Buzz Lightyear’s Space Ranger ride in Tomorrowland’s Magic Kingdom.

Of all the rides of yesteryear that have since been removed, I can understand the reasons why the Skyway is no longer with us. This gondola in the sky giving you a birds-eye view of the Magic Kingdom’s Fantasyland and Tomorrowland was not a high-capacity ride and the lines were oh-so-long to experience this one-way, exhilarating view of the Magic Kingdom. This ride closed down in 1999, Disney indicating it was time to make room for new and exciting ventures. Though it was only a five-minute experience, I’ll always miss the sway of the bucket-in-the-sky as you felt like a bird hovering over the magical grounds of Disney.

Yeah, I’m still a little bitter about this one. I can’t for the life of me understand why the original version of this ride is no longer with us. Anyone who has had the opportunity to experience the old Figment and his Dreamfinder friend will tell you it was light-years better than the new, tacky and vastly-different version of the ride. The older version was so inventive and imaginative and classic. I read a report from a Cast Member who got to ride on the very last train to make its journey through. She stated that she and her co-workers were all in tears as they sad their goodbyes to the unique and wondrous version of the ride which closed down in 1999. I suppose I should be thankful that they didn’t remove Figment completely from EPCOT as you can still encounter this rascally purple-dragon today at the theme park. I’m just simply not-on-board with the Imagineers in regards to this new version.

I understand that the Disney Imagineers are constantly striving to keep their parks fresh and new, updating and renovating them to keep the attractions exciting to its guests. I get it. Part of me understands that kids today probably won’t find the 1949 animated adaptation of The Wind and The Willows quite as exhilarating as I do, but I long for this missing link in the Magic Kingdom. I’m quite jealous of all the Disneyland guests that get to experience this ride still today. I enjoyed every bit of this old attraction from climbing into that motorcar to zig-zagging my way around Mr. Toad’s stomping grounds.

YOU MAY ALSO LIKE : 8 Things You’ll Miss When You Leave Disney