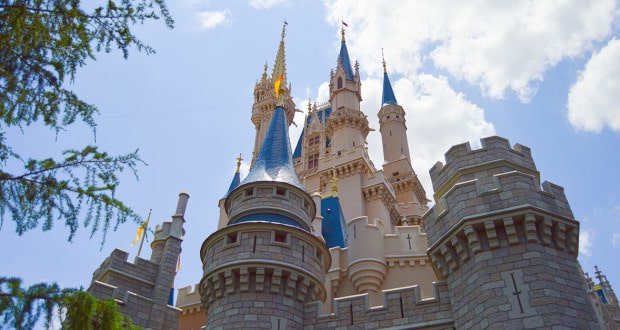 8 Things You Should Never Do at the Magic Kingdom

The Magic Kingdom is the most popular theme park in the world. It is home to classic attractions and wonderful restaurants. Since it is replete with rides, attractions, and on most days, lots and lots of people, there are things that you should never do if you want to get your most out of your day at the Magic Kingdom!

8 – Skip Getting Advanced Dining Reservations – the Magic Kingdom, despite being very popular, is a relatively small park and there aren’t many table-service restaurants that you’ll be able to walk into and get a table. If you’re planning your trip in advance, make sure to make dining reservations as close to the 180-day mark as possible so you can dine at one of the most popular restaurants at the park – Cinderella’s Royal Table, the Crystal Palace, Be Our Guest or the soon-to-be-opened Skipper’s Canteen in Adventureland.

7 – Not Make FastPass Reservations for the Most Popular Rides – since the Magic Kingdom is home to most of the attractions that everyone knows of, you’ll want to take advantage of Disney’s FastPass service and schedule them for three popular rides. At the Magic Kingdom, any of the rides in the “mountain range” are always good choices, but so are classics like Peter Pan’s Flight, Jungle Cruise, the Haunted Mansion, and Pirates of the Caribbean.

6 – Show Up Late – the best advice to handling crowds at the Magic Kingdom is to show up early, either at rope drop or, during Extra Magic Hours. Arriving early allows guests to experience some of the rides and attractions with smaller lines and minimal wait times. You’ll be able to ride some less popular rides and get them out of the way, or even ride a popular attraction and be able to experience more than once!

5 – Miss the Parades – the Magic Kingdom is home to two great parades: the Main Street Electrical Parade and the Festival of Fantasy Parade. You shouldn’t miss either of them. The Festival of Fantasy Parade features all of the classic Disney character and princesses and is run everyday at 3 PM. The Main Street Electrical Parade features a pageantry of music and lights and it showcased every evening, sometimes more than once – make sure to check your Times Guide to see when it will be being run during your visit.

4 – Miss a Classic Attraction – there is something magical about riding one of the classic attractions at the Magic Kingdom. Climbing aboard Peter Pan’s Flight or a Doom Buggy at the Haunted Mansion or flying amongst the big tops with Dumbo. There are so many different attractions that fit the bill, that you’ll just maybe want to try them all!

3 – Attempt to Conquer the Park in One Day – even though small, Magic Kingdom has a lot for guests to do! Unless you’re on a very short trip, do not try and do everything at the park in one day. You’ll miss out on some of the attractions or taking in the environments throughout the themed lands. If you are able to dedicate two days to the Magic Kingdom, try visiting once during the morning and come back later during the evening so you can see everything lit up at night!

2 – Not Meet a Character – between Mickey Mouse, Tinkerbell, the princesses at Princess Fairytale Hall, Buzz, Woody, or Aladdin, there are a lot of characters for guests to meet with at the Magic Kingdom. It will make your trip even more magical if you take some time to meet at least one character. You can even meet characters as part of a dining experience at the Magic Kingdom at Cinderella’s Royal Table, the Crystal Palace, and Be Our Guest. You can also use a FastPass for your character greeting too!

1 – Have a Sour Mood – this is next to impossible because one you are on property at the Magic Kingdom and walk under the train station and see Cinderella’s Castle standing in the distance, you’ll smile and feel incredibly at ease and armed with these tips, you’ll have an amazing time exploring the themed lands of the Magic Kingdom.

The Magic Kingdom is truly magical in its ability to transport guests to different times and places throughout theming. What is something that you never do when visiting the Magic Kingdom?

Dining Experiences Magic Kingdom rides Walt Disney World 2015-11-17
Tyler
Previous: The 7 Tips and Tricks for Getting the Most Out of the Epcot International Food and Wine Festival
Next: 11 Fantastic Facts About Magic Kingdom’s Mad Tea Party Ride