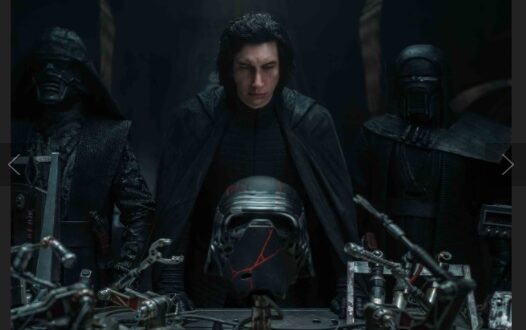 A Star Wars Comedy Film is Reportedly in the Works!

Even before Star Wars and Marvel Cinematic Universe were both acquired by Disney, comparisons were being made between these two. Now that they are both owned by the mouse himself, we might see even more connections between these two wildly popular franchises.

Lifelong fan Kevin Feige freely admits that George Lucas’ sprawling mythology had a huge bearing on how he approached his own set of interconnected films, and he’s now about to produce a Star Wars blockbuster of his own. There’ve also been constant rumors that Lucasfilm are looking to replicate the MCU formula when it comes to the future of a galaxy far, far away, and they’ve even roped in Jon Favreau to be the architect, over a dozen years after he launched Marvel’s series of superhero stories with Iron Man.

However, some fans weren’t too pleased with the Sequel Trilogy incorporating what they labeled as ‘Marvel comedy’ into Episodes VII, VIII and IX, but that was just one of many issues they had with the last three feature-length installments. The MCU’s quip-happy style and constant levity has already become a hallmark of the franchise, but insider Daniel Richtman is now claiming that Lucasfilm is planning to up the ante even further by developing a full-blown Star Wars comedy film.

The tipster offers no further details to elaborate on his statement, but pivoting to intergalactic slapstick would certainly be a bold decision from the studio. Not to mention a potentially disastrous one that could see them come in for even harsher criticism from an already disgruntled fanbase, especially when they can always watch Spaceballs if they feel the need to imagine how Star Wars would look with the focus placed firmly on laughs.

How do you feel about the growing connection between these two franchises?