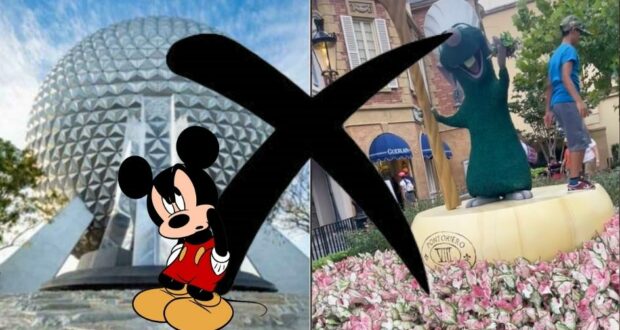 VIDEO: Adult Climbs Onto Restricted Area with Child for Photo-Op

In yet another example of Disney Park Guests’ bad behavior, an adult and child climbed onto a Topiary to get some photos.

The trend of Guests climbing into unauthorized areas at Disney Parks has been going on for a while now. Be at Disneyland Resort or any of the Disney Theme Parks; some Guests seem to be willing to do most anything, including breaking the rules, to get the photos they want. This time, it’s at EPCOT.

Yesterday, on August 24, an adult and a child were spotted in an unauthorized and off-limits area. In a video on TikTok, the pair (presumably father and son) climb over the fence and into the flower bed to get closer to the Remy topiary.

The child climbed onto the Remy topiary right before a Disney Cast Member told them they could not be in there. The adult and child then got off the Remy topiary and walked back through the bed of flowers before leaving the restricted area.

This kind of troubling behavior is seen worldwide. Earlier this month, a Guest climbed a pole in Disneyland Paris. This comes after Disney closed an attraction due to Guests climbing the structure. 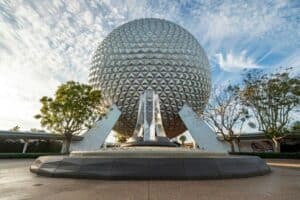 Perhaps some Guests need a reminder of the strict measures and policies that the Walt Disney World Resort and other Disney Parks have when it comes to prohibited behavior, particularly relating to when Guests are on the property. For Walt Disney World specifically,

“Engaging in any unsafe act or other act that may impede the operation of the Walt Disney World Resort or any part thereof.

Unauthorized access or entry into backstage areas or areas designated only for Cast Members.

The official rules can be found here.

We all undoubtedly love having our own Disney experience, but it should go without saying that safety and security come first.