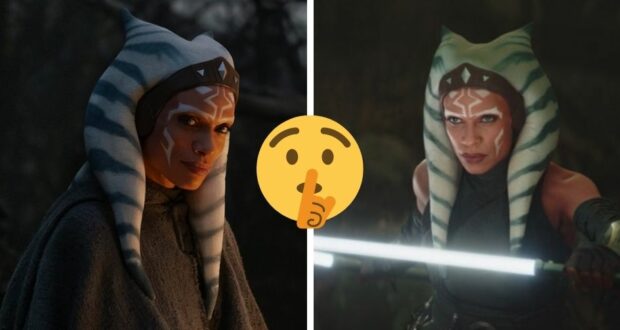 Rent actress Rosario Dawson has joined the Star Wars universe as “alien Force-seeker Ahsoka”, a character who has previously only been represented via animation (and voiced by Ashley Eckstein) — and apparently, the actress is finding it difficult to stick to Star Wars-level secrecy while filming her character’s TV series!

In a recent interview with Vanity Fair, Rosario Dawson admitted that she has almost been responsible for at least one Star Wars leak to the public. Dawson first became a candidate for the role of Ahsoka Tano after sharing some fanart of her as the character online, so the actress understandably has used social media to share her enthusiasm about her role now that she’s actually been cast and production on Ahsoka has started.

Ahsoka Tano, voiced by Ashley Eckstein, in ‘The Clone Wars’ with Boba Fett. Both characters also appear in ‘The Book of Boba Fett’ .Credit: StarWars.com

A typical example of Rosario Dawson’s oversharing as a Star Wars fan includes her video-chatting with a family friend while in costume (which includes “full blue-and-white head tails framing burnt-umber makeup and white warrior markings”). “I called my friend Polina because her son Cosmo is a huge fan of Star Wars, knows every ship, every robot,” Rosario Dawson told Vanity Fair. “He sees me and throws the phone across the room. Just freaked out. I’ve gotten ice cream with this kid. We’ve hung out. But it was too much that this character he loves was starting to talk to him and said his name”. 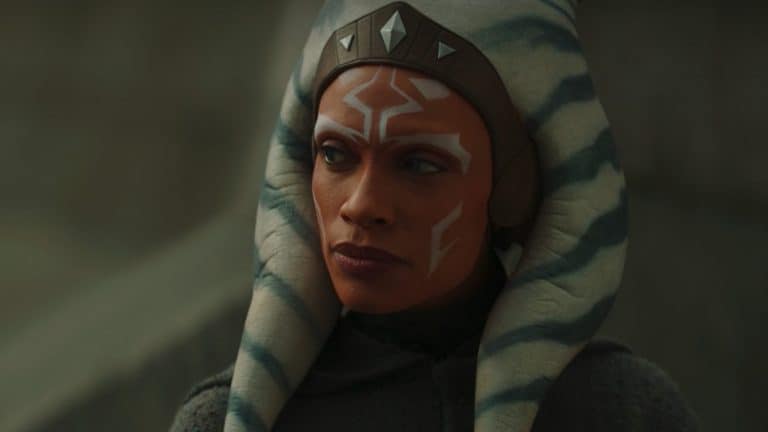 Rosario Dawson as Ahsoka Tano, who has appeared so far in ‘The Book of Boba Fett’ and was previously an animated character voiced by Ashley Eckstein. Credit: Lucasfilm

Dawson’s enthusiasm and her use of social media have also apparently posed some bigger threats, however — particularly when it comes to the inclusion of Hayden Christensen (who plays Anakin Skywalker and the villain Darth Vader) in the Ahsoka cast. When rumors about Christensen’s return began circulating, Rosario Dawson mistakenly shared the news on Instagram with a caption implying that the rumor was true (since she thought that the news was already confirmed). Fans took her social media post as confirmation about Anakin and Vader, and apparently “the powers that be at Lucasfilm were distressed”.

“I looked in my email, and Star Wars was like, ‘You might want to take that down,’ ” Dawson said in the interview. “I’m like, ‘Man, I can’t be trusted.’ ” Rosario Dawson is not alone in her struggle to keep everything a secret, however; Star Wars actor Diego Luna also shared in the interview that he found it very difficult to keep secrets about the plot from his family. Obi-Wan Kenobi actor Ewan McGregor’s wife is joining Rosario Dawson on the show Ahsoka, too, so Rosario will have another actress to commiserate with while they try not to leak anything online!